Other Records by Talking Heads 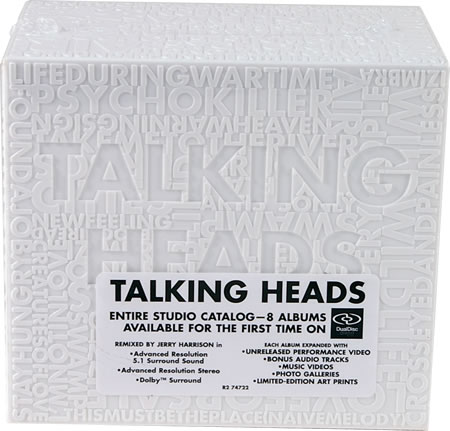 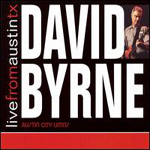 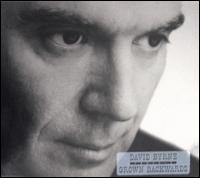 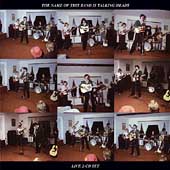 The Name of This Band is Talking Heads Reissue

In the 1999 VHS release of Jonathan Demme’s magnificent Stop Making Sense, the film itself is followed by an interview with David Byrne, by David Byrne. Donned in the now-legendary oversized suit, Byrne stares placidly at himself, throwing away difficult questions about lyrics or style with the terse promise: “I’ll tell you later.” Yes, he will tell himself later, you think, because he already knows the answer. He’s a crazy guy, that one. But there is something alienating in the distance the man creates between the swollen shoulders of his Neanderthal “Big Suit” and the archetypal personas of David as interviewer (as pirate, as geek, etc.). Googly-eyed and ineluctably uncomfortable, Byrne explains the suit as an extension of the Heads sound; he makes music for the body by dwarfing the importance of the head. And the distance makes sense: Byrne as body is hiding something from Byrne as head and, in his bulbous eyes, to take them as one is to miss the euphoria of the concert experience. The head just can’t comprehend the undulations of an ecstatic body.

With fourteen tracks added, The Name Of This Band Is Talking Heads, the new reissue of the 1982 live classic, can now emerge from the shadow of its 1984 successor and surpass Stop Making Sense in the live TH canon. Overall, it carries a meticulous introduction to early Heads material, including 1977’s Talking Heads: 77, 1978’s More Songs About Buildings And Food, and Fear Of Music, the 1979 masterpiece produced by Brian Eno. New selections from their 1981 Remain In Light tour have been added to a second disc, demonstrating that within four quick years, the Heads had grown into cock-eyed snake charmers, conjuring divine epilepsy in the frothing multitudes. Even as regards their least accessible material, Byrne’s cadence is convincing and the musicians seem poised to elaborate on his every jarring move.

Although Speaking In Tongues is a formidable release, brimming with subtler explorations of pop and new wave, The Name‘s exclusion of Tongues tracks focuses the vitriol of the Heads’ first years into an appropriate dissection of their roots. Discarding theatrics for pure energy, Talking Heads undressed pretension and the expectations of typical CBGB fare, allowing each note to attack the flesh on its own. In its range of spot-on songs over a short period, and in the deep red of its nascent clamor, this reissue is a better introduction to the seminal band than Stop Making Sense or the recent Rhino The Best Of The Talking Heads. Ooraburas tattooed with the nervous gnaw marks of a fourth grader‘s number two pencil: Byrne, Weymouth, Frantz, and Harrison feast on their own heat, the music of The Name banged together at the bottom of a cauldron.

The first disc of this set details four live performances from the first two years of Talking Heads. From conception, their goal was to foster something crooked and ultimately poignant; Chris Frantz has said that they set out to “change the way people assumed a rock band should look and sound.”

“New Feeling” launches the album with a bitter trail of cymbals that finds relief in David Byrne’s grainy maw, while its springy guitar riff and tumbling bass line sound steep and clear. Thankfully, Ed Strasium’s mixing never feels strained, aided by the skill of the Heads, who are beautifully in form from the beginning. “A Clean Break” simply succeeds in Byrne’s ability to recognize the limits of his voice. “The Big Country,” the first of many solid additions to the original release, is a lopsided gallop into the furious reverie, “I’m Not In Love.” “Love” is hyper and disturbed, on the brink of losing control. In fact, most of The Name is sharp and spastic. Byrne, Pentecostal preacher and sycophantic taxi cab driver, succumbs to the gods in his loins and then, panicked, tries to exorcise them out. This house is clean!

And this building is on fire. The band’s songs, dressed as simple tales and bare funk, become frightening anthems--endlessly catchy but steadily distressing--about the dread inherent in everyday happenings. As such, the desperation in Byrne’s voice is more urgent than in any of the first Heads studio releases. Tracks “Artists Only,” “Mind,” and “Memories (Can’t Wait)” lumber through paranoid screaming and stunted beats with the vulnerability of a Midwestern widower in mourning. “The Girls Want To Be With The Girls,” the unnerving lovechild of Brian Eno and Cyndi Lauper, reeks of missed car payments and skyrocketing insurance premiums. Placing “Heaven” at the end of Disc 1 is a brilliant strategic choice; its pure pop sensibility creates a stronger tension between vocals and guitars than Fear of Music’s lilting ballad could ever maintain. After the synths and gospel vocals let up, the ravenous weight of the disc is eased to the ground.

Disc 2 expands the quartet to a ten-piece, catching the Remain In Light tour in the midst of the band stepping into its stride. Bernie Worrell, on clavinet, scours the underbelly of “Born Under Punches,” and what was once a skeletal studio track gains satisfying weight. Backup singers Nona Hendryx and Dolette McDonald rein in Byrne’s bucking delivery in “Crosseyed And Painless,” which trumps the original, fleshed out with a fantastic salsa pace. “I Zimbra” is all trembling muscle and “Houses In Motion” is all trembling sin; it could be easy to resent the Heads for indulging in simplistic metaphysics and shaking to an orgy of devil-beats, but they are only catering to the heavy impulses of the human body, and don’t seem to give a shit otherwise.

The Name is a caterwauling hunk of avant-garde precision. Through bloated physical fury, it encourages joints to snap and nipples to stand erect. It pulls knees behind necks and laughs at the crescent moons of contorted backs. It taunts and leads the bodies of its listeners, working viciously in the torso while abandoning the confusion and over-analysis of the brain.

The Heads seduce the flesh in order to look and act like no other band, playing flawed music to inspire flawed bodies. At the tail end of the punk era, in a time when image could say more about talent than music or lyricism, Talking Heads embodied the violence of primordial ooze. Intellect could not be trusted, and only the body, the last frontier of humanity, could be so solipsistic as to survive the gaping hole that relativism—even hedonism—had left in a disillusioned drug culture. No other band has complimented the body as they have, and The Name testifies to that enduring impact.

It only makes sense, then, to cherish this account of the dawn of four splendid careers. Embrace the buzz in your femur, suck out the marrow, and dance.