Other Records by The Tallest Man on Earth 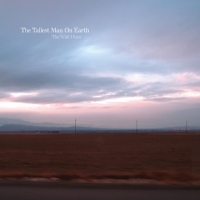 The Tallest Man on Earth: The Wild Hunt 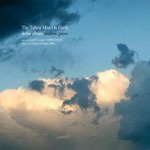 The Tallest Man on Earth

Son of a bitch. I probably would have been handcuffed into talking about Bob Dylan even if the Tallest Man on Earth was just a folkie troubadour, but at least then I may have been able to get away with some brief, glancing comparison. Something about his “earthen descendants still roaming America’s harmonic highways.” But the Tallest Man on Earth actually does a somewhat credible Dylan. A kind of woozy indie-folk version, sure, but most definitely enough in the neighborhood that I need to sit here now and attempt some bullshit genealogy backward toward the glow of the ’60s Idyll.

It’s impossible for me, a 25 year old in 2008, to talk about Bob Dylan without sounding like a 17 year old giving a book report in 1966. Here is one of the most well documented (see: Pitchfork review of this album), comprehensively mythologized (see: I’m Not There) individuals in American history. I have nothing to add to the Bob Dylan conversation, except that I’m glad I’m not the guy who’s going to sit on your porch at 2 a.m. bumming half your pack of cigarettes trying to explain to you Bob’s true influence on the American collective soul. I know that guy. That guy’s a drag.

I’ll leave it at this: more than any of his other contributions to art, I think that Dylan used his mystique to demonstrate beauty without the trappings of prettiness. He played on America’s ingrained mistrust of perfection by rasping out his understated poetry in an obscured form that made people work to enjoy it. That guy sitting on your porch smoking your Parliament Lights will probably tell you that Blonde on Blonde (1966) hit him like a fucking train, and he just knew, man. This may be true, but more likely he’s romanticizing it in hindsight. If everyone could appreciate Dylan immediately his music wouldn’t have held the same reward for devotees. It definitely wouldn’t have had the lasting effect that it did.

It’s starting to sound like I’m being interviewed for a VH1 list, I realize, but: what does it mean for someone 42 years later to sing in that style? To sing like Dylan now is to reassert a statement about art and culture that has since, through the force of the artist being copied, become ubiquitous to the point of idiomatic. It’s a strange, cyclical thing. The rasp itself, pregnant with two tons of hot gravel, has now become its own beauty. Even, ironically, it’s own prettiness—especially when it tangles itself around simple, measured fables like the ones on Shallow Graves. Because like many folkie troubadours, Kristian Matsson pronounces a bard’s omniscience through specifics, lending an unnatural heft to the images viewed through both sides of the telescope. In “The Blizzard’s Never Seen the Desert Sands” he claims elemental control: he’s a heathen god, scaring seraphim choirs shitless as he drives the winter storm down the highway by his golden calf and into the sun through sheer will, just to see what will happen. A pagan agent of chaos. He maintains this control for much of the album, “setting the sun” to his liking on “Into the Stream.” But there’s also consideration of the sacrifices this kind of wild power requires: “I set my house on fire / I don’t need it anymore.” The bard, self-styled or otherwise, doesn’t get to live or eat or sleep or play Mario Galaxy; he exists to write and, at times, to breathe his writing into the world from which he stands removed.

Understanding this contrast is how talented artists of this genre manage to sound so vital and so weary at the same time. The contrast is also inverted, as on the titular “Gardner”; he is driven to a series of murders in order to preserve his god-like status as, that’s right, the “Tallest Man on Earth” in the eyes of the one he loves. And as he leads her through his gorgeous garden, made fertile by the corpses of his victims, the metaphor of contrast is as unassuming and graceful as the heartland sunset guitar strums: “So now we’re dancin’ through the garden / and what a garden I have made / And now that death will grow my jasmines / I find it soothing I’m afraid.”

Sure there’s more obvious prettiness here, too. Stunningly so on the achingly fatalistic ballad “I Won’t Be Found,” which I’d stand against any Sam Beam cut. I mean, just the voice is enough to quiet a room. It’s too pretty to be Dylan, but there’s hard miles of character in that voice, too. Hell, there may be even more prettiness than actual beauty on Shallow Graves, but Matsson is a songwriter with enough sense to set up his contrasts and leave them to stand there glaring at each other, without cute wordplay or unsolicited political innuendo. So maybe each opposing pole has a flowered wreath encircling its brow, but the Tallest Man on Earth didn’t get that way by cutting his vivid, cinematic poetry off at the knees with clever resolutions. If he did he’d just be another hack doing a bad Bob Dylan.