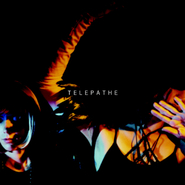 As much as I find myself coming back to Telepathe’s Dance Mother, it’s only because the album has exactly as much urban thrum as it intended, and I expected, from the very beginning. It rarely steps outside of the boundaries imposed by virtue of it being a Dave Sitek-produced album by a Brooklyn band. I know this is a chicken-or-the-egg thing, a dense and distant community-driven piece perhaps unknowable to the Ottawa-bred me, but the point is that this album seems about as routine for the scene from which it echoes as the B Line screeching from the Bronx on down.

As mentioned, TV on the Radio member and Scarlett Johansson’s buddy Dave Sitek once again mans the boards. He plays to the primary appeal of hiring Dave Sitek to produce your album by making Telepathe sound as much like TV on the Radio as possible, all crisp drums and reverb laden vocals, and adds yet another layer to Brooklyn’s self-regulating sense of incestuousness. What does it mean that these bands constantly reaffirm each other’s presence on their mutual radar? Dance Mother has much in common with the Yeah Yeah Yeahs’ newest entry into their catalogue, It’s Blitz!: produced by Sitek, features a duet with TVOTR member Tunde Adebimpe (I wonder how many times Sitek needs to produce your band before you get Hamilton Leithauser), often sounds more like a parody than a full-throated declaration. The difference being that Blitz sounds like a parody of the Yeah Yeah Yeahs and is thus virtually unlistenable, while Telepathe is a parody of Brooklyn electronic-pop, and so is frequently quite nice. See “Can’t Stand It” and “Michael,” where the vocals eagerly sway to the songs’ easy hum, Sitek somehow breathing air into flat arrangements in a testament to his burgeoning production acumen.

So, the album suggests either local literacy or a lack of self-determination. It’s a sleek animal, efficient and competent and hitting all of the right touchstones, allowing the collective charisma of dual songwriter-singers Melissa Livaudais and Busy Gangnes to elevate otherwise fundamental arrangements to knowing backdrop. But it’s still a shame: their voices are everywoman accessible but this techno-lite lovingly shrink-wraps Livaudais and Gangnes’ occasionally playful vocals (and, it has to be said, their habitually terrible lyrics). “Chrome’s on It” posits their cutesy phonetics as entirely the point, making the album feels like a girls’ night out at karaoke with Sitek picking the songs, selecting the serious over the self-deprecating, the redundant over the brave. “Devil’s Trident” offers a spoken-word puzzler with an impoverished Beat poet sketch where the song needed a primary vocal melody. It’s produced into the atmosphere in order to cover the fact that, beneath the sheen, it’s a pulsing light and nothing more. “Trilogy” plods along without ideas, all aesthetic and no gravitas for almost seven minutes.

All of which isn’t to suggest that Dance Mother isn’t fun more often than not. “In Your Line” sounds so much like TV on the Radio that it’s actually a pretty decent song, and the duo doesn’t even need to sacrifice its attendant thesis in the process because, well, there isn’t one. Brooklyn’s music scene is established enough so these sort of mimicry albums, which bob to the surface in the wake of better bands’ passing, are never truly terrible. But I wouldn’t go so far as to suggest that Telepathe have exposed themselves to the rigorous mores of self-interrogation and artistry. And until they strike out from under Brooklyn’s big tent, I’m not holding my breath, either.