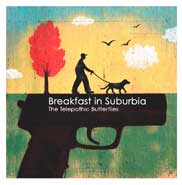 It was announced this morning at 10:04 eastern standard time from the desk in the bedroom of my apartment that there’s “just, like, way too fucking much music happening right now, man.” I mean, I’ve got this gig, right? So ostensibly I like music, but sometimes I think that music, like many other wonderful and arguably culturally essential movements that have thrived before it, is over.

A perfect example of another such dancing corpse is the presidential electoral process. Anyone even briefly watching the conventions in Denver and St. Paul can’t help but come to the conclusion that this is, at this point, a sick, sad joke. The concept of political discourse at this level is dead and moldering, replaced by snarky punch lines and soft, unverifiable contradictory statistics. The conventions—the election itself—is a post-mortem twitch.

And so too with music. I think it’s done. I think that what most of it is now is some kind of post-modern placeholder for a vague, gutted image of what it used to mean. In this sense Breakfast In Suburbia is not some one-off, riffed-up, paean to, say, Revolver (1966). It is Revolver in 2008. It’s the Revolver today’s average music consumer deserves. There’s even a gun on the cover for those who process best visually. Breakfast In Suburbia is vaguely Brit-rock. “If It’s All Too Much” is vaguely “Eleanor Rigby,” but, like, super-duper vaguely. Like so so so many others, the album suffers from a kind of inter-track hemorrhaging where one catchy melody seeps into the next with an open chord strum and a reassuring sigh.

Now, let me stop you mid-eye-roll and say that I realize how elitist and wrongheadedly nostalgic and alarmist and reactionary and blah, blah, blah this all sounds. Let me be clear. I’m not saying that there’s no good or exciting music left out there. And, yes, I realize that a majority of the good and exciting music ever made was made at the fringes, far away from the vortex of pap that has also always been present since time began. What I’m saying is that big “M” Music—the whole enterprise—never had to deal with the sheer volume of mealy, shiftless pabulum that it is currently charged with the task of encapsulating. Put another way, the good has never been so hopelessly dwarfed in quantity and salience by the bad.

And that’s not even the worst part, because Breakfast In Suburbia isn’t a bad album. It really isn’t. It’s well produced, the melodies are bouncy, if wearying, and the songs are tightly written and executed. It’s just that there’s no hint of nuance or tension here, and not in the guileless, cute twee way, and not in the unadulterated chest-poking hardcore way. It’s just, you know, fuck those things. We don’t need them. And this is the part that really hurts: they’re right.

Why kill yourself trying to access and commune with the parts of humanity unlocked by music? It’s basically the same three or four emotions over and over and over. I mean, other than sudden onsets of crippling world-weariness, we’re not having any new emotions that I don’t know about are we? It’s still the same three or four that were kicking around our skulls in the sixties? In the forties? In the twenties? Ok, just checking. Well, fuck it then. Just hit some pleasure centers, play some familiar progressions, and relax, guy. Leave the heavy lifting to the KFW’s of the world. Let them explore the arcane limits of sound and the aural experience. If that’s the last frontier, fine. But that’s kind of my point: that’s the last frontier.

Clay recently put succinctly an opinion of his that I’ve heard him voice in various ways over the past few years. He said: “I cannot stand the amount of singer-songwriters that exist.” Well, yeah, but that’s just the tip of the iceberg. Every genre, through the democratization of the medium, has ballooned to bulbous, cartoonish girth, and the ranks are swelled not by the people who make the god-awful music (I think “Is This Childish Enough For You, Sean Ford?” proved that those people are a fun subculture) but by the artists who somehow release nine albums. I remember when people would ramble excitedly about how the digital revolution would allow more people access to more different types of music, thus vanquishing the corporate recording industry paradigm. I’m not sure that it occurred to any of us that that same movement would allow everyone to make music too. Or that they would. Or that, in doing so, they would implode the universe.