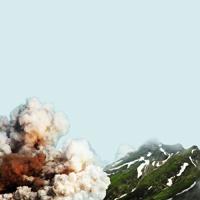 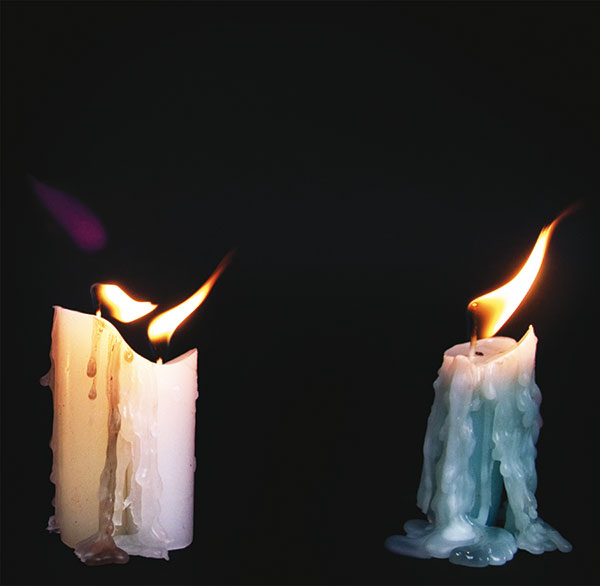 Golden Worry is a tight beast, a bloodshot horse ridden with a switch to intense thirst—driven to economy, gaunt and ready to do some mean things to survive. Its arrangements are long enough to stretch the galloping intersection of double-time guitars and post-punk drums, to approach, in places, the dreaded “jam” label, but somehow it all comes together at thirty minutes to perfect duration. Which is to say: Golden Worry is short, leaving the listener as hungry as Thank You sound.

Never departing from its principles of momentum and dirty melody, it’s all surprisingly expansive and substantial for an album that’s about as long as Sufjan Stevens’ “Impossible Soul,” and has little more than two guitars, some keys, and drums that sound like a full bookshelf tipped down a spiral staircase. This seems to be precisely because the trio of Michael Bouyoucas, Jeffrey McGrath, and Emmanuel Nicolaidis sound so assured—Thank You appear from note one to be a band who knows exactly what it wants to be, what it wants to do, what kingdoms of geek chic it wants to worship in one moment and burn down in the next. They evoke the mighty quirk of Deerhoof in one moment, in others any number of post-punk progenitors (the first band that comes to mind, maybe weirdly, is Haymarket Riot). But what sets Golden Worry apart is that one subtle, and yet seemingly eluding quality: the ability to self-edit. There’s not a wasted moment here. Again, I point to the album length, and invite you to remember Billy Corgan as foil for all that is good in songwriting.

Where Golden Worry differs from Terrible Two (2008)—a similarly deadly, if less serendipitous collection of what could sometimes sound like one-and-done rock songs—is its extremes of both drive and melody. The former seemed to be about locating the band on a spectrum; _Golden Worry _is about burrowing down into that spot, entrenching the band, making their right to be there indisputable. Listen to the playful/ghastly wail of “Continental Divide,” the simple guitar leads over the frenetic strumming, and is that a mouth harp? The breakdown is bracing, and then you get two bars before the band returns to coda squawks and tongue-in-cheek posturing, and a minute of Pavement noodling to take us out. “Birth Reunion” sounds, at first, as if it will insist on being shit-eating cute: the keyboard plink sounds like evidence of a coming fuckaround. Then it just kind of starts working, becomes melodious, and picks up. Nothing of that first ten seconds give away any of the minutes to follow, the interlocking drums and the mantra textures. Now imagine: all of what I just described, even when it gets atonal, even when it gets knotty, sort of sounds like it’s supposed to be there.

Thank You are, for all intents and purposes, post-punk, but they seem less about the inhuman precision of the post- than the hot mess of the –punk. Their sloppiness is rule, their formula like a gyroscope whose spinning is all that holds it together. It’s not confrontational, like, say, Lightning Bolt, and it’s not an exercise in mathematics, like Don Caballero or Battles. They’ve struck a balance, similar to Terrible Two, that’s instantly accessible, consistently surprising, and extremely satisfying. Let’s hope that Golden Worry is indication that 2011 won’t be a miserable, dithering fuck-up year like 2010 was. Thank You already sound a year wiser, and ready to go.