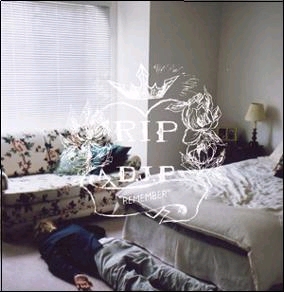 The All Purpose Voltage Heroes

The End of Daniel Johnathan Poole

It hits you about three songs in. The opening track (the fantastically titled “Everything’s fine in Mansionland’) is a barely-registering tinkle, and “Bust Outta Compton!” grabs your attention like only a bleeding-throat funeral dirge could. But it’s not until “Let’s Talk Talk” goes from a Spanish tango to a glitchy scream-along for no apparent reason that the reality of the situation uncovers itself: the All Purpose Voltage Heroes are fucking nuts.

The End of Daniel Johnathan Poole, one of two independent albums they've released, sounds like a record made by grizzled keyboard-fucking CNN interns backed by a twelve-armed wildebeest on drums. And the keyboards are attached to remotely detonated time-bombs, and the wildebeest just did a mountain of blow. And they’re all animated, and they fight crime . . . crime involving both time-travel and ghosts. Evil knight ghosts.

Ok, I’ll stop. But it’s not like it matters who these guys are, or where they’re from (Edmonton, if you’re big on “specifics”), because the album itself is a half-assed batshit explosion that mines the territory between Minor Threat and the soundtrack to the NES videogame Castlevania. If that sounds awful, you’re right, because it is. But it’s also great. Fortunately, I can say shit like this, because the band is kind enough to let us share two MP3s with you. Start on “Bust Outta Compton!” and get a feel for it; most of the album’s like that. “Chaos vs. Havoc” is the mid-album freak-out, a little less consistent and inventive in its songcraft than the rest of the album but no less ear-piercingly terrifying/great.

“Chaos vs. Havoc” also ushers in the final third of the album. From the pulsing chimes that open “Bread / Bomb Trail” to the sweltering scream that closes “Rival Turf," Poole’s final third is the album’s bloody, stainless steel heart. Throughout the album, APVH have embraced a songwriting ideology destined for shoddiness: these songs are thrilling, baffling mini-epics, packed with so many random, disparate ideas that there’s no room leftover for choruses. But there’s nothing hit-or-miss about the five songs that close Poole. There’s one great moment after another: the breathless scream “STOP!” in “M.S.S.O"; the Vonnegut-biting “Bombs in Reverse Build Cities"; the slow-hum ferocity of “Rival Turf."

I think this album’s hilarious. I also think it’s about American foreign policy. I also think it’s sometimes close-to-brilliant. I could be wrong about any of this, but I know there’s something to be said for what The All Purpose Voltage Heroes are doing here. Three songs in, I knew these guys were fucking insane, and I thought at least they’re pretty funny, even if humor-n'-rock and roll is a tightrope stretched across the abyss of novelty.

But the last four words of this album have something else to say entirely. It’d be no fun spoiling the trickster ending here, but I will say this: APVH pull the rug out from underneath you on this album in a vital, modern way that established artists (ahem, Hail to the Thief) could never manage. By the end of Poole, APVH’s cartoon nightmare’s started to look frighteningly similar to our world. Both of our skylines are dotted by the same falling bombs, and when they scream “We want it all,” just like Zack D unconvincingly did, you wonder if it’s meant the same way. Because if so, this album is terrifying.