Other Records by The Kills 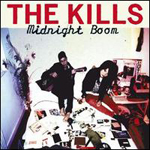 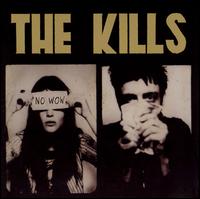 Somewhere in Florida there’s a drugstore missing all of its cough syrup. Somewhere in Great Britain there’s a bathtub absent all of its meth. Somewhere in America a corruptible youth is pressing play on The Kills’ sophomore album, No Wow, and coming to new conclusions about life.

No Wow is just that sort of album. A lot of people, myself included, wrote-off the Kings of Leon’s Aha Shake Heartbreak aas a dirty, tasteless record --- kind of like how both of the The Libertines’ albums have been dirty in a scruffy, crack-addled sort of way. No Wow is dirtier than either, except in this case it’s more about being depraved. And mean. The other albums might rub up against you in a bar and/or send you a double rum via the one-armed bartender named Rexy; No Wow leaves tequila on your ear with its tongue, sits on your best friend’s lap, and winks at you all night long, licking its thick, red lips.

The first thing the band has going for it is the atmosphere it creates, or, conversely, the lack thereof. No Wow is almost painfully sparse, with Hotel’s simple, steady drums matching the straightforward guitar lines and vocals from VV. There are no flourishes, as the band leaves plenty of open space to operate in. This is all step one of the Kills’ personalized take on blues revival.

And let’s discuss that. The whole blues revival thing really isn’t really reviving the blues, and The Kills have figured this out. Remember Ghost World, where Steve Buscemi whines about how the blues revival is bogus? (Remember Blueshammer?) Blues is built around simple repetitions of passages, there’s not that much to it. The sort of guitar heroics that the White Stripes, Von Bondies, and Black Keys go for has little basis on blues as it was originally played. This is how The Kills set themselves apart. None of No Wow is all that flashy. VV and Hotel basically do one thing while slowly getting louder over the course of each song. And it works.

Note “I Hate the Way You Love”, where the band really knocks one out of the park. They start out loud and slow, stripping away layers, until Hotel leans into his bass drum and lets VV sneer out one of the sexiest vocal performances I’ve heard this side of Honus Honus. She sounds like Peaches covering Chrissy Hynde, with just a bit of PJ Harvey thrown in. All at once. In a cheap motel. On film. Still winking.

The handclaps for “At the Back of the Shell” are a nice touch for an otherwise somewhat bland track. “Rodeo Town” lets VV show off her full vocal range, which is surprisingly broad, and with “Murdermile,” Hotel gets his shot at lead vocals. It’s hard to tell if it’s the anger in his voice or the conflicting, chillingly-conveyed cool that makes the end result so sublime.