Other Records by The Long Winters 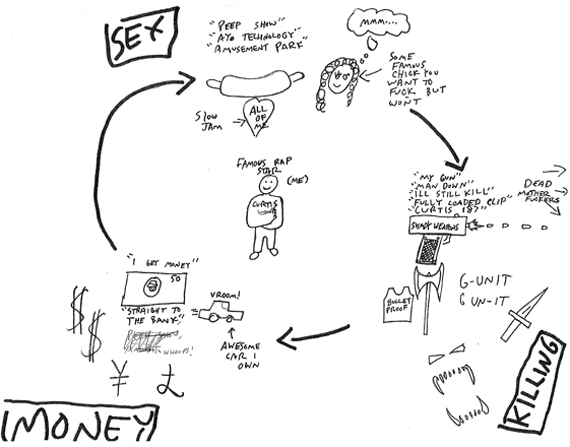 Putting the Days to Bed

Like a meteorite in the Jurassic sky, in many ways the year 1998 signaled the end of “alternative” rock. Looking back, that year was the next logical step in a long progression; as grunge went through several watered-down generations, the genre lost more and more edge (less alternative, more mainstream), until finally, Hootie -- that deep-voiced, Dolphins-loving force of destruction -- happened. Hootie & the Blowfish’s Cracked Rear View sold over 16 million copies, paving the way for VH1 anthems from the likes of Third Eye Blind, Fastball, Barenaked Ladies, Natalie Imbruglia, Semisonic and too many more to remember.

While there may have been enough one hit wonders that summer to fill a Dodgers clubhouse, there’s a lot to be said for the era: solid hooks, decent songwriting, tight performances and, most importantly, bands who sounded like they were enjoying themselves. Of course, then the mainstream split off into boy bands and nu-metal, and rock music seemed on the verge of popular extinction until it was saved by the Strokes. Half-kidding. But just as indie is the new alternative, it’s also the new pop – or in this case, the old pop.

Usually describing an album as “guitar pop” undersells it, but the Long Winters’ Putting The Days To Bed is just that; 11 songs of strummed/riffed melodic rock that owe plenty to their photogenic ‘90s predecessors. And that’s fine. On their third full-length, the Winters – led by singer/songwriter/guitarist/producer/general obsessive John Roderick – know what they’re doing: the guitars are rich and warm or conversely, rock ‘n’ roll heavy; the rhythm section reliable; and Roderick’s vocals are as impassioned and Michael Stipe-craggy as ever. It’s easily the band’s most consistent, filler-free release, earnest and likeable from the acoustic Death Cab-like “Pushover” to the closing ballad “Seven.”

“Rich Wife” is the strongest of the rockers, all four-on-the-floor drums and clever take-downs: “Is your high horse getting hard to climb?” Roderick’s wit remains a key part of the band, though it often gets lost in the glossy choruses and worse, occasionally falls flat – sure, Roderick is the only songwriter quirky enough to use the word “teaspoon” as an entire chorus, but what does that say? “Ultimatum,” the title track of last year’s EP, has the album’s best line: “My arms miss you, my hands miss you.” Backed by naked passion, it makes for a striking chorus, especially when the narrator backpedals several lines later. Still, many of the songs never really transcend their humble origins.

The problem is that things weren’t always this way. On 2003’s When I Pretend To Fall, the songs had horns (occasionally present here), but more than that, they had personality. Tracks like “Nora” and “Blue Diamonds” merged flavorful sonics with sarcasm and real emotional weight, and while the album as a whole had trouble holding up, it wasn’t afraid to knock a few out of the park. These are good songs, catchy enough to claim a place in your head while grounded by enough passion to put them close to your heart. It’s just that the Long Winters have proven themselves capable of even better than that, and in 2006, it might be time to put “guitar pop” to bed.