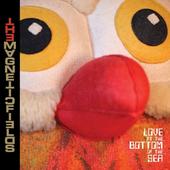 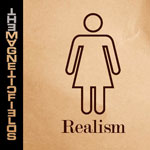 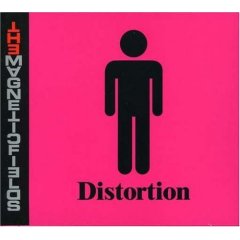 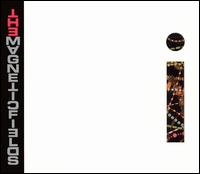 Stephin Merritt stands in that pantheon of current pop music writers that clearly know what the fuck they are doing (see also: Dan Bejar, Carl Newman, James Mercer). Over the years, most noticeably with 1999’s genius 69 Love Songs, Merritt has proven that he can write some of the most clever, biting pop music of the modern era (and certainly in prolific quantities). Now, five years after his last outing with the Magnetic Fields, Merritt has come back to follow up an album so massive that the task itself seems to justify the long wait.

i follows firmly in the footsteps of Merritt’s past work. First, it’s something of a concept album, as all of the songs begin with the letter “I” (thus the title). Second, it follows in Merritt’s usual hit-and-miss pattern. Much of his catalogue can be a bit tough to swallow, but then again for every few pointless “Experimental Music Love’s” there’s a truly great love song along the lines of “Asleep and Dreaming.” Of course, there are a few elements that Merritt has changed. There are no, or at least very few, synthesizers on the album, as Merritt decided to rely on the true instrumentation of his crack squad of Sam Davol, John Woo, and Claudia Gonson. How much of an effect this really has on the music is open to debate, as this is still quite clearly a Magnetic Fields album in the orchestration. Merritt also chose to handle all the vocal responsibilities on the album, letting his deep, surprisingly agile voice play a far more central role than it did on 69 Love Songs.

The album starts off with the weak “I Die,” but quickly hits its stride with “I Don’t Believe You.” Merritt proves himself a master of puns and plays with the English language to great effect, showing that he hasn’t lost the touch that he showed throughout do many of those love songs. “I Don’t Really Love You Anymore” doesn’t much catch the imagination, and the saccharine “I Looked all Over Town” seems a bit much. “I Thought You Were My Boyfriend” is an enormously fun song, taking a stab at disco, and actually succeeding pretty well. But, as it is Merritt, it manages to become a danceable song about rejection and loneliness.

“I was Born” is one of the more heartfelt songs on the album. Merritt’s voice expresses a huge amount of emotion, hard to imagine sometimes from a guy who, all too often, comes off as something of a wise-ass English major. “I’m Tongue-Tied” and “Irma” share this earnest feeling, but there are plenty of songs in the interim that are either underwritten, far too clever to be taken seriously, or based off of recycled hooks and not much more. The album closes well, with the sincere “It’s Only Time” making good on those promises of eternity.

My main problem with Merritt is that, as a creative songwriter, he tends to shift perspective at such a rate that it’s difficult to see an obvious unity to his recordings. Now that he is delivering all of his own lyrics I had hoped that perhaps some true intent would come through. Unfortunately, i still comes across as a series of still shots of lives that do not necessarily have anything to do with the author. While this is a commendable ability, I still find myself hoping that perhaps on one of these albums Merritt will lower his façade somewhat and let loose his songwriting skills on his own situation. Perhaps we’d get a few more “It’s Only Time’s” out of that than we would “In an Operetta’s.”