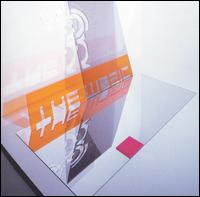 Welcome To The North

I first became aware of The Music in 2002; an overzealous friend lent me a copy of their first record after breathlessly describing them as a “cross between Jane’s Addiction and Led Zeppelin.” When I retorted that such a description would instantly make them the greatest rock band ever, he failed to pick up on the sarcasm, replying with an “exactly.” A few listens immediately led me to believe that The Music’s self-titled debut was the work of young Jane’s Addiction fans with way too much weed and even more studio money, and that’s exactly what it was. Everything about their image suggested that these were kids who still thought it was pretty damn funny to use phrases like “four-twenty” and “heady-nuggets” in everyday conversation; from the druggy concentric circles on their album cover to the comments of my 16-year old second cousin, who saw The Music live and remarked that the lead singer “was trying to act all psychedelic and trippy, but just looked really stupid.”

Though every indie bone in my body told me otherwise, I couldn’t outright hate the first Music album because despite all being under the age of twenty, all four band members managed to display some serious chops. This is especially true of guitarist Adam Nutter, whose technical skills at times do directly mirror that of his idol Dave Navarro, or the skillful blues wankery of John Squire circa-Second Coming (this is a compliment). The rhythm section was kind of all over the place, but vocalist Rob Harvey’s Farrell-esque howling was often impressive (if unintelligible), and utilized to sing some of the silliest choruses ever imagined. Granted, The Music’s debut doesn’t really contain anything resembling an actual "song" as it’s really just a bunch of heavy guitar grooves with afterthought lyrics. But barn burners like “Float” and “The Truth Is No Words” remain guilty pleasures---their gyrations and anthemic choruses making them ideal for nudie bars with forward-thinking DJs.

While Welcome To the North does offer some evidence of improved songwriting, it’s hardly going to convert any non-believers who didn’t already enjoy the first Music record. Ironically, North suggests that vapidity might be what this band does best, as its finest songs are the ones in which songwriting gets tossed out the window in favor of being the silliest, most excessive rock band on the planet. Does the frantic “Cessation” really need both a drum and a bass solo? Goddamn right it does. The dance-punk high hat and constant screaming of “I need love!” on the fittingly titled “I Need Love?” Awesome. It’s exactly this sort of unhinged excess that makes first single “Freedom Fighters” so fucking awesome; a completely badass march with huge drums and a piercing southern rock riff, it’s easily the best song the band has written. Which is to say nothing of the chorus, in which Harvey makes like a British Steven Tyler in imploring you to: “Dance to the freedom fighters of the world!” Rock!

Generally though, Welcome To the North is the odd record that would be much better if it came with an option to turn the vocals off. Robert Harvey’s shrieking is far less annoying than his tendency to write frighteningly asinine lyrics that sound silly even coming from a 20-year old. The otherwise awesome riffage of “Bleed From Within” is all but ruined by Harvey’s heavy handed attempt to turn it into some sort of hot desert sun, Iraq war epic (“the sun is bleeding into mine eye!” say what?), and would you guess that “Open Your Mind” is a plea for tolerance? He fares a bit better on the pleasantly poppy U2-isms of “Into the Night,” but despite an admirable attempt to write the kind of meaningful lyrics that album number one did not have, Harvey remains at his best when he’s making no sense, like in the supple beat boxing in the last minute of “Breakin.”

Granted, its not like anyone purchasing Welcome To the North is doing so for the lyrics, and The Music still boast the kind of technical abilities that will likely earn them the front cover of Guitar World at some point. They’re still too far too silly to be mistaken for a major band, and long players are clearly not their forte, but they can certainly bring the rock when necessary, and few bands this year will be able to approach the level of brilliant stoopidity that “Freedom Fighters” does.