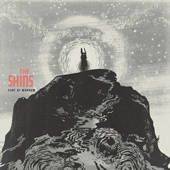 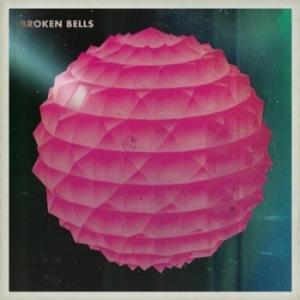 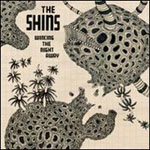 So Says I / Fighting in a Sack EP

While I grimace that retailers have been calling these two releases “EPs” (even “maxi-single” would be generous), they just happen to be both short and sweet. In true “single” fashion, the headliners for each are the only certifiable club bangers from the 2003 long-player Chutes Too Narrow (although I still maintain that “Kissing the Lipless” and “Saint Simon” are that album’s strongest songs), and both A-sides have aged gracefully. The B-sides, however, all beat the “outtake throwaway” rep, and in doing so shed some light on sides of The Shins that don’t, but perhaps should, get more shine on their albums.

Fans who place Chutes too Narrow above Inverted World (2001) will have to be a little patient with “Mild Child.” It starts off slow and creepy as mosquitoes nibble around detached, sparse folk-guitar picking. The intro indicates that “Mild Child” is cut from the same cloth as “Your Algebra” and “Sphagnum Esplanade.” The vocals benefit from a haunting 4-feet-back-from the microphone quality, hinting at the spacious verve of My Morning Jacket’s cavernous barn-work from It Still Moves (2003). The strumming picks up, and “Mild Child” crawls directly from the back of your mind to the hair on your back. Mercer’s trademark stately, poetry-reading pronunciation makes you squirm: “He sighed and tried to hide / But I recall the alien eyes and what that felt like.” The ensuing engine-hum low-end takes the song out of the basement and into Kubrick’s 2001, and the word “alien” is given an eerie literal quality. Quivering extraterrestrial noises comment on the misfit organic piano closer, and we’re left with buzzing static and a neighbour impatiently knocking on the door: “Is everything ok?” Utterly incompatible with any of the topsoil-turning songs on Chutes, “Mild Child” is an orbiting isolation booth receiving random radio signals from home, a one-man Scarborough Fair on the Moon. Depending on the song’s chronology in The Shins’ canon, Mercer might be getting all Kid A (2000) on us.

“Gone For Good (Alternate Version),” on the other hand, sounds barefoot and elbow-deep in apple pie at the Boxcar Boomtown County-Fair. The percussion was likely done with an ugly stick, hubcaps, and an upside-down wheelbarrow. Mercer’s dissatisfied “It’s for your own good, sweetie” attitude keeps the track from getting too hee-haw, and the added country twang stamps its own brand on classic lines like “You wanna fight for this love / But honey you cannot wrestle a dove.” No line-dancing to this one, but there will be bales of hearty knee-slaps. A stompin’-good, if unrehearsed, take on one of Chutes’ best parables.

“New Slang” (live, featuring Iron & Wine's Sam Beam) should make a legend of its bootlegger. It is, undoubtedly, James’ song. Mercer pleasingly sticks to the program, seldom straying from the album version’s beaten path, and thus leaves it to Beam to make or break the duet. Beam clicks his bare heels three times and transports the entire venue back to his Florida bedroom, breaking out yet another gorgeous display of his knack for finding the ideal, complimentary harmony for whatever song he’s faced with. Without ever strangling the song’s original tact and restraint, Beam’s vocals wind around, between, within and through the piece’s indelible core as he plays the honourable role of assistant: he enhances the fine song that’s already there without attempting to possess or outshine it. The result is a gorgeous two-tone tapestry that ironically sounds more like The Creek Drank the Cradle (2001) than anything The Shins have recorded. The intimacy, the slight low-fi-ness and the beautiful harmonies match just about anything on Creek without having the benefit of a redo. This performance must have been euphoric; hardly a muffled whisper emerges from the crowd. That someone was able to record this without barking dogs or clucking chickens in the background is a rare treat.

Where So Says I is a moonwalk to the Mardi Gras, Fighting in a Sack is a beer-in-the-face wake up from a sweet dream. Scratching itself and shaking hands, “Baby Boomerang” has T-Rex’s trucking American Standard guitar riffs to swagger directly opposite the delicate beauty of its tracklist predecessor. It’s odd to hear “you always bang the whole gang” coming from the same guy who charmed “Just a glimpse of an ankle and I / React like it’s 1805.” Nevertheless, T’s jilted Americana imagery and one-liner “I’m trying to write my novel / But all you do is play” settle well with The Shins’ canon. Coming from Mercer and company, this song feels like the prequel to “Gone for Good.” The protagonist recounts all the different places his where-were-you-last-night girl has gone. She uses her looks to get what she wants (“you’re talkin’ with your boots…”), and her charm, he hopes, to get her where she wants to go (“…and you’re walkin’ with your mouth”). He’s not impressed (“I’m searching through this garbage / Trying to find a friend”), but stops short at telling her to get used to the lonesome because she needs to atone some. “Baby Boomerang” highlights Mercer’s talent for getting grumpy old ideas to bark modern curses at today’s youngsters.

The sum of The Shins’ two post-Chutes offerings seems to tread new ground in old shoes. “Mild Child” has its roots in the eerier Inverted World songs, but blooms into a new, strange fruit. “Gone For Good (Alternate Version)” is more boxcar hobo than the drunkest harmonica solo on Chutes. “New Slang” (live) makes you crave for a Mercer/Beam offshoot project, and “Baby Boomerang” is adverse possession of a classic roadhouse blues anthem. With only two new songs each, and only one of those really being new, these releases hardly deserve an EP designation. Nevertheless, I doubt anyone will complain about getting ripped-off.