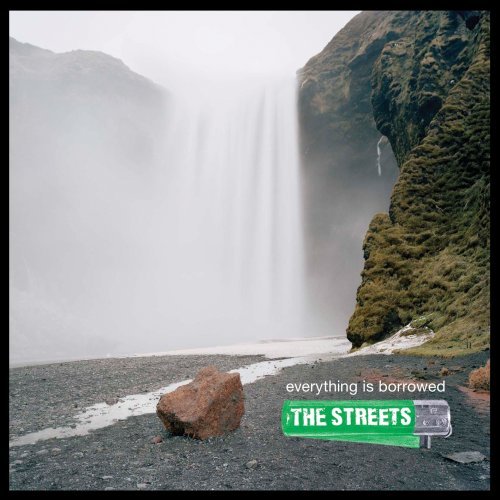 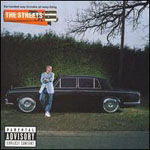 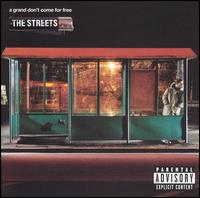 A Grand Don't Come for Free

I have, for a very long time made fun of people who follow soap operas religiously. I always wondered how people could be so intrigued by a “daily life” that includes so many preposterous events, far-fetched personalities, and sexual deception.

Mike Skinner (the one and only Street) has created the best-sounding, extremely British, musical soap opera I have ever heard. And I love it. Skinner’s best songs on his debut Original Pirate Material excelled in their storytelling rather than their beats, and A Grand Don’t Come For Free lets him build on that strength. This is not to say that his production skills haven’t improved (they have) and he’s obviously reacted to the popularity of Dizzee Rascal and British R&B singers.

The concept behind the album is pretty simple. Mike loses a thousand quid, suspects his friends Dan and Scott, meets a girl, Simone, loses the girl, and the album comes to the thrilling Wayne’s World-esque finale. This is not to say that many of the songs can’t hold their own outside of the storyline, but some of them are certainly best appreciated in the context of the album (especially “What is he Thinking,” “Such a Tw*t,” and the behemoth closer “Empty Cans”).

So the story (really a sort of a month in the life of a geezer) begins with “It Was Supposed to be so Easy,” in which the hapless Mike has a lousy day culminating with his loss of the money. What really jumps out at the listener in the initial listen (beyond the blaring, Romanesque horns) is the new style Skinner takes to the songs, with a much more lyrical chorus as approached to rapping (a characteristic of many of the songs on the album). The method works quite well, especially on the second track (and solid single) “Could Well Be In.” Skinner raps about meeting a girl who’s better looking than he remembered, and who’s habit of twiddling with her hair he reads as a good sign.

“Blinded by the Lights” doesn’t much blow me away, but Skinner gets away with techno better here than on Original Pirate Material’s “Weak Become Heroes.” To my mind the album’s high point follows with “Wouldn’t Have it Any Other Way.” Skinner raps about his decision between going out with his mates and staying in at his girlfriend’s house, getting high, and watching TV. “Basically I love her, and I love being here still, and I love sitting on the sofa with my girl, for real” he tells us as a soul sample serves for a perfect chorus to his affection.

The album changes sharply after that point. “Get out of My House” is just as sharp and painful as Dizzee Rascal’s “I Luv U,” but with more beat changes and you can actually understand the disagreement (always an added bonus). Skinner’s terrific line “It’s hard enough to remember my opinions without remembering my reasons for them” captures the pointless anger of breakups perfectly. “Fit But You Know It,” is fun, and follows well, but the up-tempo, driving beat reminded me a bit too much of “Don’t Mug Yourself” from Original Pirate Material.

Both “Such a Tw*t” and “What is he Thinking” rely heavily on the listener having a good knowledge of the storyline, which makes them interesting within the context, and they do much to develop the story. “What is he Thinking” is particularly interesting, as the point of view switches between Mike and Scott, but instead of Skinner playing both roles ala “Irony of it All,” Wayney G. is brought in to rap as Scott which works well. “Dry Your Eyes” relies on a strummed guitar beat and in this case the sung chorus (thankfully not by the apparently tone-deaf Skinner) doesn’t work as well.

The album closes with the flawless epic “Empty Cans,” which cleverly presents two possible ways for the hapless Mike to conclude his story. There are two beats, both based off the same basic rhythm, and one is naturally drawn to the second, with subtle piano line and huge synth lines. Skinner’s storytelling prowess and ability both create and understand characters have never been better showcased.

Skinner will never be rapper enough to match his stories, and his beats will most likely remain sparse and not entirely original (though there are more interesting rhythmic ideas here than one would expect from the Streets). When he focuses on his stories however, and absolutely embodies the characters -- right down to Mike’s frustrations with cellular technology and his broken TV -- Skinner shines out as one of the most interesting rappers (and really even musicians) out there. Story rap was often a great thing, and Skinner understands this and fits it to his reality. Anyone who can’t appreciate that is missing the point of rap.