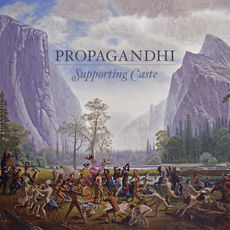 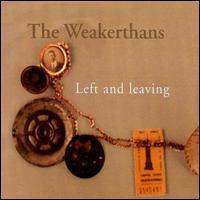 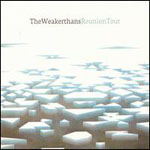 I’m not really sure how to say this, so I’m just gonna say it: this isn’t really working. It hasn’t been for a while. I thought things might get better, thought I could ride it out, thought this new album might rekindle the asphyxiating flame. I thought wrong. Now I’m left staring at the smoke and wondering whose fault it is, who changed. It’s not you, it’s me. It’s not me, it’s you.

Of course, I’ve heard enough of your poetry to know that I probably lost you half a paragraph ago, when you slammed up against my clumsy lyricism. A flame metaphor? you’re thinking. Come on. You would come up with something so much better, I know. You’d map the fissures traced over the surface of a heart that can no longer love in the way it used to, or you’d oil the machinery of disenchantment, and it would be brilliant, because you’ve always been so adept at articulating your disappointments. I regret that my efforts to do the same may not be so finely crafted. Nevertheless, I think I owe it to you to try.

But first, I want to tell you that there’s so much I admire about you: your unabashed chugging power chords, your loyalty to your city, your endless attempts to redeem those most maligned of genres, pop-punk and country. I remember when I first heard Left and Leaving (2000), how often I had to suck tears down the back of my throat so people wouldn’t know my discman was making me cry. The lyrics were (and still are) staggeringly insightful, and the union of music and language was a marriage of love, not convenience. You were the only band that could articulate the kind of self-consciousness that I felt was unique to me (“I’m unconsoled / I’m lonely / I am so much better than I used to be”), and when I clawed my way deep into the songs, reaching layers of meaning I believed to be previously unexplored, I felt you’d buried them there just for me to find. It was my first year out of high school and you were one of the first revelations the world unfolded before me.

But where are we now? An iPod has replaced my discman, and smirks have largely replaced tears as Reunion Tour has taken the place of Left and Leaving. Or, more accurately, hit as taken the place of Reconstruction Site (2003), your digression into the realm of in-studio production and polish, but I regard that album as a one-off, an EP with too many songs. The lyrics are still innovative, stirring, and quintessentially Canadian -- “Civil Twilight” is so dead on, I can’t help flinching in the face of this approaching winter and how many times I will bite my mitts off to show bus drivers my transfers. But the sentiments are perhaps a bit too clever at times, winking roguishly from behind the various permutations of the words “never” and “ever” in “Tournament of Hearts,” or screaming bluntly out of the onomatopoeia in the otherwise successfully sensorial title track. Meanwhile, the musical accompaniment is solid, understated, and tasteful, but still just accompaniment rather than a musical extension of the poetry. I can identify the album’s merits and appreciate the craftsmanship but, to employ my second cliché in too short a span of time, the magic is gone.

And it’s hard to place qualifiers on an axiom like that, or like this one: I’m just not that into you. I suspect this explanation is unsatisfying and is not, in itself, pointed enough to sever the bond of intimacy between us, which is what I am regretfully aiming to do, and so I must tell you that my complaints aren’t solely based on intangibles. There are some solid, quantifiable explanations for my feelings. Chemistry is, after all, a science.

Most of the problems I have with the album can be found in exemplary form in its most experimental track, “Elegy for Gump Worsley,” an ode to the famous goalie that I might find winning if only I cared about hockey. In the piece, there’s a literal divorce of words and music, and it’s purposeful; the track is a poem read over a sluggish but textured composition, without even a hint of melodic delivery found in Left and Leaving’s similarly structured “Without Mythologies.” But while the separation of poetry and melody is calculated here, it unwittingly points to other instances of the same phenomenon found elsewhere on the record. For instance, “Hymn of the Medical Oddity” is nice both lyrically and melodically, but the two elements initially sound forced together, and when they do gradually begin to mesh, it is through the emulsion of keyboards and vocal harmonies, and not because of an inherent sense of belonging. “Gump” is also conspicuous for its re-use of the word “Elegy” in a title, recalling “Elegy for Elsabet” from, once again, Left and Leaving. I know that’s getting nitpicky, and maybe it looks like I’m just making excuses for cutting you loose, but these things matter, especially since the repetition unconsciously points to the fact that this album seems to be patterned after Left and Leaving. “Night Windows” is the new “Left and Leaving,” “Bigfoot” is the new “My Favourite Chords,” “Tournament of Hearts” is the new “This is a Fire Door Never Leave Open.” Banjo is the new glockenspiel. Overall, these new songs laid over old templates are inferior to their predecessors. And to top off my criticisms of “Gump,” I’ve got to point out its closing line: “If anyone asks / the inscription should read: / My face was my mask.” The face-as-mask metaphor? Okay, it’s a goalie’s mask, but I don’t feel so bad now for comparing love to a flame.

Sorry if that’s harsh. I’m not enjoying this. I can’t even help questioning my own motivations, wondering if I’m shallower than I’d like to believe, if I’ve been swept along unknowingly in the wake of trends and hipster bullshit, neon and irony and mustaches and short shorts. Maybe I’m throwing you over for other, more transcendently detached bands, bands who have a higher aptitude for synthesizers and know exactly what to borrow from the 80s. I don’t think so, though. Your sincerity has always been one of your most engaging qualities. The problem here is that the sincerity is less accessible here than in your previous work, which isn’t to say that the previous work was simplistic, but rather that I was touched by previous songs even without knowing exactly what they were about. They rang true (cliché number three, if you’re counting).

In the case of “Reunion Tour,” I needed Wikipedia and Google to let me in on the album’s secrets. Now I know that several of the songs are propped up by back stories. “Bigfoot” is sung from the perspective of ferry operator Bobby Clarke, who was ridiculed for claiming to have seen a sasquatch. “Hymn of the Medical Oddity” is about David Reimer, a Winnipegger who was born a male but raised as a girl. “Virtute the Cat Explains Her Departure” is from the perspective of Virtute the cat (that one I figured out all by myself), and incidentally contains the only moment on the album that has me trying to dilate my tear ducts so as to swallow back down their embarrassing emissions. But without these supporting narratives, the songs tend to fall flat.

This album has solidified all the doubts I’ve ever had about us, and I can’t ignore them anymore. You’re a great band; you’re just not the one I’d choose to be abandoned with on a desert island.