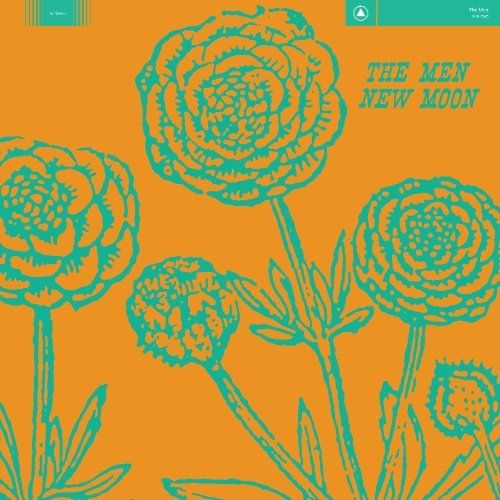 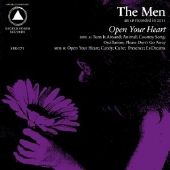 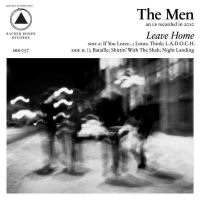 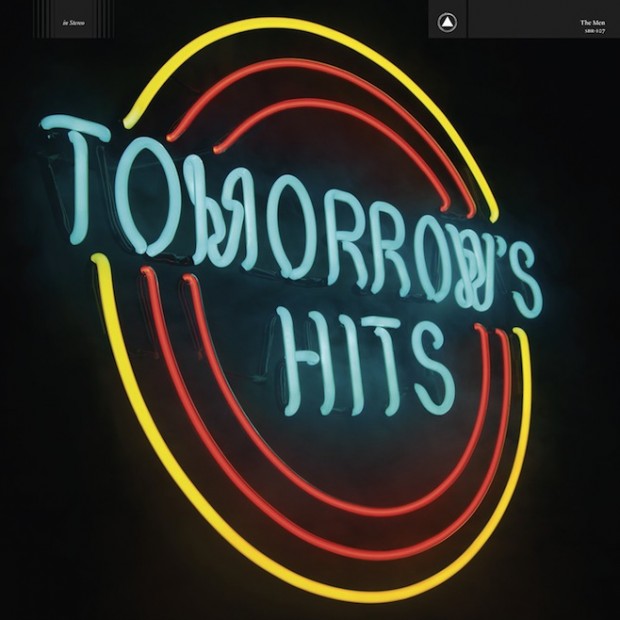 The cover of the Men’s fourth full-length record Tomorrow’s Hits seems like a clear homage to Big Star’s classic 1972 album #1 Record—one that, according to the band, was unintentional. As de facto frontman Nick Chiericozzi stated in an interview with Prefix, “It’s not a tribute but just embracing a rock ’n’ roll attitude or whatever, that’s come before us.” This kind of attitude, “whatever” included, is characteristic of the Men, a band without a media presence or gimmick strong enough to have many other known character traits. Their records tend to feel like clusters of songs that accidentally come together as a whole, like that magical shuffle playlist that creates the perfect atmosphere. Sure, it’s possible this band is executing a grand vision of seeming effortless; but it’s much more appealing (and with a record almost every year, more likely) to think that they’re just feeling their way.

Tomorrow’s Hits, the band’s fifth record in just five years (including 2010’s little-heard Immaculada) and their third to be released in the first week of March (fun fact), is another winner, short on bold statements and storytelling, long on rock ’n’ roll groovy-ness. Like their other records, it’s also a grower, which may explain why it’s taken me until June to write about it. Tomorrow’s Hits feels lived-in, and vintage in the true meaning of the term, so it seems only fitting that one has to live with it a few months before it truly becomes a favorite, and not just something you feel like you’ve heard once before. But it never loses a certain familiarity, and try as I might, I can’t seem to put my finger on what Tomorrow’s Hits reminds me of. It’s not really Big Star, who were much more deliberate and hook-driven; there’s an obvious early-Springsteen influence on songs like “Another Night,” but the Boss doesn’t stick around for the whole record. It’s undoubtedly 1970s, and as someone who’s recently become quite obsessed with the music, good and bad, of that decade, the closest I can come to a description is that the songs on Tomorrow’s Hits would nearly all sound at home on a particularly cool radio station in the ’70s, somewhere between cheesy hits like King Harvest’s “Dancing in the Moonlight” and long jams like the Allman Bros.’ “Midnight Rider.”

Some have been disappointed the Men’s slow shift from noisy punk to roots-ier rock, one that can be traced to the moment their greatest song, “Candy” debuted on 2012’s Open Your Heart. I’m not one of these—the band’s country-tinged tracks have always been, in my opinion, their strongest, though they’ve never lost the noise entirely. A few tracks here like “Dark Waltz,” “Different Days,” and especially “Pearly Gates” act as an outlet for the band’s punk inclinations, combining noise with melodic and instrumental flourishes to ground them with the album’s more mellow tracks. “Pearly Gates” is a true standout on the record, with its spitting Dylan-esque vocals (which morph throughout into ragged shouts) and general cacophony of guitar, piano, and squealing sax.

The only problem with “Pearly Gates,” if I’m going to nitpick, is that it diverges from the laid-way-back, beer-in-the-backyard, hot-summer-day-in-the-‘70s vibes of the rest of the record. That’s too many hyphenated descriptors, but that’s what the bliss of this record’s instant classics, “Get What You Give” and “Settle Me Down” do to me. For my money, these are the band’s best songs since “Candy.” “Get What You Give” begins with a perfectly echo-y, finger-picked riff under a cozy verse: “You get what you give in the morning / The new sales at dawn / I love to lie in bed / But I gotta catch the sun.” And by the time the drums kick in, it’s already a summer classic. Though the lyrics are basically impossible to decipher beyond the first verse, I’m pretty sure it’s about just chilling. Or, whatever. “Settle Me Down” is even better, with an impossibly sweet slide guitar slipping casually behind every verse, a tambourine smacking the mellowest of grooves. “You’ve gotta settle me down my love / Cuz I’m afraid we may cross that line,” Chiericozzi worries, before shrugging it off, as usual: “But it’s allllll right.”

I, for one, am thankful that Tomorrow’s Hits is not the Big Star homage that its album jacket indicates. What business does a band like the Men have with homages, anyway? The beauty of the Men lies in their supreme casualness, the ease with which they make a record every year that’s a little ragged but still surprisingly coherent, their seeming dedication to the implicit over the explicit. With Tomorrow’s Hits, the Men manage to capture and briefly hold onto a certain elusive feeling, nostalgic yet drenched in present-day longing. And as far as what it’s about, or who it’s referencing, well…nothing and everything. It’s summer, it’s hot, and there’s beer to be drunk in the backyard. Just kick on back and embrace the rock ’n’ roll attitude, or whatever.