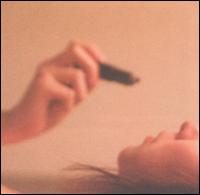 These Arms Are Snakes

Oxeneers or The Lion Sleeps When Its Antelope Go Home

Often, the whole "developing a different sound" stage of a band's career can get lost in the shuffle of their search for an image or, in more desperate cases, a place in their own genre. The ‘post’ in post-punk, post-rock, post-hard-core, whatever, implies some sort of moving on, doesn’t it? While most acts seem content to sit on the appropriation-art end of the spectrum, there are, thankfully, some bands more than happy to combine an array of resources to create something if not completely new, then at least somewhat different.

Featuring a sound that owes as much to hard-core as it does to post-punk as it does to grunge as it does to more proggy/arty fare, wackily named Seattleites These Arms Are Snakes sit firmly in the latter category. The band, made up of members from hard-core bands Botch and Kill Sadie, clearly acknowledges its hard-core roots, but they’ve also been paying attention to a lot of other stuff too. The band features elements of Fugazi, Drive Like Jehu, Jesus Lizard, Pixies, Don Cab, the Faint, Les Savy Fav, Isis and even Mclusky wandering around in the belly of their sound next to a purer strain of hard-core. And while referencing one or two of those bands would be tiresome, referencing that many disparate groups, and forging them into a consistent, somewhat unique sound. . . well, that's got to count for something.

Oxeneers kicks off with odd, mechanical Nine Inch Nails-style percussion before exploding into an all-out assault in 5/4 time that recalls Sound Garden and Les Savy Fav before finally veering into a more refined, mathy breakdown. Vocalist Snere screams about avoiding “100,000 dollar horses,” and I’m not sure if he’s talking about BMWs or what, but I like it. Things pick up a notch when “Angela’s Secret” rolls in with a pulsing bassline and precise, wiry guitar riffs and Snere singing/screaming about the “Single-mother blues.” Ryan Fredriksen’s angular guitar work is impressive, as he is extremely well-versed in the sounds of all the above mentioned bands, but never sounds like an imitation. Snere sneers and screams his way through cryptically pseudo-political lyrics backed by riffs that alternately feature filthy overdrive or ascend into sharper call and response melodics. “Big News” is pure anthemic art-punk gold, featuring driving guitars, pulsing bass, stop-start mechanics and head turning dynamics. Snere is in sharp form, intoning, “I’ve got a life and desires / and its more than to retire… / What is the sense / of giving all your time away,” sounding like a smarter Tim Harrington with a better voice surrounded by better guitars.

Brian Cook’s bass work deserves major props as well. The guy makes a meaty, pulsing racket that keeps some of the more drawn out songs moving in all the right ways. His fluid, solid bass notes are a welcome foundation to the songs. Drummer Erin Tate demonstrates an ability to deliver varied beats and keep things interesting as well. Without such a rock-steady rhythm section, the sprawling horror suite “Gadget Arms” would get extremely tiresome. Instead, it’s a dark, subterranean pseudo-jam that sounds like the soundtrack to a nightmare, buoyed by Tate and Cook and pierced by a knifing riff. The production is crisp and well-handled.

“Greetings From the Great North Woods” gets the album back on its feet, returning to the more fast-paced songs that graced the early parts of the album with Snere screaming about a Canadian farmer who kills people and feeds them to his pigs. But it’s really quite charming. I swear. The song ends with call and response vocals over a pounding bass drum. “La Stanza Bianca” sounds like a horror movie theme, featuring a riff that sounds almost like the Unicorns, but with a sneer and far more energy. “Darlings of a New Midnight” recalls vintage Fugazi, but pulses with more atmosphere and features a proggy breakdown. The last half of the albums flows together extremely well, as do the first three songs, but the more atmospheric, lyric-less “Tracing” and “Gadget Arms,” while interesting, do tend to bog down the middle of the album.

“Idaho” features thick atmospherics, created mainly by moody keys similar to Single Frame, and lyrics that somewhat explain the album’s unwieldy title. Just when the song seems to be fading away a pulsing bass joins a math-ridden, tense guitar riff that simply explodes. It’s a great song and the capper to an impressive debut album from a band that definitely has a myriad of chops and serious ambition. I’m not sure if what they’ve created should be termed post-hardcore, post-punk, post-grunge or some odd combination, but These Arms Are Snakes have clearly created a distinct sound and are doing something only the Blood Brothers can come close to right now in terms being interesting, inventive and still rocking hard. Perhaps their next album can even further distance TAAS from the pack; but then again, if they’re able to match Oxeneers, that wouldn’t be so bad either.