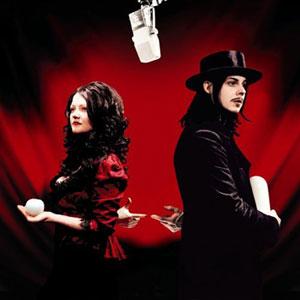 Well, album number twelve The Else is better than number eleven The Spine (2004), and The Spine is better than their stick of spearmint, Mink Car (2001), but these three albums leave a They Might Be Giants staple -- that is (and let's not argue), unbridled delight -- seemingly meager when slapped in succession against the puddly, starched romp of No! (2002). And why not champion their childrens' album, their anomaly-but-not, so tongue-in-cheek it's a full-fledged wonder of primal ethics and utter whimsical sincerity? Because slipping further into the past yields masterpieces which shall remain nameless to prevent their shadows from twisting around any cohesive argument regarding the last decade of the band's lucrative tenure like some gauzy death shroud. In fact, naming the albums out loud is a superfluous gesture, perhaps goddamning; after twenty-five years, John Flansburgh and John Linnell have been able to do ostensibly what they want, to appear to the casual fan, neophyte, and brow-beaten ambulance chaser alike as capable of anything, of performing within any medium, from TV to telephone to the Grammys to iTunes, wrapping their darling tentacles around any inky black expanse, acting (as one) the same giant grabber of cosmos and of whale that peers lifeless and slippery from the cover of Apollo 18 (1992).aw, whoops. Fuck.

Because now the shapeless legacy of They Might be Giants has been marred and molded. For a band remarkably unified by what amounts to an abject purposelessness, they've made the The Else all confident and honed, a supposed return to form that's anything but. They've got the Dust Brothers at their heels, scatting up an otherwise plaintive "Upside Down Frown" or scattering the pieces of big band "Withered Hope" into digestible samples and complaining bass. They've got a solid touring band, drummer Marty Beller filling surf harmonies with ubiquitous hi-hat snicker on "The Mesopotamians" or guitarist Dan Solder Miller graphing predictable riffs over the two Johns' familiar vocal revving. Safely, They Might Be Giants have every right to consolidate their canon, their post-punk and plastic psych and folk history lessons, because they've survived and proven themselves, working their way towards something both accessible and unconventional in the connotation of their moniker alone. The maturity's a lucid thing lifting "I'm Impressed" to traditional catharsis, the bits of fuzzed bass and crystal chimes congealing cleanly; the contours of pop culture relevance allow tame "Climbing Up the Walls" to carry every gratuitous lick on the irresistible might of the chorus. But rarely can a track here retain the plague of pop, leaving The Else a snappy catch with little filler, and still mostly forgettable.

Because The Else is good, surprisingly and simply so. It's also frustratingly focused. It's got purpose, it's got backing, cohesiveness. It's got a beginning and an end, an arc, an adult precociousness on top of a band fueled by childhood ideals. And that's a sack of disappointment, never enough to reek of self-parody, but never enough to make the new material as endlessly surprising and fun as "Dead" or "Spiralling Shape" or "Til My Head Falls Off" or Lincoln (1989) or "The Statue Got Me High" or "Birdhouse In Your Soul" or "S-E-X-X-Y" or "The Bells Are Ringing" or "Ana Ng" or "Don't Let's Start." Even when "With The Dark" diarrheas sirens, whatever comes before and after means nothing because it bleats incessantly to itself and for itself; the ghost that lingers is the inimitable indulgence that once pigeonholed the poor duo. That doesn't matter anymore: they've got focus and a sitcom theme song. So what else can we say? What can we chant? Godbless them, I guess, for finally figuring out what it means to be a band.