Other Records by Thuston Moore 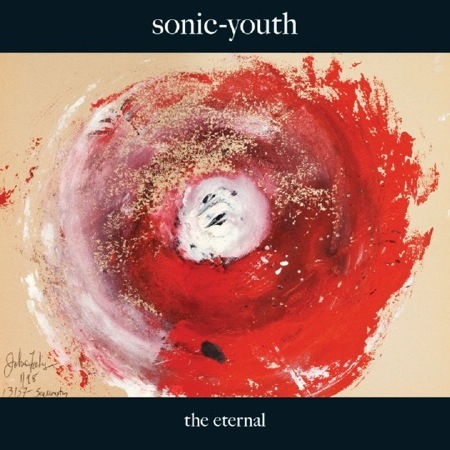 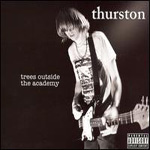 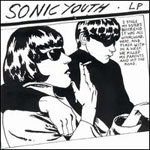 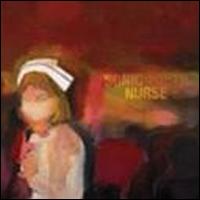 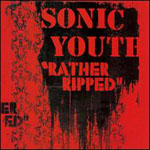 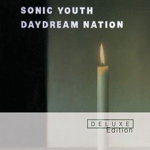 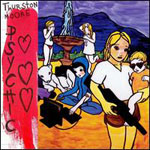 A Play in One Act

There is a very, very long pause before one of them speaks

YOUNG HOVA: Well. This is awkward.

OLD HOVA: No shit. Tell me again how you got here?

YOUNG HOVA: This guy named Scott came blasting down the cul-de-sac in this souped-up Camaro. He starts telling me he’s from the future, and he wants to know if I want to hear Smashing Pumpkins songs from 1998 and 2000. I got psyched, so I got in his car.

OLD HOVA: Wow, you were in for a disappointing ride.

YOUNG HOVA: I’ll say. I thought I’d lose some weight by now. Anyway, next thing I know he drops me off here, and he chucks the new Thurston Moore solo album at my head. He told me you’d know what to do with it.

OLD HOVA: Yeah, see, this is the year 2006 and Psychic Hearts has been out of print for a while. But this week it’s being reissued along with some other Sonic Youth records, and I have to review it. I guess you’re helping me.

YOUNG HOVA: No way, they let that record out of print?! It’s way awesome! He begins to pantomime the loopy, cartoon-bad-guy guitar riff of “Queen Bee and Her Pals,” which consists of pumped fists and strange hip gyrations. JNNK JNNK JNNK JNKK JUNNH JUNNH JUNNH JUNNH!

OLD HOVA: His eyes widen, says nothing for a long time. Um, yeah. Well, actually I agree with you. It’s quite strong, and aside from Washing Machine and Goo, is probably the most cohesive statement from the Sonic Youth camp of that entire decade. If it had the Youth’s name on it, I would go as far as to say that it was the most representative document from that era. That’s to say: the songs are concise, they have recognizable verse or verse-chorus song structures, and they’re distinctly melodic. Although his melodic imagination is, to say the least, pretty wide.

YOUNG HOVA: I don’t think it sounds that much like the band. I mean, listen, there’s an acoustic guitar nestled against a doom-metal riff on “Pretty Bad.” They’re right next to each other! That’s so funny! He begins to laugh.

OLD HOVA: He rolls his eyes and keeps talking. Well, again, I agree. This is really mischievous music. Like, “Psychic Hearts,” it’s this really affecting two chord pop song, but the guitar tuning is so wobbly and there’s so much profanity in its lyric that, although I don’t doubt the sentiment, the whole thing comes off with a little wink.

And you’re right, even when it sounds like Sonic Youth, it doesn’t exactly sound like them. Even something like “Hang Out,” with that free jazz discordance in the beginning, is still a pop song with shaggy garage-rock dressing.

YOUNG HOVA: Yeah, I don’t know. There are times when there’s a lot of feedback and ponderous passages, like on “Blues from Beyond the Grave.” And there’s always “Elegy for All the Dead Rock Stars.”

OLD HOVA: Yeah, all twenty minutes of it.

YOUNG HOVA: And all of them great. But, I guess there just isn’t as much full throated shredding and freaking out that you would expect on a Youth record. I mean, even a song like “100%” or like, “Kool Thing,” or something, has all that high-end tremolo stuff and ensemble passages that would blow the roof off the motherfucker. There’s not really a lot of that on this record, and even the freak outs feel really … I don’t know, subdued?

OLD HOVA: Sits at the end of his seat Yes! Exactly! Regains composure I mean, quite right. That’s why I said it was so representational: it’s a very streamlined and “pop” record that nonetheless still retains the basic trappings – altered tunings, modal phrasing, feedback and weird notes – of that band. So, there.

YOUNG HOVA: Wow. I still can’t believe it went out of print. Does this Universal logo on the back of the reissue have something to do with it?

YOUNG HOVA: Man, I have so many questions to ask you. Does Massive C ever get good? Do I ever get to see Ellen naked? Why the hell do you have so many hip hop CDs, and where are all those Nine Inch Nails singles?

OLD HOVA: Oh jeez. No; yes but it ruins your life; because one day you suddenly pull your head from out of your ass; and you sold them to buy more Bob Dylan records, and also because they’re juvenile and awful. YOUNG HOVA looks incredulous. Whatever. Stop being an asshole and smoke some pot, you’ll see I’m right.

YOUNG HOVA: Wow. So you’re a vegetarian, you smoke pot, and you’re a music journalist and not a musician? I’m pretty sure I want to punch you in the face.

OLD HOVA: Yeah? Well trust me, the feeling is mutual.

There is an unceremonious revving of an engine. They both turn around to STAGE LEFT, where two headlights are suddenly appeared. An Escalade drives out at great speed, navigated by DAVID FOSTER WALLACE. The car hits OLD HOVA. He DIES. The car hits YOUNG HOVA. He falls, but is still alive writhing on the floor.

YOUNG HOVA: Fucking shit! Who the …