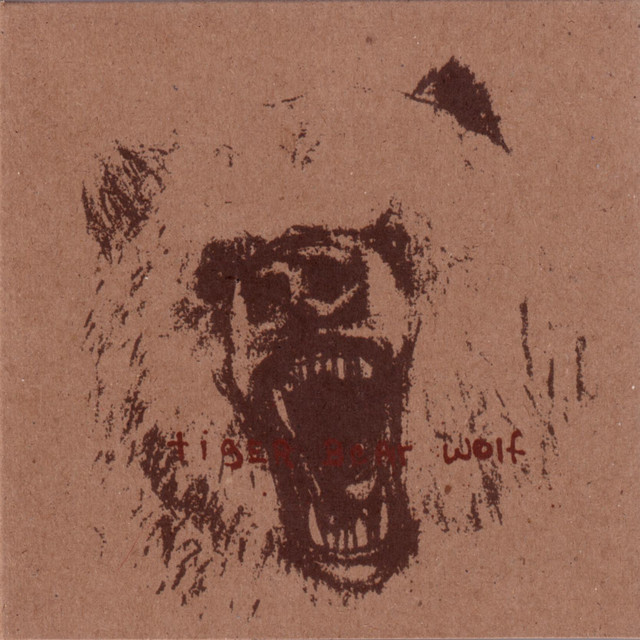 How’s this for a mission statement? “Well I pick up my guitar because I know one thing worth saving is rock and roll.”

That’s a hell of a promise with which to begin an album, and one that’s impossible to fulfill in a mere 31 minutes and 41 seconds. But suffice it to say that Tiger Bear Wolf come inspiringly close on their debut. It’s the kind of album that harkens back to the days when the kids rocked like they just didn’t give a fuck, when you measured your heroes by the magnificence of their guitars. When you listen to Tiger Bear Wolf, specters of memory rise in succession: Ian MacKaye and Co. unashamedly losing their shit in front of punks begging for salvation, Jimmy Page sweating his ass off as he wrung out guitar licks made of brimstone, Iggy Pop busting down heaven’s back door to let joyous devil-worshippers in.

No, these guys can’t really sing for shit. No, the album’s production isn’t as pristine as the images that every “it” band of the last 15 minutes cultivates. But by gum, when you hear these boys scream that mission statement at the top of their lungs, on “Something Worth Saving,” and when they back it up with a gorgeous guitar battle over rippingly good percussive tension, the first thing that happens is you take them seriously. The second thing that happens, over the next 30 minutes, is you believe that they can do it.

TBW don’t waste so much as a second as they hurtle toward that end, maintain dagger-sharp focus and ruthlessly tight arrangements as they reach for the grail they set out for themselves. Moreover, they don’t pursue it by jumping back in time; instead, Tiger Bear Wolf feels like the logical progression from Fugazi and Mission of Burma that never happened—where angular guitars were comfortably joined by anthemic chords; where time-signature complexity meshed easily with accessible rhythms; where hooks had steak knives for teeth, and where pretension took a back seat to zeal and formidable skill.

There’s more dexterity and versatility packed into the album’s first three songs than in all of the past month’s worth of rock. “Something Worth Saving” cannonballs through at least four time-signature changes without any disjoint, taking several hooks along with it for the ride, and landing in the most wicked guitar-heroics this side of Led Zeppelin. “Wrong Lens, Wrong Film” somehow manages not to spontaneously combust while chewing up at least four hooks and swerving through multiple rhythm switch-ups. And “Input, Output” packs improbable amounts of six-string virtuosity into its cohesive structure until it’s catapulted by inventive drumming into one of the many flooring electric wars that guitarists Jonathon Moore and Noah Howard wage on one another.

Following the transitional “XXXXXX,” which is itself a sharp study in guitar textures, the boys kick in the blues-influenced third of the album, with three more incendiary guitar-focused tracks. Riding a lethal rhythmic foundation, Moore and Howard’s axe-chemistry—especially the way they play off of one another – makes contemporary garage revivalists look like mewling babes. “I Can’t See the Light” is probably the best of the blues-oriented tracks; it opens with a vicious hook that guns for your face, and then proceeds through various riffs and near-improvisational interplay before collapsing in a destructive heap. Nor does the album’s more mellow last third fail to stun, thanks to Lawrence Holdsworth’s absurd rhythmic variation and control and the group’s consistently inventive guitar antics; “Bed Down”’s fireworks may well be the best of the album. But then choosing highlights from this album is a lot like trying to figure out which part of the sun is brightest.

And while Tiger Bear Wolf is clearly a guitar-album, it’s impossible to overstate how fantastic the group’s rhythmic section is, and how important it is in providing a foundational anchoring point from which to launch their firebombing riffs. On “Night Shades,” Matt Bostick’s sometimes-buried work comes to the fore in a brilliant bridge that erupts into an axe-war finale of immense proportions. As for Holdsworth’s drumming, even a cursory listen reveals it to be some of the most insatiably urgent drumming you’ll ever hear; it never once rests on a lazy pattern, changing up even basic fills from verse to verse.

Yet all this compositional skill and detail-obsession —- which still manages to sound strangely spontaneous —- would be purely clinical and dry if it weren’t for the palpable fervor that bursts from Tiger Bear Wolf. It’s what lends this four-piece an almost desperate drive and direction, straight into the bowels of a rock and roll ethic that’s as viscerally uproarious as it is sophisticated. It’s what separates them from unfocused acts like Hella and the Mars Volta; pages could be written on the detailed structure behind every bar of Tiger Bear Wolf’s music, but only an active listen can communicate the passion behind its planning. These days, when that kind of passion is so often undercut by affectation or irony, or wasted on unskilled thrashing, this band communicates it deftly, and at the top of its lungs, demanding to be heard. The result is an inspiring behemoth of a rock album, and pretty convincing proof that as far as saviors of rock go, Tiger Bear Wolf are an animal worth placing your bets on.