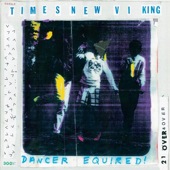 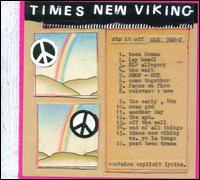 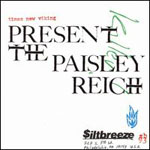 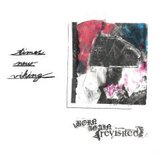 I’m not feeling this one. 55 is a low score. At this point I’m sort of obliged to mention that I love this band; also that this band has better songs, on a better album, and the name of that album is Dig Yourself (2005). And though there’s stuff here that matches their debut’s fantastic and vulgar inventions, as a whole this record feels unsatisfying and incomplete. The production is typically beat to shit, but the performances sound narcotized; the instruments make a lot of noise but it doesn’t add up to much. Drums drum, singers sing, people (apparently) play. Then the guitar solo subs in as a memo for whatever tune’s struggling underneath.

Of course, it doesn’t so much matter when they bring the hooks. “Move to California” hammers in its chorus with characteristic bluntness, and “These Days”—where Beth Murphy starts her weekend “in a taxi”—launches its attack with the simplest melody, a steady rhythm, and an awfully big-hearted organ line. Elsewhere they’re making campfire sing-alongs out of harsh no-wave (“Martin Luther King Day”) and telegraphing prime-era Yo La Tengo (“2/11 Don’t Forget”). These are the good songs. Really fucking good songs: this material could have been culled together to form a smashing EP, pointing as it does to a vibrant middle ground between the brilliant go-for-broke energy of the band’s early material and the more withered, audibly frazzled sound they moved towards on Rip it Off (2008). It might have been more than a stopgap. At the very least it would’ve been as solid as last year’s Stay Awake EP.

The best Times New Viking material is half challenging and half no-brainer. A lot of the other songs here are kinda challenging but totally no-brainer. What majorly sucks is the fact that not only are these songs dreary, but they’re similarly dreary, consistently sounding the same. There’s not much between “I Smell Bubblegum” and “Little World”: they both use noise as a smokescreen behind which there’s… well, not much. It would be a formidable task to turn one and a half minutes of cigar smoke songwriting into something at least stylistically playful, a trick Guided by Voices used to play sparingly. Spend some tracks giving a performance, then amble about for a half-minute. Just don’t always amble about—hell, at least make a show of it.

But Born Again Revisited fucks itself. Too often the lugging clunkers are given equal weight to the best songs and the pacing of the record suffers as a result. The throwaway “(No) Sympathy” takes the wind right out of the momentum built up in “These Days,” for example. When the record closes with “Take the Piss”—37 seconds of go-nowhere droning—it’s hard not to take the band at its word. Yes, hah, we get it; it’s a stupid song and you’ve given it a stupid title. But when you did that, band, on Dig Yourself (the irrascible “Fuck Books”) the song was funny, the song had a point. When you did that, band, on Rip it Off (“Post-Teen Drama”) the title cutely wrapped up the record’s arc. When you did all that before the song was longer than frickin’ 37 seconds, band!

Which altogether makes this Times New Viking’s worst release. For an album so brazenly loud it leaves little impression; as a record supposedly about statements, it makes very few intelligibly. Most inexcusably, it lacks imagination. And though I’m prepared to concede that making a record about cultural detritus may involve fair and frivolous use of trash, dustbin rhythms, and torpid vocals, I’m not sure all those elements together all the time makes for a very good record. Born Again Revisited is not a very good record. This band can do way better.