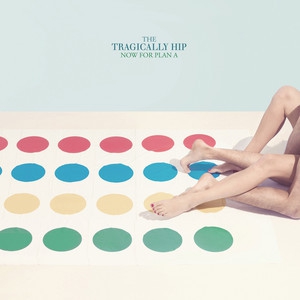 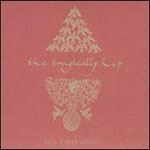 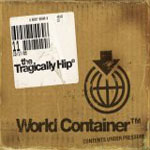 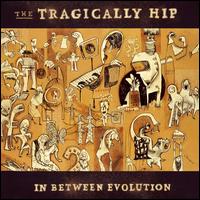 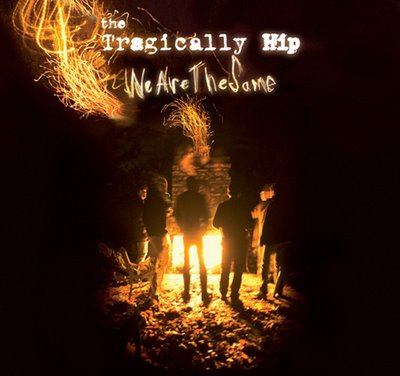 We Are the Same

We here at CMG generally have nothing but love for Canuck living legends the Tragically Hip, right down to the inspiration behind our name. They’re defiantly old-school, a quintet of not-particularly-attractive middle-aged men who built their success on a feverish touring regimen and a succession of good-to-great albums. At the least, a quality rock and roll band with a relatively spotless discography. But don’t think for a second that our love is blind; no amount of unbridled fandom can hide the fact that the above rating is not a misprint. Gord Downie and the boys fucked this one up royally.

We Are the Same is the weakest album the Tragically Hip have ever released. Really, nothing else in their back catalog comes close. My previous least favorite Hip document was 1995’s Trouble at the Henhouse, which, while a little dull, wasn’t exactly what you would call “bad.” We Are the Same most certainly is what you would call “bad.” Bad. There’s a multitude of reasons as to why this is, but let’s start with the most obvious. 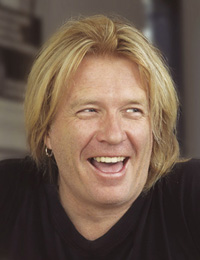 Would you let post-botox Vince Neil produce your record?

Metallica fans will likely be able to relate; the heavy hand of “superstar producer” Bob Rock can turn the mightiest of bands into a soft rock whussfest, usually by way of his simply adding orchestras and huge piano to every single fucking song he touches. So, either he’s really persuasive or he’s a skilled blackmailer, prompting over a decade’s worth of awful Metallica albums and somehow getting the Hip to use him for two records in a row, a milestone for anyone not named Mark Vreeken. 2006’s World Container was good in spite of, not because of, Rock’s overproduction, and its weakest moments (altogether now: “Flyyyyyyy-hiiigh!!!”) were indicative of the smoothed-out, pop-glisten’d direction that he so desperately wanted the band to pursue. Most fans were (legitimately) concerned when word leaked that he was being hired for a second go ‘round.

Such fears are now manifesting. Rock interpreted his rehire as a mandate to go apeshit with the overdubs, layering strings, piano, and even muted brass on nearly every track while conveniently forgetting that this is a two-guitar rock band who has never had any need for this stuff over a three-decade career. The pianos on We Are the Same are crisper than the guitars. Really. In addition to rendering the band’s twin axe attack utterly toothless, Rock’s silky production just feels cheap, an unnecessary commercial grasp that’s confusing coming from a band already as successful (in Canada anyway) as the Tragically Hip.

And yet, Rock’s presence, while certainly a negative influence, isn’t entirely to blame for the mediocrity within. For what’s arguably the first time since the band’s 1987 debut EP, a Tragically Hip album features a number of uninteresting songs that would still be sub-par no matter the choice of producer. The only song that could be considered an unmitigated success is “Morning Moon,” the opener, a well-wrought slice of somber pedal steel pie that’s very Buffalo Springfield, and better for it. The remainder of the songs on We Are the Same fall into one of two categories: 1) potentially good ideas ruined by Bob Rock’s production, and 2) songs that would be poor regardless, whose shortcomings Bob Rock can’t help but magnify.

Let’s focus on the former. Most of We Are the Same‘s first half would have been salvageable in more capable hands. “Honey, Please” is a serviceable country rock song that borrows both chords and melodic sense from Tom Petty’s “Listen to Her Heart,” but it’s problematic when the song’s dinky, one-note piano riff is louder (and more memorable) than the guitars. Similarly, “The Last Recluse” is meant to be a spooky acoustic number like “Bobcaygeon” or “Scared,” which would be fine were it not for Rock’s inexplicable decision to incorporate moaning background vocals at the bridge…suggesting the song was actually recorded in a haunted house. “Coffee Girl” would be a lot better without the lazy drum track and muted trumpet solo interlude. “Frozen in My Tracks” has all the trappings of a classic Gord snarler but is derailed by WHOA-OH! fist-pump vocals at the chorus and what sounds like subliminal vocals in the third verse.

And those are the listenable songs. The surging, “We Are the World”-style “Now The Struggle Has a Name” has usurped “Coconut Cream” as the single worst Hip song. Subsisting on a diet of sap that would even shame Coldplay’s Chris Martin, the song would be awful without the beds of melodramatic strings that Rock drapes over the mess like he’s a production designer on cable access television. If the hookless, nine-minute “Depression Suite” wasn’t damning enough on its own, things get even worse once it leads into the record’s second half. “Speed River” and “The Exact Feeling” are instantly forgettable, and first single “Love is a First” is maybe the best example of things going terribly awry. Hip diehards will note that Gord Downie has been toying with the lyrics as far back as 2005, throwing a verse into the version of “Fully Completely” showcased on their That Night in Toronto DVD. The finished product is embarrassing, an uber-primitive lunker. Gord even attempts one of his free-associative rants, a staple of the live show, but holy crap does it not work. Nor does the faux-Tom Morello noise-guitar solo at the bridge.

On a lighter note, not long after absorbing We Are the Same, I returned to 2004’s In Between Evolution as a basis for comparison. Immediately, from the opening strains of “Heaven Is a Better Place Today,” I was stomping my feet and humming along. The guitars roared and the drums had kick; it was the sound of something vital. Turns out, every last bit of that energy is absent on We Are the Same, and as much as I blame some heinous production influences, the band’s been around long enough to know better.