Other Records by Travis 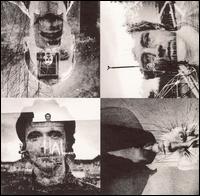 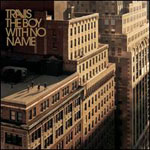 The Boy With No Name

In the Sandra Cisneros story "Eleven," a young girl celebrating her birthday speculates that when you add another year onto your age you still have all those other ages inside you; that is, when you are eleven you are also ten, nine, eight, etc. The rub is that they can embarrassingly pop up from time to time, and you find yourself crying, scared, or alone. It's a touching story, and Cisneros ultimately proves her young narrator's point by being able to evoke the feelings of youthful embarrassment in her readers. I was surprised the first time I read it of how quickly feelings of adolescent shame can resurface. This is essentially how the best Travis songs have worked, most obviously in pathos-laden numbers like "Why Does it Always Rain On Me," where every listener is essentially forced to recall the lie they told when they were 17. The song worked as a backward glance with a wink thrown in: nostalgic and sentimental with an ironic sensibility.

On this latest offering, however, singer-songwriter Francis Healy reverses that gaze, or at least distorts it, jettisoning his strengths as a savvy commentator on youth and emotional development to full-on grown-up earnestness. Ironically, it results in some extremely childish music, full of predictable arrangements, shallow metaphors, and nursery rhyme wordplay. Even the title seems a weird and deliberate step away from the band's best work, inverting the notion of growth and development: that was The Man Who (1999), this is The Boy With No Name.

Healy is still one of the best at crafting gorgeous melodies, and here that is as true as ever, though now he rarely has anything of substance to hang them on. Many of the songs work like cotton candy: a thin structure to support a swirling, shiny glob of delicious and totally empty calories. Lead single "Closer" is a mild offender and by far the sappiest song, but still much more tender and interesting than "Big Chair." The song is almost a grunge/twee hybrid, a furious bassline supporting xylophone tinks and pizzicato strings. Also, I have no idea what the "big chair" is, but it seems like some sort of childhood fantasy; Travis is under the table and dreaming on this one, for sure.

Travis is at their best here when tackling the issues that have always been at the center of their work: failed communication and the cruel hand of fate. Opener "3 Times and You Lose" is about a small town that isolates Healy from his love, and it deals with bad luck and anguish in a delicate yet passionate way. Following that, "Selfish Jean" seems to take some cues from Bowie via Belle & Sebastian, and while it's no "The Blues Are Still Blue" it still gives the album a much needed kick. However, it can't be sustained, and ultimately the album feels simply an exercise in seeing what will stick.

The most embarrassing and juvenile song here is certainly "Colder," which might as well be called "Coldplay." Opening with a riff of clean guitar notes that echo "Shiver," the song's musical mediocrity is equally matched by its lyrics. Indicative of the whole album, the song literally wants everything and nothing, and instead of choosing sides we just ramble through a forest of meaningless lines and clever assonance. The singer is "in love with everything," while later recognizing that "everything is too much." The chorus, as so often happens, resorts to sing-song: "I'm standing looking down / there's not a sound around the town." With an album like this, I would expect to hear this album booming through many apartments; sadly, it appears as if Travis' multi-platinum days are over.