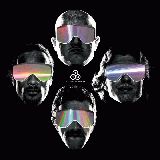 “When the guys from TTC / get out in the club / with their wanker struts / half-thugs, half nerds / suddenly all the girls / feel something new and bizarre in their hearts…” - TTC, “Dans Le Club”

It had to happen at some point. The U.S. stranglehold on hip-hop had to be subsumed beneath the glacier of globalism; and if it didn’t destroy the fortress entirely, it would at least erode its own inspiration due to its Lethemesque solitude, isolation, and ignorant singularity. I mean, sure we adopted Slick Rick (and then threw him in jail, welcome to America, thanks for the scratches), and Arular’s getting ink in The New Yorker now, and nobody’s exactly shitting on Dizzee, either. But even the crushing weight of historic inevitability that presaged the arrival of non-English rap doesn’t make it any less revolutionary. The best hip-hop album released in the first half of 2005 isn’t from our shores, and it’s not even by a dude named Mike Skinner. And it’s French (FREEDOM!!).

TTC’s sophomore LP Bâtards Sensibles is a skittering, thumping electro-hop classic, a modernization of the oldest school’s most brilliant synth and drum machine moments, and the best example of flows vs. beats since Madvilliany. If you’re looking for a contemporary reference point, think Daft Punk remixing Bone Thugs vs. Leaders of the New School, only good. “Ebisu Rendez-Vous” sets the tone: glitchy morse code tapping clears the way for a thick, refracted synth line. MCs Tido Berman, Teki Latex, and Cuisinier drop fluid, sing-song verses, stopping for breath only to adopt a gravel-voiced croon on the chorus, which, roughly translated, goes something like: “Even if it’s my first time there, a part of me, deep in my gut, remembers it / The electric cables are familiar / The ads on the walls of convenience stores seem to come to life / The passers-by are all attractively dressed / I rarely walk around because I’m afraid to damage the ground / Life in the middle of a comic strip / And the worst part is that it’s exactly like I imagined it”. And now five million hip hop kids in New York are kicking themselves for taking Shop 101 instead of French.

While you can’t tell from the awkward translation, TTC’s writing sounds fantastic when articulated in the group’s mother tongue. The French language is a natural fit for rap. It provides the easy, emphatic enunciation and thick-tongued lightning that a menacing banger like “Dans Le Club” demands. And when Busdriver shows up on the stuttering, Ennio Morricone funk of “Latest Dance Craze”, his verse about pet iguanas and purple sweat sounds like a Big Mac tastes in Tokyo, depressingly familiar but as comfortable as an ex-girlfriend. It’s a whisper of what we Ugly Americans expect from a rap album, tantalizing but eventually evaporated by the martial, bilingual bedlam that closes the track. “Rap Jeu” moves forward like a robotic Maxinquaye-era Tricky, sparks flickering from its flexing fingers like fire in a Nintendo.

Throughout Bâtards Sensibles , the fantastically-named DJ Orgasmic’s beats stutter and morph like a heavily blunted (and actually interesting) M83, or Prefuse 73 on an inspired run. And yes, production ingenuity like this is as rare as either example, making the bonus disc of instrumentals worth your dollars all by itself. These beats are distinctly electro, but there’s a ghost in the machine. Its capricious, anarchic fumblings constitute the album’s wiry heart; one that courses with French blood but understands that the only universal language these days is a good breakbeat, a Stankonian hook, a nodding head.

Not that French hip-hop is, in and of itself, something altogether revolutionary. MC Solaar has been putting out native-language LPs since ’91, and, back when electronica ruled the world (remember that?), Kid Loco and Motorbass pulled almost as much attention overseas as Liam Howlett’s haircut did. In 1995, the MCs of NTM (for “nique ta mer” or, charmingly, “fuck your mother”) got press for rabble-rousing at the election of hardline xenophobe Jean-Marie Le Chevallier. The Parisian scene has deep roots, exemplified by some of the world’s best graf on exhibit through the windows of any inner-city above-ground train.

But Bâtards Sensibles is something altogether different: a vibrant, violent harbinger of the future of underground hip-hop (insofar as TTC, popular heroes at home, are “underground” off the continent). While our domestic, mainstream hip hop continues its leaning towards bland, homogenous pop, our domestic underground is becoming increasingly retro and boring; looking back over its own shoulder to hip hop’s old school ideals, and sounding more and more like an embittered, paranoid old man with repetitive complaints about how things were better “back in the day.” This underground, however, is not our only escape from the unstoppable ubiquity of Nellytastic hip-pop Superstars, or the apparently-exhausted and incestuous to the point of in-fighting (is that blood on your shirt, Camu?) NY scene. Bâtards Sensibles represents a third route, one that forages a new set of standards using the old ones as tools.

On this record, TTC channel the excitement and passion from the era in which Flash, Whodini, and the Fearless Four used their soundsystems in the streets but their synthesizers and drum machines in the studio. And just when you think you’ve got the second coming of “Rockin It”, the MCs flip like Blowed (or, in Teki’s case, like some weird bastard hybrid of Dose One and Busta Rhymes), pose like Puba (when Teki’s not hyperstyling his ass off you’ll be crushed under Tido’s and Cuisiner’s respective swaggers), and all have as much fun on one track together as is contained in the totality of LONS’ and The Pharcyde’s cumulative bodies of work.

All of which is a lot of history and context and theory and post-modernism to heap onto one rap record, sure. But something this rare deserves the praise and analysis. A record like this should withstand the North American underground’s eyerolling at our hyperbole, declaring “The hell does TTC matter, anyway, no one knows what they’re saying,” (as it collectively sparks a crumbling blunt and puts on Lord Quas, and drools, quietly asleep beneath a blanket of jazz samples and familiar breaks). To pre-empt, let’s just say that our official response is, “You spoiled, lazy, bored little child.”