1. The Punks Are Writing Love Songs
2. Fangs on Bats
3. Georgette Plays a Goth
4. Bored to Hear Your Heart Still Breaks
5. Clique At Night Vandals
6. Dracula Screams of Tiger Style (Parts 1&2)
7. The Lonely Life of The UFO Researcher
8. A Cursed Miss Maybellene
9. If You Take Away the Make-Up (Then the Vampires They Will Die)
10. Misgiving
11. The Neutron
12. One Essex Girl
13. The Secret History of Devil’s Paw
14. We Know You’re Cute, You Told Us 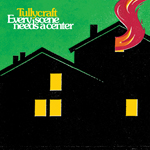 Every Scene Needs a Center

Perhaps it is the lot of every Canadian to know the many moods of winter. There is, of course, the somber bedroom lap-pop Sunday afternoon cup of tea, favourite blanket covering you from thigh to toe. There is the cussing into the Tuesday 8am wind and the condensation that fogs up your eyeglasses. We tend to forget, however, winter’s brighter moments: the contented half day after a big snowfall where the snow still sits on the trees, or a snowball fight on the way home from the movies. Tullycraft snuggles in between these last two, their crisp, clean twee ringing with both the neon pink glee of a retro candy store and the even-handed warmth of a night in.

To call the record “hooky” is like calling a Metallica album “heavy.” It’s understood that syrupy major keys and short, singy melodies will carry the day. What’s surprising is how consistently good the songwriting is from beginning to end. Whatever fates oblige most twee songwriters to have two or three compelling “singles” followed by a side and a half of filler, they hold no sway here. “Every Scene Needs a Center” ranges from punky bursts to mid-tempo near-ballads and even includes a stop-and-start mini epic, yet it always maintains a brainy ear for melody and a penchant for vocal harmony. Tullycraft have developed a newfound appreciation for, ahem, “rawk”, providing a generous dose of distorted guitars that I’m betting sound great live. Every catchy rock record is called “summery,” but there are no sweat-soaked beats or lazy sing-along choruses here; everything is ice-bright and shining. The boy/girl lead/backup vocal dynamic is a particular treat, consistently giving the listener a surplus of smiling pleasure.

If there’s one thing that distinguishes Tullycraft from its fellow twee-nesters, it’s their whipsmart, mile-a-minute lyrics. Bubbling over with references to scenes, pop culture, and other bands like Mates of State or Belle and Sebastian, their songs spark semi-heated name-that-nod debates on internet message boards. Tullycraft take a lot of flack for their brash, insiders-only approach, and there’s some merit to this view. The snark prohibits them from writing a truly affecting pop record with broad-based appeal (Camera Obscura's Let’s Get Out of This Country for example). But it also delineates their individuality, and catches the listener’s attention more than any tired I-like-a-lady placeholder lyrics could. Plus, if you’re on side, it’s fun to call out various emo poseurs with “could you please keep your breathtaking beauty / Because we’re bored to hear your heart still breaks / And we know, we know, we know, we know, we know” or share the titular character’s delight in messing with people in "Georgette Plays A Goth." As on past twee-nthems like "Twee" or "Songs Your Boyfriend’s Too Stupid to Know About" where the tightrope is deftly navigated, the success of the uber-clever turns the delight up to eleven.

With all this irony flying around, it’s an unexpected treat that the album’s most lasting moments are its most straightforward. While “Georgette" and "Bored to Hear Your Heart Still Breaks” are the strongest, most fist-pumpin’-est songs here, "The Lonely Life of the UFO Researcher" may be the most beautiful. Moments of plainspokenness toward the end of the record hint toward possibilities for a better record buried deep inside “Every Scene Needs a Center.” Vocalists Sean Tollefson and Jenny Mears really sell lines like “no place in the world / for one Essex girl / who waits to be found,” a moment so heartwarming it calls for more like it, a classic pop album no longer locked in a self-referential niche ghetto. And yet, it’s the very braininess of Tullycraft that encapsulates and stages their straight moments; they’re so baroque that when they finally say something simple we stand up and notice, and all their intellectualism acts as a proof of concept for their poignancy. Thus a strange tension and balance prevails between the band’s more bratty and more sincere sides. The album closer is an odd summation of this dynamic, as the plaintive piano and gentle singing makes the song’s mocking refrain “we know you’re cute, you told us / but we won’t pretend we don’t notice” strangely moving.

Though I can’t help wishing for less ‘tude and more sincerity from Every Scene Needs a Center, I know the very sentiments that are so winning here are predicated on Tullycraft’s cheekiness. More importantly, I wouldn’t want to unravel the sensibility that lies at the heart of Tullycraft, a great pop band over ten years into a career that shows no signs of slowing down.