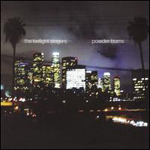 The big narratives, all of our favorites, have a “good guy.” This is the side that you’re supposed to root for. Even if you like the bad guy better, which you probably do since he is a flawed and more thoroughly developed character, you do so knowing that he stands in opposition to the daring, classic hero. This is one of the things we love about bad guys: they’re the sinister other half of the characters that we embrace and celebrate. Their conflicts represent the way that we understand the world around us, and the way that we understand our struggles with “right” and “wrong.”

But there are also battles where that rationale doesn’t make sense, and the outcome — whatever it is — could be as problematic as the fight itself. These struggles go beyond the cliché of “there are no winners”; these are a question of which winner will cause more harm. These battles get a fair share of media coverage, but hardly any thorough, critical analysis. Some examples: bullfights, Bush versus Kerry, any conflict in the Middle East, whether or not to hook up with an ex, and — let’s pull one out of a hat — internal struggles with drug abuse.

Because we are so used to the good/bad narrative, we rarely think hard enough to ponder what things would look like without it — the removal of the good/bad dichotomy in the majority of our fiction and factual narratives is incomprehensible. When stories like this do escape into the public eye, they don’t inform as much as enrage, and the rifts they cause don’t just alienate people from other people but people from their understanding of the way that world works. These are the battles that actually matter, and the poet laureate of that battlefield is Greg Dulli.

“Battles that actually matter?” Listen to me, shit. And fuck you, Greg Dulli, for making me get all serious. Back when I used to read Rolling Stone like it was a porno, and their review of Gentleman (along with the video on MTV) made me buy a copy, I learned what the Afghan Whigs was all about. It was about something raw and elicit, the things that you do but don’t tell people about, pleasure for pleasure’s sake, pain and suffering for the same reason. You guessed it: I became an official member of the Greg Dulli cult. And sometimes that cult forces you to get real serious.

Fellow culters and new arrivals, our messiah has returned at last, the local hero from Cincinnati, the rock legend among an increasingly older crowd who never especially liked the Pixies, and the pop culture footnote for those who remember the video for “Debonair.” Dulli didn’t fucking care if you listened then and he doesn’t care now. In fact, in my mind he only does three things: make love, make records and take drugs, and he does them damn well and frequently. This is the fifth record with his name quietly attached to it this decade, and it is by far the strongest. But Dulli isn’t one of those assclowns that cuts a record every time he gets bored; he actually has demons, and his records have always been dark little exorcisms. Powder Burns is the physical manifestation of an epic interior struggle, where the war isn’t good versus evil, but bad versus worse. And in that clawing fight we all come out scraped winners.

Whoa, see me getting serious again for a minute? It just comes over you. But it’s hard not to take someone’s struggles with drug use serious, and this automatic gravitas carries over to this record, Dulli’s “battle with drug use” album. Recorded among the desolation of Katrina in a studio powered by a generator, the album has a heavy burden, some serious pathos, and the seething emotion and filthy sexiness that marked Dulli’s best work with the Whigs. Dulli has always played up his sleazy side, which is one part violent criminal and two parts sexual predator, but even that side gets darker when clouded by a real-life addiction to drugs. In that way he’s like the classic “bad boy” but without any redeeming qualities: you don’t want him coming home with your daughter, and you sure wouldn’t bet against him in a fight, and at the end of this album he still doesn’t really find redemption. Here, finally, is Greg Dulli and the Twilight Singers’ coming-out party, and the de-closeted skeletons are both frightening and embarassing.

First of all, this record is the “hardest” thing the Twilight Singers have released, but is situated squarely within the realm of anthemic arena rock, not the more straightforward stuff of Whigs nostalgics. Most of the time this works beautifully. The subject matter and lyrics are so bombastic that the obvious pairing is a bold, huge, sound, which the Singers deliver in spades. The opener is an effectively brief instrumental that builds toward “I’m Ready,” which channels raw physicality better than any song since “66” or “John the Baptist.”

“There’s Been An Accident” has a Lion King-meets-My Bloody Valentine opening, and takes off from there into a piano ballad with a ridiculous climax followed by a string drenched denouement. Again, the lyrics deserve such treatment, chronicling people whose drug addiction has reached rock bottom, which makes looking up theoretical but ultimately impossible: “you realized / you were taken for a ride / but still you call that number / until you crawl back under.” “Bonnie Brae” has the melodic strength and energy of “Teenage Wristband,” but replaces that song’s celebration with lamentation. The guitar here drives the narration, something that Dulli has said is about a friend’s drug use as well as his own. At the song’s end, Dulli asserts over a two-note guitar line, “I’m not saying it’s easier / to live your life like a little whore.” It’s a scary and heartfelt line, either the most intensely personal attack or saddest moment of self-hate on the record.

The over-the-top sound of the album can make Powder’s second third seem a bit blustery, as on the horrifying misstep “My Time (Has Come).” On first listen I was convinced it was a hair band cover, but copious Googling has yielded no conclusive answer. The song sounds vaguely like White Snake, although perhaps I’m only thinking this because the song includes the line “Making love to the snake inside my head.” Dulli’s animalistic prowess does have a limit of tolerability, and this is it.

The final third brings Dulli (and us) closer to redemption, with both the title track and “I Wish I Was,” an R&B track so classic that I want, badly, Sade to cover it. Complete with bongos and chimes and a muted trumped, the track is proof that Dulli is one of the only people extant who can pull off the street-corner hustler and street-corner Cassanova personas at the same time. It is a perfect album-closing slow jam, all drama and sex and drugs, and there’s absolutely nothing to reassure us that the whole fantastic shitstorm won’t happen again. Not just this album, but the drugs, the loss, the confusion, the pain, the demons, all of it. Sometimes, the best thing we can say at the end of the fight is that it’s over.