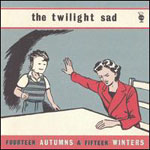 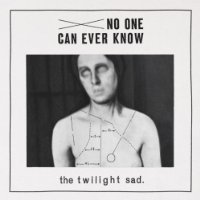 No One Can Ever Know

The reemergence of the capsule review: mere economic necessity, death knell for serious criticism, or the only proper response to staying somewhat on top of the glut of interesting trends and bands (to say nothing of records) to come down the pike in any given month? No less a head than Robert Christgau argued this last point years ago, suggesting the only way to stay in touch with a glut of great records is by analyzing them temporally, rather than substantially. I have to imagine this is deeply unsatisfying to the reader—this imaginary creature in my head who enjoys reading lengthy exegeses of records without, themselves, being critics. Maybe this is the fundamental problem with what we do; the only people who seem to read us, or anyway, respond to us, are those who either do or want to do exactly what we do. The number one question, across the board, from the musicians in my crappy blues bar band to the guy trading vinyl with me every Saturday: “So, have you heard anything good recently?” Followed by, “oh yeah? What do they sound like?” If anyone has ever asked me to comment on whether the band I’m recommending fits comfortably in the tradition of pop music or whatever, I don’t remember.

But ah, this fanciful reader! This person I have been trying, for almost a decade, to conjure out of thin air. She or he is willing to read, at some length, some pretty esoteric writing because they want to learn more about what a record is, like, saying. Not just whether it’s good, whether it sounds like the kind of thing they’d enjoy, whether they should take the forty-five minutes out of their time (in addition to however long it takes to read a nine paragraph review) to try this record on for size. This reader is not merely looking for some guidance in a world where technology has increased the volume of available records, but not the 18 hour window of wakefulness in to experience them. Oh ho, no! My reader demands comment on the larger socio and cultural world in which they live, and they’re going to find it in my glorious prose about the Fiery fucking Furnaces.

Maybe I’m the only who thinks this way, but I doubt it. Critics, like painters and musicians and people calling into sports talk shows, are all trying to find some novel way to get heard above ever expanding competition. I think this explains why general music writing went from being a well-oiled hype machine to one of sheer perpetual motion: every conversation is important, and everyone needs an opinion, no matter how grudging, half-formed, self-consciously conceptual, or actually keenly observed. I think this also explains why every eighteen months or so there’s always a piece lamenting some band or trend generally regarded as overlauded, taking our own community to task for, of all things, over-enthusiasm. Everyone’s done one: here’s mine, written when I was 25. In a weird way, I want the conversation about this to keep going, even though I now think it’s a rite of passage for everyone who writes about music for any length of time. Because I think this conversation is the only way at arriving at a criticism that can speak to a record the way that record spoke to its critic.

Because, and this is my hypothesis: no one engaged with records, music, and shows, past the point of mere consumption (musicians, writers, promoters, record label employees, producers, apologies to whoever I left out) stayed with whatever they’re doing to get, or because they were, cool. At least, not for longer than maybe two years—these things have a pretty solid wall and sheer posturing, good drugs, and weird sex can only take you so far. At some point, you find that the only thing that can sustain you from some long, lonely, self-questioning nights is simply love. It’s true that, at points, one needs to reconcile the fact that how music enriched, informed, excited, and truly saved his life may not necessarily be the way anyone else’s lives are enriched, informed, excited, and truly saved by the same. But one, I’ll posit, has to operate on that assumption, because otherwise there’s no real explanation for what the fuck we’re doing here.

Right? Right. The pop critic’s tastes, however, tend to run fairly catholic, which puts them in a bind for saying something credible about as many records as possible. The specialized critic has less of an issue with this, for obvious reasons, and, weirdly, has more value in this environment: they can rely on a regular audience who make themselves known on a regular basis—metalheads writing for metalheads, punk zines writing for punkers, feminists writing for feminists. But if the audience is fairly omnivorous, hardly a new phenomena and not confined to the terminally hip, the specialized critic gets treated like a returning conquerer: “And what is the word from the shores of Stoner Metal?”

Enter the capsule review: “band sounds like x, on record label n, very in tune with v, insert silly adjective and a noun-turned-verb.” The problem, if it is one, is that these do more to address the critic’s anxieties than the audience’s need for new music, or a guiding hand through the morass, or an unfairly overlooked, underhyped gem. There have never been more options than before to find in depth criticism of a band they love. Metacritic does the exact same thing as Twitter blurbs, and is more representative: it gives the consensus, posts reviews on either extreme.

It needs to be said, however, that there are a lot of records about which not a lot can be said, and the capsule certainly alleviates the problem of writing three paragraphs about the Twilight Sad. The Twilight Sad’s problem isn’t so much that they’re derivative, it’s that they haven’t yet broken out of the promise that their first record hinted at. The band makes really well crafted records in their chosen idiom, but there are at least twenty other bands that do exactly what they do. Swelling, spatial, blissed-out, choose your adjective. Themselves anxious of this, the band enlisted top notch producer Andrew Weatherall and began ingesting a bevy of post-punk touchstones to broaden their pallet. It worked, to the extent that instead of sounding like twenty other bands, they now sound like twenty different other bands.

I don’t necessarily want to take it out of the player—Twilight Sad still makes impressively moody, visual music, and it needs to be said the new focus on rhythm helps augment rather than radicalize that basic misty gloom. It helps that there are great songs here, too, like opener “Alphabet” and “Don’t Look at Me,” which almost arrives at a point where they could conceivably be great. There is still the issue of James Graham’s voice, so strangely accented (were Mclusky this hard to understand? Rod Stewart? The Proclaimers? Does the Northern UK feel this way about the Ramones? The Drive-by Truckers?), and also that their basic instrumentation remains unchanged—same pump organ, same guitar, same drum, same thirty thousand pounds worth of echo boxes. At times, it reminds me of the Cure’s Pornography (1982), but less percussive. But rather than that, it more closely evokes the Horrors last album, only less electronic. So, in that respect it does sound like every other Twilight Sad album, in that it reminds me of their immediate influences, only less than them.

And there you have it: months of a band’s time, sweat, fears, and nights of alcoholic enervation dismissed in about four sentences, with which Christopher Alexander has officially Weighed In on the new Twilight Sad to make room for the next forty-five minutes of his life. I’m happy to read that the band has its partisans, and the album its champions. It is a tremendous, wonderful thing when a record speaks to you, when you can let it move you the way nothing else can. The problem arises with those of us who, like anyone using Twitter, scanning Hipster Runoff, perusing the first thirty seconds of any number of YouTube videos to feed our ever evanescent feeling of knowing everything, merely wish not to be bored.