Other Records by Tyondai Braxton 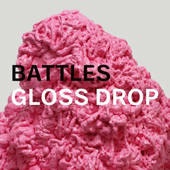 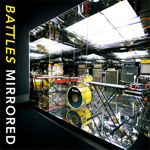 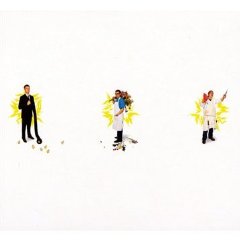 Tyondai Braxton’s dirty secret is that he just wants to let loose like a rock star. As Chet put it in his review of Braxton’s Battles project, he has the uncanny ability to put the most out-there elements together and “act like it’s music of necessity and not concept.” And the tension has never been higher than it is on Central Market, a thoroughly-composed piece recorded in conjunction with the 50-piece Wordless Music Orchestra, kazoos and all. Needless to say, any issues the album has don’t stem from Braxton taking himself too seriously.

In fact, contrary to what you might expect for a definitive movement into classical terrain, the main problem is an irreverence that borders on cloying. Perhaps because when Braxton finally gives in to his deep rock impulse on the penultimate track, it carries an intensity that makes the preceding tracks seem like a lengthy prelude. Although “J. City” isn’t so much straight-up rock as it is the breathless falsettos of Mike Patton over the chunky, staggered rhythms of This Heat. Rather than reaching back to Mirrored (2007)—which is actually closer, at least in spirit, to the excess and tight compositions of the rest of Central Market—it recalls more than anything here Braxton’s last solo album, History That Has No Effect (2003). Around the time of that album’s release, he put on several shows where he sat all alone on stage, surrounded by guitar pedals, drum machines and a mic filtered through various effects. It’s an image in stark contrast to that of a huge orchestra playing sheet music, and the two are nearly impossible to reconcile.

Which isn’t to say that the rest of the album isn’t impressive at certain points, though the law of diminishing returns weighs heavily here. What at first sounds like a forest of myriad details and interactions between instruments on “Opening Bell” and “Uffe’s Workshop” begins to collapse under the weight of the compositions, and the cartoonish melodies that announce themselves on no less bombastic instruments like harpsichord, kazoos or human whistles, tend to bury everything else. Likewise, there’s a smouldering piece of minimalism in the monosyllabic vocal eruptions and off-beat bass rumble on “Platinum Rows,” but every square inch in between is crammed with pompous string arrangements, some of which carry the ten-minute track so far off course that when the central motif re-appears it’s like being lulled to sleep then smacked awake repeatedly.

At the very least, “Platinum Rows” achieves a sense of purpose—though to what ends I have no idea—that the first three tracks, with their almost Danny Elfman levels of score-anything grandiosity, sorely lack. Here, ideas of necessity and concept come into play again, insofar as Central Market needs one or the other. It’s a somewhat unfair comparison, but it’s hard not to think of the loins from which Tyondai sprung: father Anthony’s music was often “composed” with bizarre graphic drawings, which, while perhaps not providing any concrete conceptual apparatus for his music, at the very least afforded a huge deal of freedom to his individual players. We’re talking about radically different styles of music here, but it’s a reminder of how much Central Market struggles to rise above the notes on the page.

At least until the back half of the album. As if finally done dicking around, things take a completely different tone with “Unfurling,” a morbid chamber-drone where it sounds like the squeaky instruments have been slowed to a crawl and put at the bottom of a well. After “J. City” it’s as if the classical side of the album has been consumed by something greater, and “Dead Strings” serves as an appropriate requiem: the titular strings being gradually overtaken by walls of fuzz and proggy drums. I’m not going to suggest that one side of the classical/rock divide is inherently better, but it’s hard not to speculate about where Braxton’s intuition lies. By the end of “Dead Strings” he already sounds like he’s anxious to make the next Battles album.