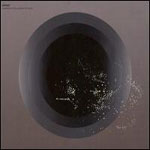 Conditions for a Piece of Music

I don’t think I couldn’t have picked a better opener for my Halloween podcast than “Saprochord,” which also opens Ultralyd’s second album, Conditions for a Piece of Music. More than any other band on the Rune Grammofon label, they epitomize the bleak core of Norwegian experimental music, exorcising their demons through industrial clanks and the devil on baritone saxophone. Consider this the polar opposite of the album I last reviewed, Roam the Hello Clouds’ Near Misses; here, the jazz riffs are robbed of their languor and “swing” only refers to the unpredictability of assault—not to anything you might actually move around to. Nominally, Ultralyd are a free improv ensemble, but unlike many of their contemporaries they couple the free jazz-inspired improvisation of Evan Parker and Derek Bailey with more minimal, classically-based “creative orchestras” like Fred Frith’s work with the Ensemble Moderne. Their overall effect, however—if not their technique or composition—comes closer to the industrial/ambient/drone of Nurse With Wound or Sunn O)))), albeit with the occasional use of a metronome.

Conditions for a Piece of Music is less of a great album than it is a series of sketches, but if the individual tracks aren’t always fully fleshed out—the title track is the only one here that exceeds 6 minutes—it nevertheless covers a broad palette, moving from sparse and haunting chamber pieces to more upbeat numbers that sound like Sun Ra being dissected and rearranged note for note or the Birthday Party covering Benny Goodman. Even on these funkier songs, like “Comphonie III” and “ Comphonie IV,” the sax sticks to simple riffs built around a few notes and the drums rarely stray from the very first rhythm any aspiring jazz percussionist learns. Any shifts that do occur happen at a maddeningly slow pace. That sounds like a criticism, I know, but the result is often hilarious: it’s like some zombie version of a 1930’s night club, and the effect helps to leaven the otherwise overbearing tension of the more ambient tracks. The latter are startling in their sense of restraint: for example, the title track is 8 minutes of instruments rarely playing more than one note at a time. While it doesn’t necessarily go anywhere, it remains effective by always hinting at some impending doom, the musicians maintaining the atmosphere like a tight-rope walker. It’s also extraordinary to listen to with the presumption that it’s all improvised, in which case the band’s attunement to one another is astounding.

The band’s strength lies not in the more identifiable instrumentation but in the disembodied noises they use to let the music hang together like a creaky door hinge. These range from found-sound percussion to bone-rattling bass hums to naked trebly scratches, all of which seem to compete with each other to see which can be more creepy. Such a preoccupation with mood and texture tends to erase any question of the actual arrangement of these sounds, but when you’re playing with mud you don’t want to build the Venus de Milo.