Other Records by Underworld 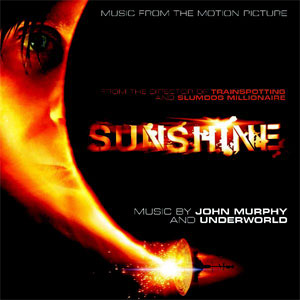 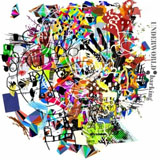 I’ve got every Underworld single ever pressed, and if my house ever blows up, hand on heart, that collection will be the second thing I rescue from the inferno (obviously I’d wake my girlfriend up—there’s no way I could carry it all alone). Despite my fifteen-year love for Rick Smith and Karl Hyde, though, I’ve rarely listened to the first track on half the EPs they’ve produced. Why? Because the radio edits, the three-minute redux of whatever single they’re launching, provokes the same reaction I imagine Pink Floyd fans experience whenever MTV+ plays “The Wall” (the edit). First the remote hits the TV, then a single thought comes to mind: spare eight minutes and enjoy the full version—you’re missing out on a lot more dancing hammers. And in the case of Underworld fans, a second single thought comes quickly to mind: digitally erase every track 1 off of every Underworld single on the market.

In 1999, back when Smith and Hyde were still collaborating with whizzkid Darren Emerson, they released “King of Snake,” a rippling, carnivorous Donna Summer distortion that was shortened into an edit called “Barking.” This mix, penned by Rick Smith himself, sent the track even further down its own bat-shit tangent, dipping into Hyde’s reclusive mumbling and then cresting with live performance overdubs. It was anarchy and ecstasy shortened into a tablet and it wriggled to #17 on the charts. So when I learned that the next Underworld full-length was to be called Barking, and that the tracks were all short, and that Hyde and Smith had recruited new whizzkid collaborators to help them rip up the beats, my neck hairs stood on end. Fresh from their rocky experience making soundtracks and shaking off the sulkiness of Oblivion with Bells (2007), Underworld were about to return to the fore, rediscover their mojo, and lose it.

And now, after two months of solid listening, I can say I was four-fifths right. Barking is a multicoloured slug in the guts, bursting with touches from six guest producers and stripped down to 54 minutes. The downside, however, is it’s a little too stripped: in shifting the focus from abstract trancing to no-nonsense techno party-poppers, Smith and Hyde seem to have sacrificed a little of their magic, swapping electric ramblings for dance floor meat. Rick Smith has said before he wanted this one to be more “woofter doofter” and he’s certainly achieved that on Barking, though oddly it’s Hyde who feels in charge of the album, his eighties excesses/time supporting the Eurythmics clearly audible in the music.

To get the most from this album, you need to let go of any attachments to its predecessors and take the record purely at face value: if Underworld’s previous LPs were designer medication then Barking is solid fuel, tested and developed at countless live gigs and combusting like Olympic fireworks. “Bird 1” is the fireworks’ fuse, with Hyde’s stories of household mystery set to beats which mirror their debut, 1993’s crossover monolith Dubnobasswithmyheadman. The brooding auto-bass, sexy hats, and radar sweeps make the Underworld palette positively sparkle, guest producer Dubfire adding disco flourishes with his plops and a little guitar work. Then the guest star factor gets a little more boisterous on “Always Loved a Film,” where DJs Mark Knight and D Ramirez push for shameless clubland excess; with its gushing chorus and festival energy, this should’ve been released three months ago when everyone could’ve pounced around and gurned and put their hands up into hot blue skies. Even Hyde, famed for his broken lyrics built from conversational debris, seems to lose his shit as he flirts with straight pop couplets: “For the eyes that hide behind black glasses / Sunlight hits at me once she passes / Heaven, heaven / Heaven, heaven / Can you feel it…?” By the time you reach “Scribble” and High Contrast’s rousing drum ‘n bass melody, you know that their “Born Slippy” glory is within reach. Never mind riding the sainted rhythms—here you get strapped to a runaway pop bobsled blasting through mounds of dizzying white. Karl Hyde claims to have never taken drugs, but by God, someone’s slipped him a pill here. He barely has time to let his secretary do her word thing (“Whispers / Elevators / Bad boy / Drive / New York girl / Bang”) before the mega-bass and two-step sweep him up again.

Which makes follow-up “Hamburg Hotel” seem all the more disjointed, and marks the point at which Barking takes on an air of conspiracy. As a Hyperdub bass line gets grafted onto cycling cubes of light, the keen-eared Underworld fan will spot striking similarities between this and earlier, more straight-laced material, hinting that perhaps this “newfound energy” might just be a means of netting new fans. While Underworld’s sound has always existed on the fringes of commercial pop, Barking is the first time the band has aimed for out-and-out overnight accessibility, and you can’t help but feel it costs them some edge. Hyde and Smith themselves seem to acknowledge this—a second limited edition CD features uncut pre-collaboration demos—and for all the midnight energy of tracks such as “Between Stars,” where Ramirez and Knight are drafted in to mimic Depeche Mode at their most laser-y, the likes of “Grace” seem something of a flop—room-temperature Hot Chip at best.

As the record climbs out of its disco trap by means of “Diamond Jigsaw” and its crunching guitar line (amazingly, Paul Van Dyk had a hand in that one), the band is left to sign off conspirator-less, and do so with the delicate “Louisiana,” a reworked live ballad called “Jumping the Cran” that’s now been converted to lounge. The once-incomprehensible Hyde goes straight for the heart here, singing of “Planets in sweet collision / Quietly violent, quietly violent” as he scrawls a note to his lover. It’s a sombre moment for the band, and one that takes the new-generation-of-fans angle to the quieter end of the scale. This is an Underworld for Jazz FM; a dance band you can build a log fire to.

At 51 and 53, many would argue that in front of the log fire is where Smith and Hyde belong. Anyone with a knowledge of Underworld’s ingenuity would be quick to quote a small piece of history: in one form or another, Karl Hyde and Rick Smith have been producing music together for 30 years now, with Barking possibly their most encompassing hour to date. Despite the deficit of quarter-hour acid trips, the ghost of Freur, the band’s first incarnation, is all over the hooks on this album, bringing new wave touches to its video kicks. Even the forecast backlash from fans of the trance era can’t dent Barking‘s relentless enthusiasm, and given the sufficient exposure and time, everyone should be able to party to it. It’s just that for an Underworld album it sounds distinctly un-Underworld, and more like someone’s asked Smith and Hyde to ghost-write a Now! compilation. Any serious artist needs to evolve to survive; I get that, I do, I promise. But if someone handed you a sparrow and said, “This used to be a velociraptor,” you’d need some thinking time too.