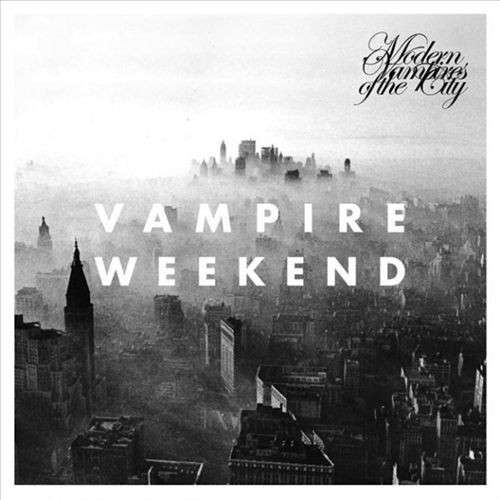 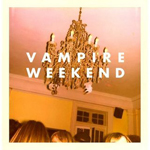 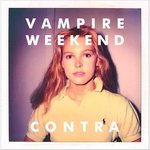 There is no respectable position to take on Vampire Weekend’s Contra. The interminable cycles of praise and jeer that accompanied the release of the band’s self-titled debut have created such exhaustion that being vehemently pro- or anti- anything this band does seems desperately out of touch. Indeed the talk around the water cooler here at Glow headquarters was so tepid we could barely work up the energy to roll our eyes. Rather than appear to be caught in a swirling Groundhog Day-esque time vortex, music watchers take a kind of blasé non-position coupled with a disdain for the impassioned on both sides: the album is fine and all, but nothing to get too worked up about. It’s not the band I hate, it’s their blog memes.

My own entry into the canon of backlash is well documented, and Contra is exactly the kind of logical (though intentionally warped) extension from the band’s debut that convinces no one—neither fan nor skeptic—to switch sides. Contra is equal parts treading water, experimental shift, and hater-bait, an album that provides fodder for all comers. Its most impressive achievement is in embodying everything that everyone already thought about Vampire Weekend, in all its paradoxical, kaleidoscopic glory. It is thus the perfect storm of internet controversy, almost calculated in its doling out of fuel for fires that have dwindled. And if we weren’t so weary we might just redo those heady missives on privilege, punk, pop, and colonial appropriation.

Alas, we are weary. None of Contra’s scant virtues can move us. First single “Cousins” has an “A-Punk”-like drive and a decent chorus. Its refrain, “Me and my cousins / and you and your cousins / it’s a line that’s always running,” is exactly the sort of vague, non-political-but-clever wordplay that Vampire Weekend does well when it’s kept simple. Along with “Giving Up the Gun,” it’s a fine enough song to provide fans of the debut with something to enjoy. Vampire Weekend has always had a solid instinct for pop songs, and had so much of their potential not been squandered in distraction, these instincts would have served them well. Here on their second album we are treated to songwriting more forced and less compelling than on their debut, but Koenig and co. are still able to put verse to chorus and generally keep things lightly bopping along.

Where Contra deviates most sharply from its predecessor is not in the slightly (and thankfully) diminishing rips from afro-pop, but in the sudden emergence of electronics. “Horchata” and “White Sky” drop synth bass and rolling programming in amongst the drums and voices, which offers a fresh take on the band’s schtick by refracting it through lap-pop. “White Sky” in particular is a convincing-enough concoction of Koenig’s grating smugness, Jimmy Tamborello’s NES presets, and “Crazy Love Vol. II.” This all represents “growth” and “progress,” I guess, so those looking for more-of-the-same-but-a-bit-different from Contra stand a good chance of being satisfied.

Then again, there’s “California English.” The heavy Auto-tune on Koenig’s vocal appears pitched halfway between a failed masturbatory experiment and a half-assed joke. In a robotic monotone Koenig drops hot fire like “Fake Philly cheese steak but you use real toothpaste,” and since I can’t possibly take that seriously I’m either supposed to giggle (at the addressee of the song, presumably) or be annoyed. With “Horchata” at least I know I’m being baited. The first line, “In December drinking horchata / I’d look psychotic in a balaclava,” in its placement at the head of the album and its choice of key nouns appears calculated to irritate, sung to a melody full of overwrought twists and non-sequitur intervals. Now, while I can understand the band writing something even more prissy and full of appropriation just to stick it to critics, I am genuinely puzzled at their insistence on making the song so unenjoyable. The disdain for direct melody is matched by the track’s schizophrenic alternating of textures. Perhaps beyond daring me to dislike it, “Horchata” is at pains to prove that Vampire Weekend are not a one trick pony and thus run away from the more unadorned pop of the debut.

This discomfort with simplicity pervades much of Contra and Ezra packs lines with syllables and trills wherever he can. In “California English,” the laboured tongue-twisting of “Contra Costa, Contra Mundum, contradict what I say / Living like the French Connection, but we’ll die in LA” overshadows any pleasure one might wring from the smug cleverness of working the hipster trifecta of Paris, New York, and LA into a single line. “Holiday” offers “A vegetarian since the invasion … She’d never seen the word BOMBS blown up / To 96 point Futura,” and “White Sky,” otherwise the strongest track here, contains “The elderly sales clerk won’t eye us with suspicion / The holy motor corporation has given its permission.” Things open up, even breathe a sigh of relief, when Koenig chills on the wordplay a bit, but these moments of cringe-worthy too-cleverness are never very far off.

Why Vampire Weekend seem uninterested in being a no frills pop band is a mystery. They slather what would sometimes be solid songwriting with such production doodads, intertextual namedrops, wry smirks, and defensive irony that the songs themselves are crushed under the weight. Should the band just relax a little they could turn this whole thing around. For now, however, we have Contra, an album that keeps supporters and detractors in a holding pattern: the lines drawn in the great VW War of 2008 remain the same, and thus you probably already know what you think about this record. The unfortunate thing about this whole mess is that Vampire Weekend’s most prominent, enduring cultural presence is not their albums but the cycles of hype and backlash (repeat until exhausted) that surrounded their arrival. Perhaps Contra, too boring to really fight about, represents the close of those debates and the point of departure for a new sort of engagement with the band, a maturing beyond these youthful spats and spiteful tunes toward something more deserving of our care and attention. Fingers crossed.