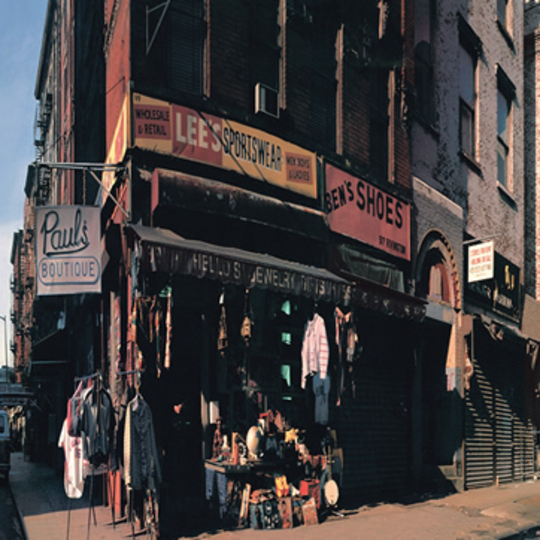 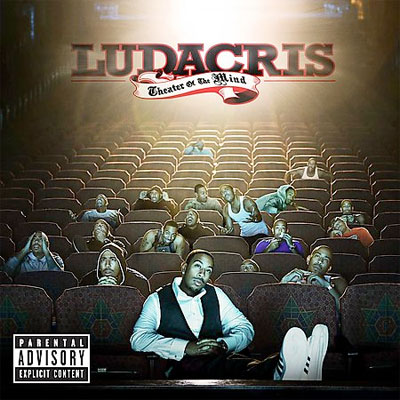 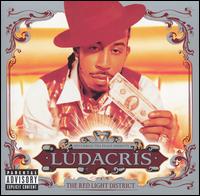 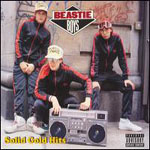 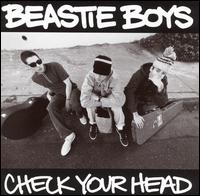 With a catalog that includes nearly as many videogames and toy lines as it does platinum records, and a name more household-ready than those of most rap stars, Def Jam is less a label than a brand—a beloved image to be packaged and sold and consumed on a large scale. Their business operations are as involved as they are lucrative, and yet they operate discreetly behind a well-established veneer of sub- and counter-cultural charm and charisma. Meaning that Def Jam is in the perfect position: it is a fully-functional corporation, raking in the GDP of a small country, that seems like a cool, anti-corporate community. And that’s only partly because Jay-Z was president.

At a certain point, though, forays into licensing are revealed to be the fairly cheap exercises in profiteering that they (almost always) are, and shit like Def Jam Icon doesn’t get a free pass just because it gives Ghostface a solid excuse to beat up Ne-Yo. So, when the label responsible for both “Fight The Power” and Method Man deodorant ads releases a four hour, five disc box set commemorating its 25th anniversary, it’s difficult to discern good intentions from bad. Has a merciful licensing department deigned to answer the call of fervent label completists, or is this Def Jam’s marketing savvy trying, once again, to capitalize on its own legacy by propagating a celebration of the same? There are some persuasive arguments for and against this sort of label-wide retrospective treatment, and this compilation tows the line between the best and worst aspects of the format. On the one hand, it spans the label’s rich history, so that its 60 tracks encompass nearly the entire history of hip hop itself—establishing the label’s personal narrative as a broader aesthetic-historical one, as the line drawn from the earliest singles to the most recent passes through almost all of the genre’s major movements. In a sense, Def Jam’s history, as long, varied, and highly influential as it is, is also a kind of basic history of hip hop. On the other hand, that narrative scope means consistency is sacrificed in favor of historical accuracy.

Comprehensive representation, then, largely takes precedent over calibre of content, but with a catalog this broad that issue is inevitable. It’s frustrating, but great albums just aren’t going to be represented fairly across a collection of singles, and the set-up just generally works in the favor of artists for whom one-off hits are stronger than LPs entire. So though there are thirty Kanye songs better than any one by Musiq Soulchild, “Just Friends” makes the cut by virtue of the compilation’s dedication to inclusiveness; and instead of something from The Pretty Toney Album (2004) we get…“Back Like That.” That said, exceptions are granted where applicable: Chingy and Tila Tequila are nowhere to be found (feel free to utter that sigh of relief), while LL and Hova pop up thrice (though repping three singles in this set seems to undermine how deeply Jay’s relationship with Def Jam ran, particularly when “99 Problems,” whether by the luck of chronology or otherwise, precedes “The Thong Song”; Sisqo wouldn’t have thrived under Carter’s rule).

Importantly, it’s the compilation’s final disc, populated by some of the most ubiquitous hip hop singles of the last few years, that proves Def Jam’s continued relevance. The late Shakir Stewart’s two major signings, Young Jeezy and Rick Ross, round the disc out with some of the label’s least explicitly mainstream material this decade, but Ross’s “Hustlin’” and Jeezy’s “Put On” are successes in their own right. Santana, Ne-Yo, and Fab deliver the kind of insipid pop material Ja Rule and Ludacris did so consistently in the ’90s (“There It Go” isn’t quite “Party Up,” but their respective hooks hit that pop sweet-spot where what’s infectious under the influence is completely intolerable sober), and Kayne reminds us that his material is good enough to warrant bad behavior (mostly).

And then there’s “Umbrella.” It confirmed Rihanna’s status as pop superstar, but she simply wore the material well—the real stars here are the song’s co-writer and -producer duo, Tricky and The-Dream, who, having penned this and Beyonce’s “Single Ladies,” are responsible for the two best pop songs of the 2000s. Everyone knows “Umbrella” for its vocal hook—that goddamn “ella-ella” echolalia was cause for more parody than praise, surely—but it’s the severe, lazer-sharp production, from its rigid snare cracks to the thick synth crackling beneath the chorus, that make the song so perfectly satisfying. This is heavy, serious pop.

As anticipated the singular hits feel perfectly at home in the company of friends, and though each of these five discs lack the coherency of “albumness,” there are enough certified bangers on board to outweigh the occasional missteps. The early discs are dominated by recognizable old school favorites like “Paul Revere” and “Mama Said Knock You Out,” but discovering (or rediscovering) jams like “Children’s Story” and “It’s Yours” turns cursory explorations of the label’s back catalog into a useful education. We’re talking about three decades of a single genre here, after all. And, again, that scope is both virtue and folly: with little crossover between many of these 60 tracks, in quality if nothing else, it’s difficult to imagine to whom exactly this compilation will appeal. The greatness on display here is bountiful, but the varying particulars are tough to reconcile.