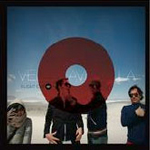 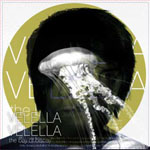 Velella Velella: The Bay of Biscay 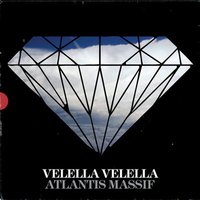 Velella Velella is unique on a couple levels: they purvey indie funk that’s actually cool, maybe because they are just as much inspired by Madlib-esque hip-hop and Stereolab electronica as they are by “indie” or “funk” (I strongly believe that this is the kind of group that exposes !!! as a joke and Junior Senior as a piss-poor joke); they can name a track “This Bread is Hard as Crackers” and I’ll think that’s good and fine. And I have a personal relationship with this music as I’ve heard most of these tracks in various demo forms, even discussing my thoughts with Andrew Means, one of Velella Velella’s principal members. Somewhere in there some tiny impact may have been made on the finished product. Of course, I told him I was infatuated with this one slick banger I called “Ooh Nani” and that shit didn’t make the record, which makes you wonder. The real question is, I guess, whether Atlantis Massif can do anything but sink under the weight of many best wishes.

Backstory: Velella Velella’s Bay of Biscay (2005) is a record that I’ll always have underrated, not in my heart but in my percentages—because I was striving for some modicum of objectivity. Fuck objectivity. That album’s like an 85% and is one of the best, most underheard party records ever. It’s a record you share and its warmth spills out and grows the more you do so. I play it a party and then Clay loves it; Clay plays it a party and then Dom loves it; Clay, Dom, and I love it and then CMG’s bound to dig it; CMG puts it in on our top 100 records of the decade and then maybe two or three of you will play it at a party someday and hear what we’re on about. This is the most we can hope for but it’s not as much as Velella Velella deserves. That’s why I’m stuck now, caught between a faint wisp of disappointment and the recognition that I should be telling you how great this band is—or between the false aura of removal and the possibly just-as-false sense of my own involvement. But while this album doesn’t have the lush sprawl that rendered Bay of Biscay a righteous odyssey, I guess I should find relief in how very good it still is.

Any small criticism of Velella Velella puts a foul taste in my mouth so let me get this out of the way: this record is eleven tracks, some of which are tight, and the general feeling is that Atlantis Massif is constructed with the intention of being something of a break-out record—but the pacing lets it down in this regard. The first half of Atlantis Massif is a stunner, rife with sinewy, live band beat-making that’s acquired a new edge, a sharp-as-tack disposition. The first track is the only definite exception to that paradigm: as an opener I think “BBQ Claus I & II” endeavors to bring the party in much the same way that “Do Not Fold / Do Not Bend” jump-started Bay of Biscay with infectious chanting, hand claps, and an avalanche of post-Bacharach arrangement. But, what ho, “endeavors”? Great parties aren’t endeavors, they’re happy accidents. “BBQ Claus I & II” feels a tad forced in comparison to the organic tangling, untangling, and blooming of its predecessor—there’s a “Señorita” moment close to the four minute mark where Means implores the crowd not to “stop the body rock” and the intonation rises from sweaty to crotch-cupped. It still may prove effective in a party setting (don’t know, haven’t tried it yet) but it lacks the effortless transcendence that marked some of Velella Velella’s earlier shit.

“Black Stripe,” though, is an anvil-hit announcement of the band’s potential—you’ll be familiar if you listened to my October podcast. The wah-wah guitar line is a vibrating knife, the drums and bass chest-bursting, and as the track moves elegantly through its simple three-part composition there’s a palpable tension that bespeaks an inevitable coda, and when that coda comes it bespeaks awesome. As the groove breaks then rebuilds a synth plateaus at a high pitch and holds form for almost four measures before a brief, revelatory chord deviation punctuated by an “ahhh,” which really is an “ahhh” moment because that’s what you’ll feel as this music unfurls itself so gorgeously. Velella Velella know what they are doing. And they know to keep the hits coming, the record coasting through “Glower Power” starting loose before discovering a firmer progression to elevate into pop bliss-out that dissipates as “We’ll Getcha in Yeah” surges statically on synth arpeggios and a thick, clipped bass riff (that in fact reminds me of that “Ooh Nani” demo I mentioned) before picking up the pace on the drums and overdriving everything recklessly, fantastically, bringing us to “The Goose With Problems,” which is called “The Goose With Problems” and yet is the fuckin’ jam. Basically, the first half of this record is incredible, a paring down of funk music and indie rock into some vital, combined essence that seethes and shimmies with utter efficiency. It’s just about as good a first half as any other record this year.

Which is not trying to set up for some massive “but,” but…the rest of this record is mostly a pleasant drift on until its conclusion. “Time Machine’s a Bad Idea” isn’t just a nice, down-tempo break, it’s prelude to a second act where dramatic tension is thrown out the window in favor of a purely colorful production. “Milk Snacks” and “Fine Corinthian Leather” just kind of do their thing for a combined eleven minutes, not grooving too hard and making sure to stuff themselves full with cool sounds here and there and fragments of pop, nothing ever colluding into potency (though “Milk Snacks” does have a fly two-chord clavinet riff that comes in close to the three-minute mark). “Rainbow Sox” is a gem, for sure, kind of sounding like Sigur Ros on uppers and doing a videogame soundtrack—some real Sonic Team-type shit, at that—but then “What the Heck is the Truth” and “Splinters and Smoke” bring the record to a not especially memorable end, basically comprising a one-two of pretty, percussive washes with wah-wah and pretty, non-percussive washes without wah-wah. Really, the second half feels like one long fade-out from the twisting vicissitudes of that vibrant opening stretch.

So while Bay of Biscay was a joyful journey through a maze of uncharted musical territory with plenty of stops at moments of wordless wonder, Atlantis Massif strikes me more as a glorious, focused punch to the face which then leaves us waiting for the stars to subside. The songs individually are polished but the record overall has a slight sense of incompletion, like it’s a long EP disguised as an LP or something. Still, the highlights are towering and the aesthetic throughout is warm, diverse, giddy—marvelous, modern indie funk is a reality thanks almost solely to these guys. In a way Velella Velella are both unknown and unknowingly essential; I can only hope their community continues to grow and that community pushes them further and further. Oh, and I can hope “Ooh Nani” is on the next record—when Velella Velella decide to bring the heat it’s like nothing else out there.