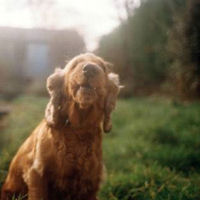 Though the prominent drum programming may have familiarized Vondelpark to his R&S rostermates, his first EP, Sauna (2010), painted the Surrey musician in flat and predictable colors. Sauna married sad-sack mumblecore vocals to underwhelming beats, both pressed too high into the mix, which made for a sulking debut never quite endearing emotionally nor engaging sonically. An attempt to relocate beat-driven post-dubstep into ever sleepy and un-dramatic backrooms, Sauna felt just unremarkable, pushing the gorgeous simplicity of contemporaries like the xx into something dull and grey. Lacking the sensationalism of elastic percussion work successfully maintained by fellow R&S signees Lone, Pariah, and pre-self-titled James Blake, Vondelpark failed to replace it with anything particularly interesting; the rest of the EP followed suit.

Suffice it to say, Vondelpark’s follow-up nyc stuff and nyc bags balances out all of the elements of his style much more meticulously, giving equal weight to each and furnishing a far more gradient outcome as a result. Though as muted in affectations as its predecessor, this sophomore EP, arriving only seven months later, remains inviting and alive, avoiding Sauna’s simpleminded binary between drama and idle boredom by festooning arrangements across nyc stuff and nyc bags with an assortment of vivid appendages. Take “Camels”: the beat used isn’t far from those of Sauna, but here it’s planted down into the mix, deeper, more of an afterthought than a focal point; it allows an ambient bass line, a clutch of translucent guitars, a trio of vocal samples, and a pirouetting synth centerpiece to dictate the sedate pulse of the song. The track seems less like a derivation of the beat, more manufactured as a response to the way the rest of the song is structured, far more organic and organized, the entirety of the song the song’s emphasis. Same goes for “Hipbone”; the clicking and snapping percussion is restrained, and a sundry of computer-generated trumpets, echoing guitars, and crescendo-ing ambient textures fill in behind vocals cooing, “You’ve got it going / You’ve got it going for you.”

Where the EP succeeds best is in continuing to make each of the arrangement’s constituent parts feel subtle and deftly fused; nothing jumps out above the rest, as though every element is jostling for the back, hesitating to poke out hazardously from the delicate surface tension their bonds create. Even the attention-grabbing timbre of a saxophone like that used in “Feat B” manages to stay reasonable and layered amongst its neighbors, its thrust sanded down into a slight purr registering as little more than a tasteful accent to the dozy track.

The EP manages to stay free of demanding leads, and when one does creep up—the sun-dried guitar work on “TV,” for example, or the aforementioned synth on “Camels”—Vondelpark show an excellent ability to shave off, tone down, and shape the errant pieces to fit into the subdued tones of the track’s other elements without dimming their ultimate appeal. Which again sounds un-dramatic, but differently: nyc stuff and nyc bags glides across the palate without calling attention to itself, quietly transpiring a heavy, specific mood within the listener. It quivers with creative energy but is devoid of any serious activity; is vibrant and tasteful but languid and hushed. Hammock-lovers, welcome home.