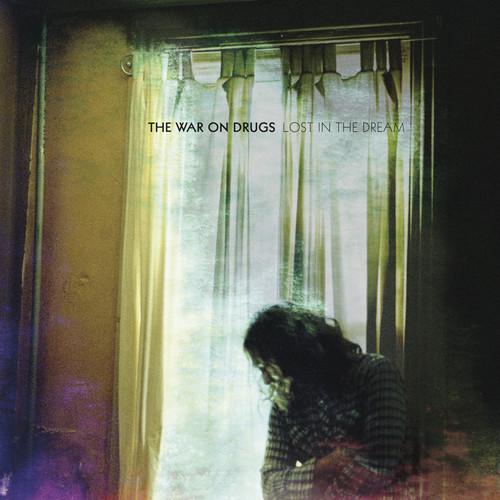 The War on Drugs: Lost in the Dream 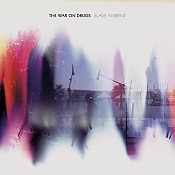 Kurt Vile leaving the War on Drugs wasn’t only one of the most amicable splits in indie rock history, it was probably among the least noteworthy as well. Besides Vile and War nn Drugs frontman Adam Granduciel being longtime friends, their working relationship remains largely oriented around backing each other’s pursuits on the tour circuit. Recently Granduciel has been playing in Vile’s live band, perhaps as a way of returning the favor of Vile’s contributions toward his band’s early successes. If that back-scratching rapport reads as particularly dull amid the more scandalous beefs nowadays, at least it illustrates the two songwriters’ catalogs as separate planets sharing the same inspired atmosphere.

Nothing thrived on that utopian partnership better than Wagonwheel Blues (2008), a full-length that primed Vile for a successful solo career and greased the subsequent tendency for journalists to ponder fictitious futures of the War on Drugs “post-Vile.” Please. As if Granduciel being the brainchild behind that excellent debut wasn’t enough, let Slave Ambient put to rest the notion that Kurt Vile’s ghost is in some way haunting the War on Drugs.

If my fingers felt irresponsible enough to spin such reactionary insights on the spur of the moment, I’d say quite the opposite: that the War on Drugs might someday haunt Kurt Vile. The opening couplet alone, “Best Night” and a re-imagined take on Future Weather track “Brothers,” fills the same all-encompassing production championed on Smoke Ring for My Halo with full-blooded arrangements. Both tracks belie the highway-weary delivery of Granduciel by dealing in saturated melodies and relentless rhythms that would swagger had the band felt like aiming for radio airplay. But it’s the extended jam on the first track, delving into a chasm of echoed acoustics, twinkling ivories, and a mournful horn in the background that marginalizes Vile’s mirror-on-couch introspection, proving the band’s readiness to go abyss-diving without forgetting the pop hooks at the root of all this delicately entwined instrumentation.

With the relaxed harmonica and piano groove of “I Was There” in close pursuit, one requires patience and a clear head to identify key tracks when the whole of Slave Ambient sounds so damned harmonious. And I say that as someone who still firmly believes that the War on Drugs had perfectly honed their sonic dichotomy on Wagonwheel Blues, which felt so tumultuous on account of its classic rock signatures either soaring on their own merits or swallowed in a tide of riotous soundscapes. The peak and break of those waves—over tracks like “There Is No Urgency” and “Show Me the Coast”—became part of the album’s dramatic narrative, whereas on Slave Ambient a sense of polished euphoria permeates everything. Many of the sophomore LP’s best moments can be partially accredited to such thick production, which gradually intensifies over “Come to the City”’s stomping beat and lilts blissfully behind “It’s Your Destiny”’s guitar snarl. Still, a step back from the mixing board only heightens the natural beauty of closing track “Blackwater” and reminds us how potent Granduciel and co.’s songwriting can feel in its near naked state.

In a time when bands like the Antlers and the Horrors remain all the rage, I’m glad the War on Drugs have tossed a psychedelic curveball like Slave Ambient into the punchbowl. It represents both a natural progression for the band as well as proof that Kurt Vile was, in the War on Drugs’ realm, a talented but replaceable guitarist. And although these judgments point toward Slave Ambient being among the top records the summer of 2011 has to offer, the record’s off-axis dichotomy, now favoring studio-assembled mellowness, steals enough of the bite and traction from these songs to keep it merely a contender. The War on Drugs have always seemed the type of band that would endure the frivolous trends of our current indie climate but here they’ve found themselves nearing its epicenter. Let’s hope the band knows to pull back from their swarming effects before these earnest rock songs slip into feather-light ear candy.