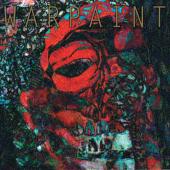 Consider, for example, Warpaint: the perfect storm of an indie rock band. Warpaint is Chillwave rendered Actual via the performance of actual instruments, rendered Credible via the presence of an actual rhythm section, full of big austere drums interwoven with deeply locked-in bass lines, and rendered Sexy via the music’s performance by real life, actually sexy, adult humans. Did this band pop fully formed from the HRO comments section? Did Hype Machine, like, will them into being? Would I even know about them if Boogz didn’t exist?

Of course, 70% of the reviews of this record will focus on who the band members are and what they look like—which is obviously tired, sexist bullshit, which is of course what the other 30% of the reviews will focus on. People will compare them to the Bangles for no discernible reason; there will be Stevie Nicks references, also musicologically unsound. Which means I’m damned if I do and damned if I don’t. And so I just have to note at risk of losing my critic’s license that Shannyn Sossamon used to play kazoo in the band or something. Insert Natalie Portman joke. Or whatever.

And anyway, what the cool The Fool reminds me of, even moreso than heterosexuality, is Interpol—by which I mean early Interpol, dark, deceptively catchy, and (again) full of dives into great cavernous rhythmic bliss. No Joy Division reference; okay, maybe one Joy Division reference: like Saint Curtis’s legacy dictates, this is dispassionate, brooding, distortion-free, and (again) austere music. I mean, look at that tracklisting! Look at all those one-word titles! “Shadows” is a) called “Shadows,” b) autobiographical, as in “I feel like a shadow,” and c) owner of at least four parts that might be called bridges, each tumbling via staccato snare claps into the next and lilting into the echo-laden melody until they dissolve into an acoustic shuffle and start all over again, bridge upon bridge, like a winter stumble through a strangely vacant, lamp-lit Amsterdam.

And so yes, it is cosmopolitan stuff, its sexiness an entirely stately thing that is built into the very DNA of the music. If it is sexy, it does not give a fuck, in other words. “Undertow,” the Cobain-nodding single, is also quiet, boiling over at once with a drawn cymbal crash and building momentum mostly through countermelody upon murmered countermelody, until at last, in the final of its six minutes, a great trilling melancholy crescendo crashes over the track in what could probably be described correctly as “a torrent of murmurs.” It’s this restraint that makes the band often sound bigger than a three- (sometimes four-)piece. Things are not added because they sound “neat.” They’re building songs, instrument by instrument, which is a lot rarer than we’d like to admit. It is why Grizzly Bear stands out from other bands, for example.

Have I mentioned the rhythm section? I’ll make another (probably uncool) comparison, to early Police, when Sting was fucking cool with his bass guitar, leading the songs along with a light touch and adding guitars as trebly shots, almost punctuational in effect. In The Fool‘s back half—it’s nine songs, total—Warpaint fuck with the formula a little: “Composure” might qualify as experimental, jerking to life and then melting apart, and “Baby” recalls something like Stevie Nicks at a moment of sincerity or Okkervil River at a moment of classicism. (Note that that Stevie Nicks reference was warranted.) Thereafter shit snaps back in place: two more perfectly composed and overwhelmingly likable Warpaint songs. Which, I guess we’ve now learned, is something to be excited about.