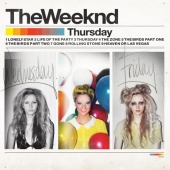 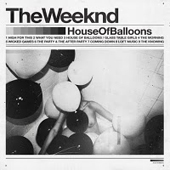 Oh good. He did it. He balked, we balked, he balked again—so much balking—and finally, as if ordained, as if passed through ranks, filters, and (un)focus groups care of the weird bureaucracy that is the rest of the world’s relationship with Canada—just when we were feeling safe with our doubt, it was released. He released it right as we were getting used to the rhythm and even strokes of him not releasing it, and then when we weren’t looking—he drops it. In our stockings. Right before Christmas, no doubt. Literally: no doubt. The Weeknd have always operated in a failure-less vacuum, and Echoes of Silence was a triumph before anyone but Tesfaye’d even heard it.

After all, it’s Tesfaye who weeps, “Nobody feels the way that I do when I’m alone.” He’s right, obviously; I’d be right too, if I said it, and you, reader and automatic Weeknd fan, you’d be also correct if you said it. Go ahead, say it right now. Feels good eh? Of course it does. We rally around this phrase like it means something, because if we didn’t we’d be somehow turning our backs on the purring monster of our easiest, dumbest desires.

After the “always” that has been 2011 impatiently watched Abel Tesfaye and his duo of dependable producers, Illangelo and Doc McKinney (the former made by the Weeknd and the latter simply affirmed), burrow effortlessly into the sub-dermal sweet spot of mainstream pop—where pleasure and pain meet, or where “guilty pleasure” is a thing people keep sliding out of the sheathe of popular unquestionables to defend themselves—what I originally called out in my early embrace of House of Balloons is now true of everything the Weeknd does: RIYL sound. I’ve heard Tesfaye’s previous mixtapes, Balloons and the fine whine of Thursday, lumped into different genre camps, a convenient critical move which low-fives racism under table of mass acclaim as it ignores the careful, consistent motif Tesfaye’s helmed throughout three very strong releases, so I prefer to take the Weeknd as a whole, an unsurprisingly easy feat considering how much reliably fantastic stuff they’ve given us in such a short time. His is music undeniably graceful in its plying of the absolute juiciest of tropes only cynics can deny; his is R&B and space-pop and hip-hop and house and folk and everything you cherish about music, but squeezed through the impregnable camel-hole of Tesfaye’s graceless self-absorption.

So whatever it ends up annally being, Echoes of Silence feels like a fit conclusion to 2011, to a time when I first heard House of Balloons or even Clams Casino’s Instrumental Mixtape and thought, I wish all music sounded like this, and then in the end the two made something together called “The Fall” and it sounds like autumn. Grim and luxurious, Echoes is just that: an imprint of an imprint, but grander than any original, just pieces of an all-too-recent past pillaged for ambition.

This is Illangelo’s record, after all; “The Fall” and “Montreal” sweat, swell, and heave with a doughy imagination both willing to take risks and unable to tip a typical listener’s tolerance too far. The drums all over this thing are sharp and insistent, martial but never without a lacy mystique. Notions and shadows of Balloons and Thursday hunker in corners; Illangelo grafts them under the album’s deathly serious pall, from shards of Drake’s welcome rap on August’s “The Zone,” to steel drum stabs probably tessellated from that Thursday faux-raggae closer, “Heaven or Las Vegas.” “Initiation” in itself pries the best out of the producer, summarizing Tesfaye the storyteller through all squeamish things lysergic and pitch-shifted, but clamping dude down between a rock and a hard place; Tesfaye describes a night with a woman he knew before the Weeknd started “poppin’,” yet she doesn’t remember him, even though she clambers for his attention, so him and his house of “boys” put her body through some horrific party Hell. Like a trope of a trope, the Weeknd peddle in post-post-Drake-isms (which’re pretty much post-Weezy-isms), trotting out such wonderful phrases as “pussy poppin’” and “I’m young so I’m bad with money”—or mostly just trying to wring pity out of laundry lists of high-rise condo excess—but wreathing them in such plangent, pregnant arrangements one can’t help but empathize with a person and a situation any sane observer would find otherwise ridiculous. Let alone boring.

Which is the line Tesfaye’s toeing. Echoes of Silence is built like a concept album, “D.D.”—totally predictable but no less worthy of your leaping out of the chair, fist raised to the heaven’s when you realize what he’s doing—the strange origin story setting the pace for the mishaps and debauchery to come. “D.D.” will never not be one of Jacko’s best songs, but here Tesfaye props it at the beginning with a slimy passiveness. All that infidelity? That’s dirty Diana’s fault, baby, I was just trying to get home to you all along. What was previously held in the bedrock lyric “Don’t make me make you fall in love with a nigga like me” (“The Birds” pt. 1 and 2) is here almost wholly plopped in the poor girl’s lap. It illustrates what’s so gross about Tesfaye’s lyrical focus lately, how close he gets to just scrapping all the moral ambiguity of House of Balloons and grinning out a pretty-sounding “She had it coming.” This world he’s erected around himself, this world Calum described with anthropological fervor, is now reduced to a series of events Tesfaye takes absolutely no responsibility for, from the psychological and hallucinogenic torture of a house guest (“XO / The Host”; “Initiation”) to the absolute hypocrisy that is his every waking moment (“Echoes of Silence”), to finding a salient reason to quote Gainsbourg besides blanket French-ness (“Montreal”)

It’s a bland and disappointing tone for him to settle into, not so long after he screamed “glass table girls” with such head-splitting pain, his accounts of long nights now simply tired and angry. Which makes sense, finding him here, perhaps even at his rock-bottom (from “The Fall”: “I’ve felt the ground before”), but as the denouement and conclusion to a trilogy, Echoes of Silence offers us nothing new, nothing worth particularly picking apart, nothing resolved. Not that we needed anything different out of the guy; not that we needed anything less, or even anything more. But the ubiquity of the Weeknd has saturated their latest mixtape, and ultimately Echoes of Silence struggles under that ubiquity. What’s next for Tesfaye will either be more of the same, to diminishing returns and a depleting vocabulary of cocktail euphemisms, or a glorious expansion of the terrain (the penthouses, the bathroom stalls, the clubs’ dark corners, the blinking-light-rimmed stage) the Weeknd have already filled to capacity. Anything’s possible; Tesfaye’s proven us wrong before—so much balking—and has the most dependable, exciting slough of music in 2011 under his belt (which he’s probably had to add holes to; you can’t do what he does and not come out flabby), ready to whip out once we content ourselves again with doubt. But 2012? What’s next from Tesfaye almost doesn’t even matter; we’ll only want it ‘cuz it’s next.