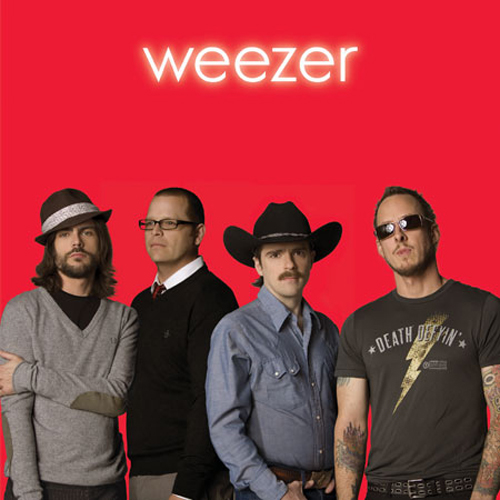 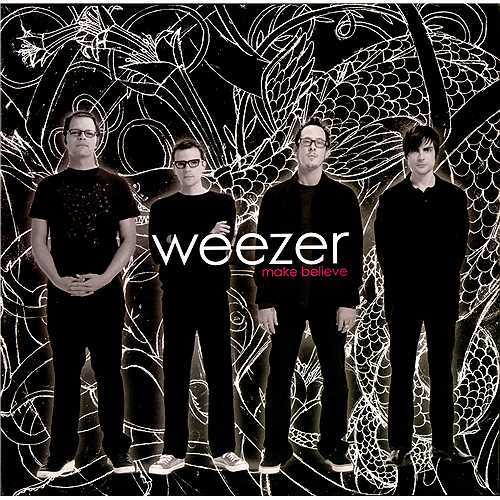 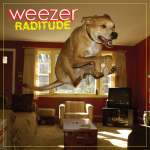 Raditude is Weezer’s Answer to Cancer; it’s their big essay on Religion. It is a History of God where the Original Sin is Weezer (2001), and like a true carrier of sin, Rivers Cuomo has chosen to pass this venereal disease he calls music down generations, and through his outfits, into Snuggies and out of wedlock into a final incest: a cataclysmic disdain of good-taste that got topped off with last year’s Weezer (2008).

Back then Clay and I thought it was the end. Customarily or not, Rivers had given four songwriting credits for the first time to people who were not Rivers. He was dressed in a gay cowboy hat. As if finally learning how to breathe, he decided to say “cunt.” We thought this was the end of Weezer, which in a way was true. What we didn’t barter on was that it was going to be the beginning of: Weezer. Raditude is a one-stop information system kitted out to give you a track-by-track pitch on why not to listen to this band…again. If almost everyone hates his/her job, it sounds like Cuomo actually sort of likes it; he only hates himself and his fans. He doesn’t just hate Weezer, he hates Rock and Roll in toto! But he loves Jacknife Lee.

Raditude is about as relevant to good music as a Lithuanian McDonalds is relevant to fine cuisine. There are no songs, let alone good ones. There are sound effects and guitar patches. Instead of struggling with the bitter truths about being a bespectacled balding loser in a paper rock band (i.e. Pinkerton: The Sequel!), Rivers Cuomo in continuing with his project to say “cunt.” There is a song here called “Love Is the Answer” that is so bad, so poorly written, and so devoid of good-taste as to makes its four minutes of Rivers Cuomo calling upon his “brothers and sisters,” set to sitar music, basically unlistenable. Who makes frickin’ sitar music unlistenable?! Rivers Cuomo does. What is Raditude if not the truly unlistenable album, the album that is apparently in every untalented music hack’s reach, but then again, isn’t: people have taste, they avoid the fatwa. But here is Rivers with his budget, with Jermaine Dupri and Dr. Luke and Jackknife Lee and Polow Da Don. I don’t think he needed them all; I think he had it in him, regardless, to do this. But it’s here, anyhow, fifteen years and seven records down the line: an unlistenable shitfeast, sustained 33 minutes. On the dot.

Raditude is a bottomless pit, with a bottom. Its bottom is situated perhaps in inverse proportion to how long, or how deep, your love for this band did run. Many fans will be dead many times over before they reach the tomb. For the degenerate, there is everything else: Lil Wayne somnambulating a verse in “Can’t Stop Partying”; a Pat Wilson original (“In the Mall”); and in its final track (“I Don’t Want to Let You Go”) what sounds like Rivers joshing around his Casio presets as he intones like a dead man, “I will be your slave to you until the bitter end.” This shit is worse than Iggy Pop getting old.

Man, I wanted this band to go places in middle-age. Now will someone just give Rivers Cuomo an umbrella, and then impale him with it when he’s not looking? Raditude is thoroughly extraneous. It is Weezer’s worst album. It is a misery of some of my favourite ingredients: big chunky guitar chords, bass-end heft, a whiny dude in glasses with a penchant for self-deprecation and Japanese girls! In the hands of this man, it all becomes an unorganised vocabulary: nothing works, nothing wants to work well. It is not a half-assed record, it is a record with no ass, the solemn unhappy pursuit of cheap toilet paper at a deathly hyperfluoresced hour. I hope you never get to hear what that sounds like.