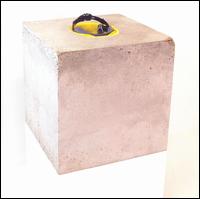 This probably isn’t the first time that Brett Favre has made me look like a dick. I can’t recall the other times specifically, but I’m sure I’ve hated on him at some other point in my life only to be rebuffed by his Everyman transcendence. I probably said something like, “this game’s over, Green Bay sucks” last year right before he launched that bomb with his heels touching his own end line on the first play from scrimmage in overtime on Monday Night Football. Fuckin’ Brett Favre.

I mean, literally the day after I make an off handed reference to his retirement in my track review of “Sooner Late Than Never,” this motherfucker up and unretires. That review was embarrassingly obsolete before the digital ink dried. So it was with some measure of satisfaction that I heard yesterday he’s being traded to the Jets, which makes my remark remains valid in spirit if not accurate to the exact letter.

Here’s what else remains correct about my analysis in that piece: everything. It is a great, simple little cut from a pretty great, simple little album. I’m not sure that Michael Seinkowski has all the chutzpah of Favre’s humble, rural, Wrangler-jean-sellin’ juggernaut, he does seem to have dipped his goblet in that sea of effortless talent that has characterized much of the football icon’s career.

Seinkowski sings, tickles the ivory, and man’s the drum kit himself, but he truly excels as a composer. It’s the bells, cello swells, and nervy violin ending that raise “I’m a Disgrace” above the level of a mopey confessional. And it’s the careful instrumental extras like this throughout Sooner Late Than Never that belie the initial simplicity of the songwriting. On first listen this may sound like some shit you’ve heard a million times before, but Sooner is much too thoughtfully assembled to be a glorified covers album.

Even where the veneer of originality wears a touch thin, as on the obvious Meet the Beatles! era rip “Call That Girl,” Sooner stays a good record for the same reason that it’s a good record on more independent tracks, which is, simply put, because it sounds good. Seinkowski and his cobbled collective (other than the instruments manned by Seinkowski himself, virtually every other “member” of Whatfor is on loan from another Madison band) use the structure and solidity of readily familiar influences to their advantage. The wide—hell, near universal—and fertile pop confection territory settled by your early Beatles, your Kinks, and your Zombies serves as a springboard from which Seinkowski projects his, well, I’d favor the word “interpretations” over the word “inventions.” That is to say, this is a springboard which doesn’t encourage or allow any given artist to spring very far.

Where Whatfor does branch out they do it with a shrug and a four-count. Sooner gives the impression that Seinkowski is the kind of student of music who can roll the twelve-sided dice of his influences and write dead center into whatever band comes up. “I’m a Disgrace” actually does sound like a b-side from The Bends (1995). The verses of “I’m Not Foolin’ Around” sound like good, understated early ’90s alt-rock, but when it would normally be time for the coiled-spring, Alice In Chains, cat-piss-spraying chorus, we get instead a delicate bell constellation and “ooooh, aaaaah” harmonics. Every song has clear antecedents, but every one is tweaked, personalized just enough not to upset the original, accepted balance.

So no, Seinkowski’s not inverting any paradigms, alright? He’s not turning his influences on their head or whatever the fuck else passes for revolutionary these days. It ain’t broke, he’s not fixing it. What he’s doing is playing music you recognize, and he’s kicking no small amount of ass at it. He’s sticking to basics. He’s standing in the pocket and throwing strikes, Brett Favre style, and when Brett throws a touchdown pass nobody ever asks him why it looked just like on Joe Montana threw in ’89. Well, actually, Jets fans might. New Yorkers are fucking ridiculous.