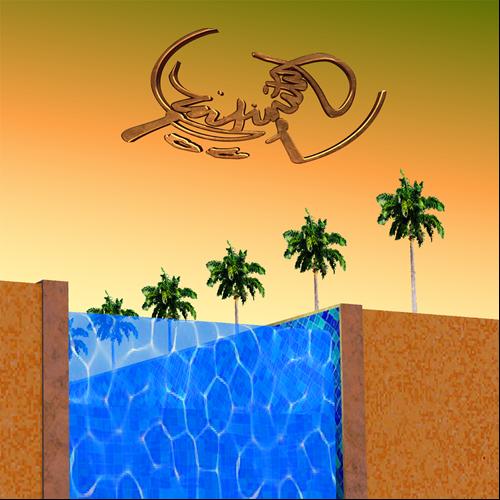 Somewhere between self-conscious anti-pop and hedonist Eurotrash lies When Saints Go Machine—a band not content to write straight and catchy club songs, yet so good with hooks that you often wish it would. As an improbable first single behind Infinity Pool, the group’s follow-up to its winning debut Konkylie (2011), it paired up with Killer Mike and released the rattling trap dirge “Love and Respect,” which does nothing for the band but confound its intentions. The rest of this album has a similar frustration to its patchwork sprawl: it’s ambitious for ambition’s sake, alternately too spare and too noisy, never so momentous as to gel into a suitable vehicle for lead singer Nikolaj Vonsild’s beautiful, androgynous falsetto. Even after dozens of listens, wanting the record’s melodies and movements to show their purpose at last, Infinity Pool reveals itself as the sound of the band’s weapons—the cerebral songcraft and intrigue that worked so well on Konkylie —becoming its weaknesses.

Much of the album works at either of two speeds: in pulsating and aggressive electric chops or in slow, washy soundscapes. Vonsild warbles over it all, very much unconcerned with finding workable hooks or even patterns. Take a track like “System of Infinite Love”: a promising start as twinkly ‘80s revivalism collapses into a worming buzz saw riff and eventually drifts into ninety seconds of mushy massage music. It’s certainly interesting that the band navigates from new wave to new age in the space of one song, but the outro nevertheless feels tacked-on, almost thoughtlessly—a curious strategy that dominates this record. “Infinity Killer” has a furious third section, but it takes three minutes of ambient boredom to get there; “Degeneration” has a paranoid, skittering bass line that Radiohead would be proud to call its own, yet it dies halfway through. Quiet-to-loud is often the stuff of dramatic and captivating electropop, but When Saints Go Machine proves unable here to wield those dynamics to its advantage.

It’s not so much that there’s nothing on Infinity Pool like “Kelly”—the near-hit from Konkylie that showcased When Saints Go Machine at its most radio-ready—but more frustrating just how reactionary the band seems in its effort to escape the very logic of that shinier sound. Where Vonsild sang of fragile and innocent love in the past, he sings on Infinity Pool of doom and destruction: “I’m dead,” goes a lyric in “Yard Heads,” “Dead happy.” “Mannequin” and “Mental Shopping Spree,” each well-structured as songs, nevertheless depend on overworked and obtuse metaphors. It can all be exhausting, and Vonsild makes up little ground in sounding as listless as he does.

When Infinity Pool has its moments, it serves to remind that When Saints Go Machine, if focused and compact, can perplex and intrigue in right ways as well. “Iodine” has a bumbling jungle beat behind a sweeping chorus, and an echoing string line fit for spy movie credits. “Slave to the Take in Your Heaven” is a purposeful dumping ground for all the gorgeous harmonies the rest of the album eschews—it comprises a chanted chorus, spoken word, even an opening hymnal section. It’s worrying, however, that “Slave,” a multi-part ballad with so many moving parts, might encourage the exact noise collaging and middling experimentalism that fails so often on the record elsewhere.

What comes next for When Saints Go Machine is a question of just how smart it wants to sound in a genre that more often encourages what’s easy, immediate, and fun. Infinity Pool is indeed a hard listen, nothing like the consummate pleasure that its title suggests. The record attempts to fuse dance music and complexity, but doesn’t quite reconcile the two; instead, its mindless thrills butt up against impenetrable baths of sound. One hopes that the band, as talented and unique as it is, can better strike a balance between pop and art on future records. On Infinity Pool, it’s merely built a divide.