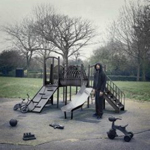 I was honestly excited about grime. The U.K. hip hop scene has constantly struggled with its own identity: like an awkward little brother affecting moves from an older sibling, there has always been a fear that the U.K. would never develop a voice that was distinctly British. Too often we were presented with a tethered choice between ill-fitting regional accents conforming to the American playbook or a descent into full blown appropriation, whether it clung to the U.S. or Jamaica. Sure, there were promising murmurs from Aspects, Roots Manuva and Brotherhood (among others), all presenting a striking British sensibility, but no one really grabbed the nation by the throat. Then one foul night, Ragga and Hip Hop tossed Two Step down a rusted flight of stairs, face first into an evil electrode splash and Grime crawled, stinking, out of the broken wreckage.

Grime immediately seemed like something else. Powered by banal irritant cultural refuse like ring tones and Playstation's Music 2000, it built itself on tools for the masses; anyone could Triangle, Triangle, Square, Circle out a rhythm track without having to score any serious studio connections. The technological restrictions actually worked towards reflecting the red raw concrete graze of council estate Britain; tracks came set on the urban greeting of pierce n thump, the fast paced lyrical delivery of Jamaica, hooded with an old skool derived bark and whine that was England in all its wet, carving knife, fetid amber-lit estate glory. It felt like a bubbling, shit-spewing heave: a response. The bricks and bottles of the Bradford riots, the fucking sense of injustice we felt every time we saw that photograph of Stephen Lawrence standing unassumingly in his living room followed by footage of his attackers smugly bounding out of court, the looming, blunt tower block headstones, slowly skeletal in situ, all feeding into its nihilistic emotional revulsion. It undoubtedly had its precedents and pulled influence from other genres, but its heart was its own and we felt its hands were all over the barricades. England had a new voice.

Unfortunately, the barricades are still standing. Maybe it was just too tribal for mass consumption; it's possible that its effects will be felt further down the line in the same way that punk continues to phlegm on mainstream culture (despite being nothing but a haircut and a worn out, empty stance). This is all a little defeatist, I know, but like I said I expected more, a cultural shift when what we actually got was a soundtrack to cover some squealing tabloid stabbings. We've already seen the inside of Dizzee's new batting cage and it's a real backbreaker, busting out with sly grins and elbows to the face in equal measure (seriously though, that Lily Allen thing just makes my teeth ache, are they gonna dress up like Smurfs for the video or something?), so what can we expect from old man grime himself on Playtime Is Over?

Wiley was right there at the birth, dropping "Eskimo" like a cracked Alka Seltzer into two step's Cristal, a track which subsequently helped to solidify what he calls the "Eski Beat" (i.e. grime) sound. If Dizzee's fluorescent brain freeze of an LP cover for Maths + English sent you reeling then you might find Wiley's goth apocalypse playground more appealing. What waits inside is equally divisive, as Wiley is playing this like a grave. Where Dizzee has crafted a record with its eye on inclusive eclectism, Playtime Is Over sounds like a basement prison, heavy hearted and at times plain fucked off. Wiley's rat-a-tat-tat rhyme style is still in evidence, riddling the beat with a rhythmical pang, even though his proclivity for darting in and punching holes in the beat sometimes works against the grain as he winds up chasing around the spine of a song looking for a way in.

"My Mistakes" attempts to knit a sparse beat with a symphonic string sample; for the most part it hangs together, but sporadically elements feel offset like the moorings are straining. Bringing the dark dread fog on "Johnny Was a Bad Boy," Wiley manages to unearth the spectre of Gravediggaz in their ookey spooky prime, dropping the aggression and rolling out the gunshot thunderclaps; it feels like gained ground, Wiley solidifying his style without need for overt showmanship. The thing that strikes most about Playtime Is Over is that there's minimal grandstanding, the tone resting in a stooped posture for the most part, rhymes being delivered under a ticking second hand, beats joined by a dripping tap, the production heavy with monochrome space, everything underpass black and kerbstone grey. This isn't an album to spell its name out in a thousand 100-watt bulbs, there are no eye bleeding firework displays or gyrating gymnastic dancers; it's fed with the frittering buzz of strip lights and damp stairwells; even the paternal "Baby Girl" is dank, more muted subway train ride than soft bedside nightlight.

It would be churlish to ignore the obvious headline grabber. "Letter 2 Dizzee" floats its fraternal olive branch on a twinkling willow the wisp vapour, Wiley delivering a weary, nostalgic lyric that calls time on their aging beef. It's a heartfelt offer that tries to hold onto a little of that typically grimy puffed chest bravado, but can't hide its heart, a feigned macho male embrace rendered completely transparent; the bad blood isn't black and deep enough to drown all those good times. Without being either mawkish or trite, Wiley develops an aural 8mm film of better days, sounding off like a surly big brother, ruffling hair and play punching his way around an argument; it's a touching gesture that adds much needed light to an album that expends a lot of energy seething like static.

I wanted to compare Playtime Is Over to Maths + English, pick a victor, crown a champion. But when both records are placed side by side comparisons become redundant; these are albums that claim the same banner, but fall into separate camps. While Dizzee has stretched out and expanded his style and sphere of influence, Wiley has narrowed in scope in order to sharpen his focus, perfectly encapsulating a particular point of light (or more accurately, shadow). If Grime is ever to fulfil its potential it needs artists who are willing to accept this degree of discipline, to discover their own particular cutting point and do all they can to pressure that spot until it bleeds. With Playtime Is Over Wiley is finally living up to his reputation by achieving consistency without becoming mediocre; delivering a steady, honed set that's sharp enough to split flesh from bone.