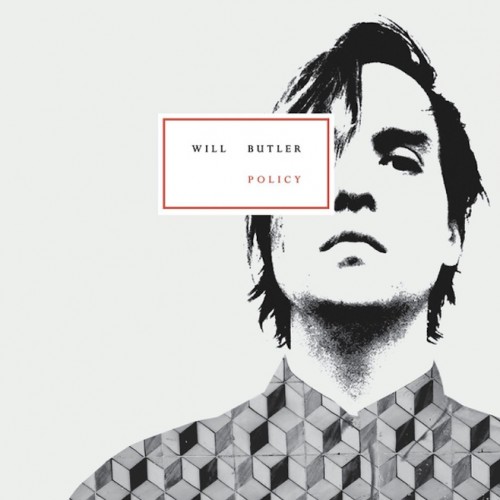 Nepotism’s a helluva drug. Remember Pete Reed, brother of Lou, and his classic atonal synth record, Plastic Machine Music, Sort Of? Or those first 7-inches by Siouxsie’s sister, Meghan Sioux? And who could forget the band formed by Julian Casablancas’s and Fab Moretti’s slightly less handsome cousins, the Other Strokes? All snapped up by labels and PR firms on the coattails of their more famous relatives, and all sadly lost to history. If your memories of these cult classics are lost in a psychedelic haze of names dropped and backs patted, you likely overdosed on nepotism in college, leaving your brain pockmarked and ravaged by America’s most potent—and most oft-abused—substance. Try a state school next time. Take care of yourself.

The polite thing to do when reviewing Will Butler’s solo debut would be to mention his older brother, Win, only in passing. Yes, Win Butler fronts Arcade Fire, the world’s most popular anthropomorphic Portlandia sketch, and yes, Will plays in that band, too. But critics are nothing if not well-mannered these days—everyone’s work is great and worthy of a retweet—and it would be rude to judge Will’s work within the tall, gee-doesn’t-he-play-basketball shadow of Win. He’s an autonomous artist, clearly worthy of attention on his own terms, a sentiment supported by that Merge record deal and an incredible wave of pre-release press on prominent publications.

But then you, in all your earnest objectivity and informed critical distance, listen to the first song on Will Butler’s Policy. It’s called “Take My Side,” and your stomach sinks. “Maybe it’s a statement,” you say to yourself, “and Will Butler, by writing a Hives song and stitching it together with a Vines song, and somehow ending up with something less interesting than the Vines, is making a clever point about the dearth of creativity in early ‘00s leather-jacket-rock. Wow, this guy!”

You are being very kind.

Then “Anna,” with its chintzy synths and “ba-bum-bum”‘s, wipes Policy’s sonic palate clean, replacing tinned scuzz with a 100 Calorie Pack snack of LCD Soundsystem and Reflektor (2013) flavors. “All right,” you think, “it’s not my place to psychoanalyze why the younger Butler wants to ape not only his older bro’s newest record but also the producer who made it shine.” And you definitely don’t need to point out that Will’s lyrics—“What’s gonna be the price we pay / For the money, money, money, money?”—make even Win look like Bob Dylan. (The Dylan hawking for Victoria’s Secret and Chrysler, but still.) Again, the comparison is too easy, too cheap. It’d be lazy, and Will Butler’s marketing team doesn’t expect you to just swallow his music whole based purely on his famous brother’s cultural currency and the money being spent to push the sibling’s flaccid project into his limelight. This isn’t the music business, man. This is indie rock. You, the critic, keep the cynical suits at bay with the power of Taste.

It’s just that the brother of the dude who wrote Neon Bible (2007) has a track on his record called “Son of God” that features a chorus of men and women belting “whoa-oh”‘s in the chorus over strummed acoustic guitar. And the ponderous disco pastiche of “Something’s Coming” begs for retailoring on Win and Regine’s white sparkle suits to fit Will’s upcoming tour. And you’re trying really hard to do your job well here, but “Witness” is all staccato piano and female background cooing and handclaps and horrific couplets like “Look me in the eyes / ‘cause you’ve been tellin’ lies,” and you’ve heard fucking “Rebellion (Lies)” too, y’know, and how is it possible for such a transparent cash grab like the Will Butler project to so flagrantly steal the ideas from the older sibling whose success is the only reason this album exists for you to buy?

You take a breath. You walk around the block. You listen to the jackhammers gnawing on the concrete outside to remind you again that all sounds don’t have to be flattened into a banal pop-rock sheen as toothless as the mouths in geriatric retirement community. You understand Will Butler himself can’t be so cynical. He must believe in his own music as much as the next artist, and good for him. It’s the people who convinced him he’s ready to thrust this album upon the world, that his songs are more than half-baked, that his talent as it exists now justifies Policy’s existence on its own merit with no press release narrative required—these are the people worthy of your contempt. They’re taking Will Butler for a ride. The good news is, you can still tell them you’ll find your own way just fine.