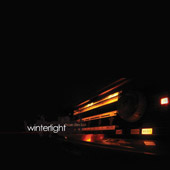 For people who thought shoegaze was just too damn guitar-y, Londoner Tim Ingham attempts the same sound on synthesizers, and largely gets away with it. “But surely this has already been done by loads of unsigned nerds who think they’re being atmospheric,” you cry, “Plus that more famous one from France, M83.” Very true, and luckily Winterlight’s a lot closer to Anthony Gonzalez than he is to the talents of bedroom geniuses. Like M83, he piles on big, emotional excesses, anchored with a twinge of indie rock conscience which prevent them from fading into the wallpaper. This conscience comes across very easily, and the result is an enveloping strain of electronica: music to design postcards to, and music doubtlessly soon to appear on Youtube cut to slideshows of photogenic sunsets. In a nutshell, Winterlight is shoegaze transported to its highest possible peak, where the frontman’s so passionate and deprived of oxygen he can’t even chock out a power chord, and so instead just stands there, zoned, blasting out happiness on his Esonic ESQ-1.

Of course, whether or not you’re party to that happiness depends on your appetite for mist, dreamy beats and mildly understated snare work. If that’s not your cup of tea then run for the hills, because there’s seventy-one minutes of this shit to get through. Possibly the selling point of Hope Dies Last is that it makes those seventy minutes pass swiftly: what potentially could have been a prolonged Orchestral Manoeuvres in the Dark concert with too much smoke and no Andy McCluskey has been polished and expertly crystallised, every nuance in the melody pushed out. n5MD must hire studio engineers who’ve previously worked in pneumatics. On “Awake and Sleeping,” there’s no percussion, just four cycling synth pads ideal for that handover when the world still looks orange. Ingham works in some splinters of electric guitar, and the piece rolls over you like a wave of heroin. If you like heroin, don’t forget to check out “Zvenya”: it’s unexpectedly moving, and if you sync the crescendo to kick in with your central heating, you can slip merrily onto your bed and think about never getting up. The track’s simple three-note sequence just keeps on giving, and even the DJ samples about Soviet rock music don’t risk breaking the spell.

For those not wishing to slide into a 70-minute coma, however, some good news: Hope Dies Last also packs a secret pop agenda, and actually spends a good deal (i.e. almost half) of its time experimenting with more chirpy textures. Perhaps Ingham foresaw the danger of making one solid tranquiliser, and so spiced it up with a little help from labelmate Mike Cadoo, whose beatwork as Dryft has been imported here to perfection. This is first obvious on “Between Joy,” a scampering, snappy potential single, bouncing and punching non-stop. If that wasn’t a sufficient pick-me-up (and it should be, even on a record as expansive as this), there’s further hi-jinx on “Nattvardsgästerna”: another of those upbeat electronica tracks that uses twelve layers to disguise its two-chord melody, and one brimming with an early Ulrich Schnauss vibe, back before he made billions. The pop sounds here are so continental you’ll be waiting for some soft German lyrics to hush in, but overall it’s a pretty timeless piece, despite a couple of feathery drum pads which refuse to think 2004 ever ended.

On balance, don’t dive into Hope Dies Last expecting drum solos and a 41-gun salute. Read the title again. Hope Dies Last. Only one of those words could be considered excitable. However, if you’re happy stretching out to peaceful machines or enjoy the Future Sound of London with their temper amputated, Winterlight’s debut will give you something. The Christmas atmosphere and half-glitch programming will turn a few people off very quickly, but to those who stick around, there’s enough sweat and detail to keep a toe on reality, and convince you you’re entering into paradise (people who enjoy taking E while watching Edward Scissorhands, you’re going to have a picnic). Its length and over-eggedness won’t chime too well with fans of progression, or fans of not having to write the whole afternoon off if you want to listen to one album, but if you want your blanket, or you’re about to try cave-diving and want something soothing in your ears, you should consider Hope Dies Last. Particularly if you’ve recently seen The Descent.