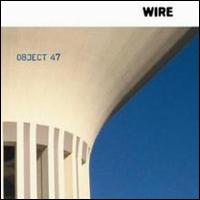 In the right hands, there’s nothing better for a guitar than the sound of a solid-state amplifier. The transistorized amp, seen in the late ’70s and early ’80s as a futuristic, shiny replacement for vacuum tubes, now sounds as antiquated as the Yamaha DX7, a first-generation digital synthesizer. More than that, both solid-state amps and the DX7 produce sounds that the average person would classify as ’80s—by which they mean, “overproduced,” with too many synthesizers thrown in for a modern sound.

But, in the right hands—say, Wire’s hands—solid-state amps and their partners—the sounds of bluntly compressed reverb drums and other obvious digital signal processors—create pure bliss. This should be obvious to anyone who has spent some quality time with Chairs Missing (1978) and especially 154 (1979), Wire’s second and third albums. In contrast to the jutting minimalism of Wire’s debut, Pink Flag (1977), Chairs Missing saw Wire embracing a new set of effects—and even synthesizers!—while moving toward a sound that was less art-punk than artistically-inclined pop-rock. 154 continued in this vein, and did I mention there isn’t a lackluster song on either album? Good news: the same can be said about Wire’s splendid new release, Object 47. But you’d better be prepared for some pop.

Named after its position in their back catalog of releases (in true Wire fashion), 47 possesses a cover photo of monochrome, minimalist architecture, set against a piercingly blue sky. This juxtaposition of bland, basic-yet-sturdy structure against assaulting color fits the sound of 47 to a T. In contrast to the last Wire album, Send (2004), 47 is more expanded and more poppy and catchy than anything the group has done. Many of these songs achieve the catchy-pop-rock-song affability and infectiousness of “Outdoor Miner” from Chairs Missing. Where Send‘s selling point was its compressed claustrophobia and nonstop onslaught, 47 bears a brighter, more epic sound even as the lyrics continue with themes of opposition and artistically and philosophically deconstructed political and social strife. Wire were too infatuated with intelligence and avant garde to ever make such a vulgar declaration as “Anarchy In The UK,” but—as I’m reminded every time another of their new (or old) albums comes and blindsides all my expectations—their music suggests such a willingness to tear down the walls between concrete assumptions about politics and art, shiny and dirty, punk and pop.

None of this philosophizing would do Wire any good if the songs didn’t happen to smash through to listeners in their own way. Opener “One Of Us” appears to be addressing Bruce Gilbert, one of Wire’s founding members, often known to be the most inclined toward noise and experimentation. Over an oddly triumphant and fattened out instrumental, Colin Newman asks “What happened to our plan / the one that we began? / Are you an also-ran? / Finished? Inconsequential?” before the chorus declares “One of us will live to rue the day we met each other.” Like most of Wire’s lyrics, there’s no explicitly identified subject, and none of the band’s press or statements would suggest that Gilbert is necessarily finished with the band, or that there is any ill will between Gilbert and the other members. Then again, Wire is an act for whom actions (and music) tend to speak louder than words, and 47 is the first album not to feature contributions from Gilbert.

“One Of Us” sets up well for the tone of the album, which I could best describe as “triumphantly disoriented.” On “Mekon Headman,” another highlight, Newman demands, “Please reveal / Your whole agenda / Your time is up / (You fuckin’ crumb)”—over a crisp, descending wall-of-sound guitar riff. Elsewhere, on “Patient Flees,” Graham Lewis’ lyrics close out the song in art-punk glory, with a nonchalant recitation of “Resurrection, insurrection, defection, disaffection / Premonition, motivation, inspiration, intoxication.” Over Robert Grey’s metronomic beats (which perfectly complement the songs on 47) and echoing guitar string noises, Wire have reached a primal kind of lyricism that dismisses unnecessary connector-phrases for a series of concepts. “Are You Ready” targets naïve student activists; over an ominously angular series of guitar stabs Newman asks, “Are you part of the future / Part of the plan? / …Are you searching for something / You don’t understand? / Do you still hold ambitions / Of being a man?”

Synthesizers figure heavily on 47, both in the appearance of sweeping pads over a number of songs and in the synthesizer-esque sounds drawn from the guitars, often fed through multiple digital effects, chopped up, or reversed, before being sonically birthed through the aforementioned solid state amps. Of the set here, only “All Fours,” with its scratchy distortion and chanting-lad chorus, sounds like it could have fit in comfortably on Pink Flag, or even Send. Meanwhile, “Hard Currency” plugs along like a glossy trip-hop production with a healthy dose of cynicism and grit. Here, the guitars provide a buzzing bed while a choral-sounding synth robotically repeats a three-note riff. The tension is repeatedly and gloriously cut by Grey’s drums, which consistently threaten to jump between machine-like precision and machine-gun explosions.

Object 47 does an excellent job of making a leap toward the avant-pop side of the pop/punk wire walked by…uh…Wire on Chairs Missing and 154. Whether or not this new sound is a result of Bruce Gilbert’s departure, 47 is best appreciated as a record celebrating the dirty underbelly of shiny digital technology. And it’s got some damn good songs to boot.

:: Correction: As it turns out, “One of Us” isn’t actually about Bruce Gilbert. Colin Newman can explain it best: “The reason why no mention has ever been made by us of the idea that the song “One of Us” is about Bruce Gilbert is that it most emphatically isn’t about him! Sure as hell it’s about at least one person who has pissed us off mightily but “ganging up” on an ex-member is not now and never has been in Wire’s modus operandi.”