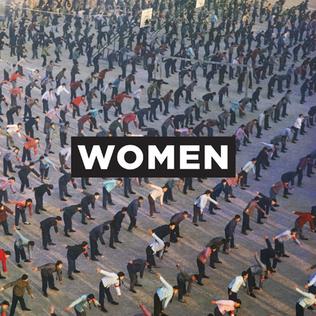 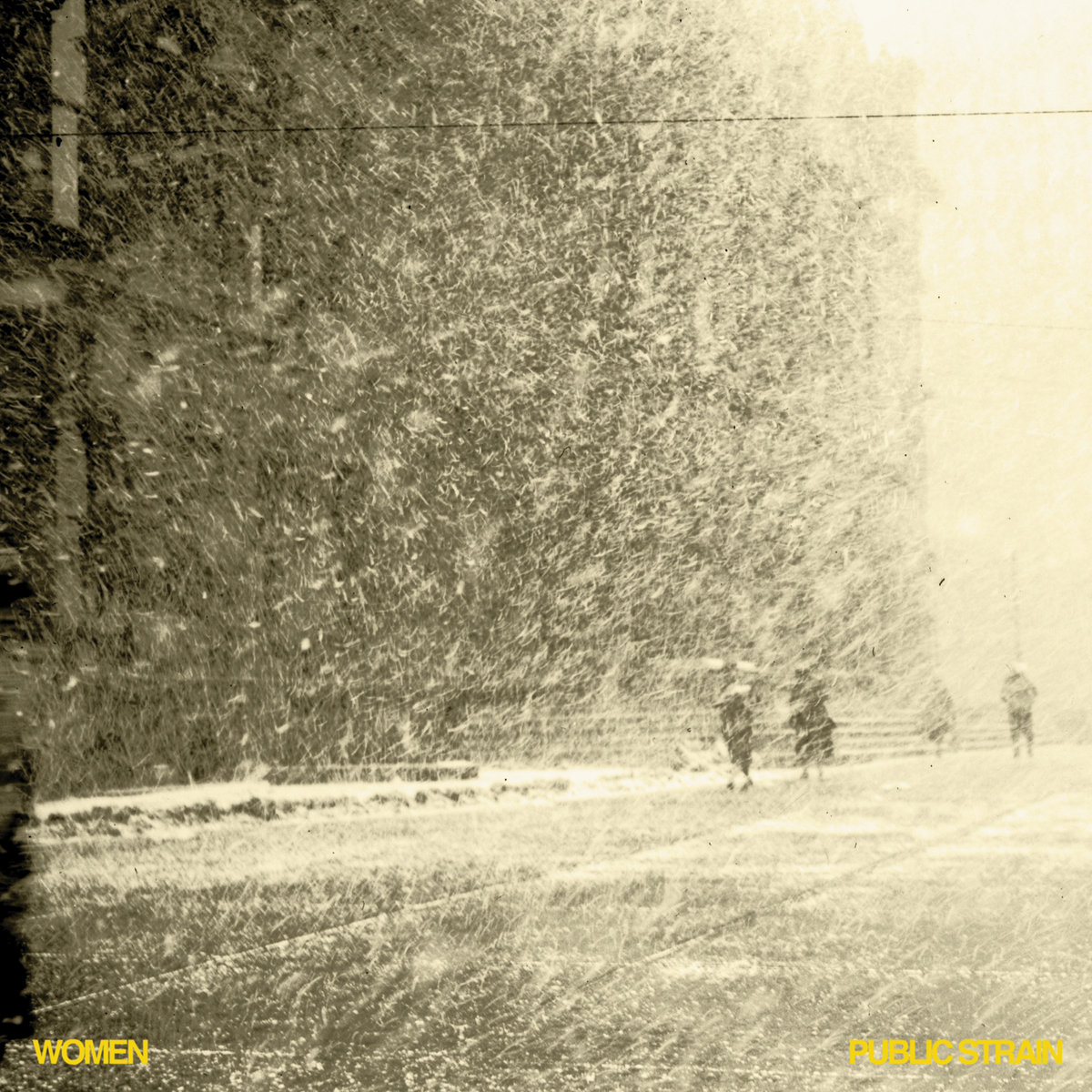 Let’s think about this: indie rock is like thirty years old. And though for a while there it seemed like its appeal was waning, it’s been riding a slow, almost inexplicable resurgence over the past several years to the point that it seems some movies are practically based on indie rock. TVOTR’s Tunde Adebimpe played a role in Rachel Getting Married and at his character’s wedding reception a bunch of Brooklyn hipsters danced to esoteric jams for what felt like half an hour of screen time—it was pretty indie rock of them. The only other genre with this amount of current relevance and ubiquity that’s also as old is hip-hop. From whence does their vitality stem? Hip-hop is hungry and assimilates everything; thus, Kanye West samples Can, makes a song about drunk girls. Indie rock is nebulous; one dares not define it too cleanly as it goes about filtering and mixing all past rock traditions—be they punk, prog, classic, whatever—in an ongoing quest for pseudo-counter-cultural caché. So that could account for some vitality, sure, but what about evolution? While hip-hop hasn’t eclipsed the poetic achievements of Illmatic (1994) or Liquid Swords (1995) it has, at the very least, undergone a massive expansion and diversifying of aesthetic. We’re talking about a genre of music that’s responsible for both OutKast and Drake, Anticon and Cam’Ron, “A Milli” Weezy and “Lollipop” Weezy. On first glance amorphous indie rock may seem even more expansive in its horizons but when you really think about music and artists that have identity, well, there may be as much variety on Doolittle (1989) as there is across the entire contemporary indie rock scene.

Now Black Milk’s imperfectly ambitious Album of the Year just dropped, thirty years of hip-hop later, and it—however unwittingly—is some post-rap rap music. Don’t tell Milk, he’ll look at you funny. But let’s say that AOTY subverts the traditional roles of hip-hop’s two halves, rhymes and beats; its music is never too far off the pocket yet is dynamic, exhaustively expressive, Big Daddy Kane: The Instrumental while Milk’s rapping is little more than sonorous, rhythmic, and, essentially, “on loop.” What Milk does on AOTY is a simple thing, modernity virtually by accident; what Women do—however unwittingly—with Public Strain is not so simple. Milk flips the script on a script that is inherently elegant, almost binary, while Women tackle a sprawl, a mess, a non-genre, the clumsy funnel by which reactionary rock/pop music is channeled into the now.

Post-indie rock indie rock is copies of copies of collages of copies; in the hands of Women, however, it’s not that cut ‘n dry. They work the degradation of the process, blow-up the resulting scuzz to canvas their gallery walls, splay melodies into abstractions into new melodies as they zoom in more and more. These aren’t Brooklyn hipsters dancing, it’s their dancing pixels. The subversion of staid indie rock becomes the subversion of a hundred different things, a hundred different roles, and Public Strain envelops all that, highlights all the contrasts and contradictions that are built into indie rock’s origins but have been lost over time through the genre’s maturation into a broad and often dull establishment, into Death Cab and shirt dresses and well-made music called The Suburbs. With gumption Public Strain breaks through the static of a moving yet flat image in order to bare the quaking microcosmos beneath. Its tracklist is a unified yet eclectic collection; “Bells” is dark ambient and “China Steps” is motorik with Sonic Youth guitars and “Venice Lockjaw” is aching balladry and “Eyesore” is perfection fucking chaos on top the whole indie canon and much of the rest is, at once, Nuggets (1972) and not Nuggets. Women have no use for indie rock as a market, a lifestyle, or even as a genre—it is merely the substance they break apart and unfurl into a letting of noise, of unseemly chords, of momentary transcendence, of their own identity.

An identity like a freshly broken secret, a face like a perpetual series of glimpses from the corner or a mask that’s always being removed but never is removed, not fully. Public Strain is a crucial move in asserting this shadowy identity, as it’s a sophomore effort with the precarious task of following a debut as nebulous as the indie rock cosmos itself. Women (2008) pivoted from the ambient “Woodbine” to hallucinatory “January 8th” to the shimmering static of “Black Rice,” a specimen of pop perfection so rightly beloved and right-clicked that someone out there has probably, at least once, referred to it as a “blog jam.” But Public Strain, in merciful contrast with almost everything else happening in indie rock right now, is an album resolutely unconcerned with the method by which it will probably be consumed. It is an album, and one of the highest order, with swells and lulls and surprises borne of breaks in its patterns. Its points cannot be whittled down into easily gummed morsels: nary a blog jam in sight. In fact, you almost get the sense—from the primeval, amniotic swirl of “Can’t You See” onward—that this album doesn’t so much start and end as it does exist, in an ominous, humming loop, and will continue to, somewhere out there, whether you download it or not. Women do nothing to obscure their music; Public Strain just is obscurity, made vital and fresh and eating up all leases on your headspace should you chance to hear it.

“Can’t You See” is a declaration of tone-setting sprawl, which is sort of weird and even virtuosically paradoxical considering it’s only about three minutes long. But, like, can’t you see? The sprawl here comes not from the surface specs (the duration of the song or even its structure) but something creeping and vertiginous at the depths of it—the play between the corrosive, melodic bits of sunshine and the swirling current of grey through which they occasionally glint. As the track fades into sublimity or dischord (take your pick), the sudden, jerky notes that open “Heat Distraction” once again find Women in the act of doing one of the things they do best: playing spidery, off-kilter riffs that stagger cockeyed through tracks like a boozer on stilts. It’s a trick heard on Women too (“Shaking Hand,” “Lawncare”) but here it’s perhaps even more caustic. The resulting tonal unease reaches a fever pitch on “China Steps,” one of the band’s finest songs and one of this budding decade’s most convincing assertions that there are still cool—violent, even—things left to be done with guitars. While plenty else happens along the way (the razor burn of “Drag Open” and the utterly inhabitable “Penal Colony” are particularly worthy of mention), the whole album seems to be leading up to, er, something. A catharsis. A reveal. An indie rock paragon, sorta.

“Eyesore” is the “B-Boy Bouillabaisse” of Public Strain, not just for the brilliant decision to sequence it last or because of its sheer girth relative to the rest of the album, but because it is actually the sound of a genre doubling over on itself. If the other stops on the way here have been the muddy pixels, “Eyesore” finds Women zooming out ever so slightly, just enough to see that what we’ve got here is an actual, uncannily familiar song. But, of course, there’s something supremely off balance about it all since our eyes are still strained from looking so closely; how fitting that, in sequence, the most accessible track on Public Strain is somehow also its most disorienting. And yet “Eyesore” is the very definition of immediate and irresistible and fuckin’ awesome when the lead guitar line’s loose thread unwinds itself into the coda’s prime riff and the drums go through a couple stages of arousal and the bass makes sure you won’t forget it and Patrick Flegel sings like he actually cares about this one thing that’s he singing about but you can’t make out any more than the rest of his lyrics on the record. It’s like the best response to Surfer Blood ever. It’s like the best response to indie rock ever. It’s what indie rock meant to say in the first place (that is, nothing, but a beautiful nothing). It’s pretty hip-hop, really, the way Women transform post-indie rock indie rock into something inherently elegant, almost binary. That’s right, y’all, wheels within wheels.

But, you might be asking, if Women are so removed from what’s going on within the genre, why invoke the whole “indie rock” thing at all when talking about them? Isn’t it sort of reductive to continue to figure them in that context? The short answer: yes, but who doesn’t like a good reduction? The long: actually, it’s the opposite of reductive (though the thesaurus is offering no clear answer of what that would be). Women, as we’ve said, have no use for indie rock…but indie rock has this desperate if sort of unrealized need for Women (and other bands like them, though that is, at press-time, a pretty disheartening oxymoron). Because what we’ve been talking about here is an indie record, in the simplest, stupidest definition of the term: Public Strain is a record that lives and breathes and actually feels independent of shit. It feels self-contained, wholly its own, and this is what allows it to hold up such a pristine and vast mirror to the scenes that surround it. So maybe there’s something unsettling in talking about this record in the tired, resolutely nonviolent context of indie rock, but that’s precisely why we should. Women flip the bird to malaise and bring forth art as a “public strain,” a forcing out of every last ounce of hope and dread from themselves and their sound so as to express the ineffable. And we all get to share in what they’re wringing outta the present. For the sake of indie rock’s continued vitality, evolution, and survival (let’s make it to sixty, guys!) maybe it’s time we start figuring a band like Women somewhere near the center of that unholy nebula.