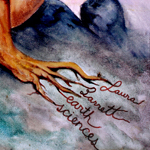 On the surface Woodhands would seem the sort that lend themselves to spastic enthusiasm followed eventually and unavoidably by tired dismissal. After all, they play the sort of spazzy hyphenated disco that Q and Not U exhausted with Power (2004) and controller.controller couldn’t get back off the ground. “Dancer” is a misleadingly goofy lead-off single, stretching the already thin intrigue of dance floor strategies to quote-unquote hilarity (though it’s hard not to find oneself saying “You are a very good dancer / What is your name? / What is your name?”); and dude plays a key-tar.

Except that, at least for the first half of Heart Attack, Woodhands possess what many that enjoy the fervor for their formula lack: some very strong songs. “Dancer” through “Break Up” might encompass the most infectious and inventive ten-plus minutes of music this year. There’s not much in the lyrical department to distinguish them from the lightheartedness of the genre’s best, especially on “Dancer” (which is, um, about dancing) but the drum breaks and exaggerated contrast between coy female and over-aggressive male vocals is a knowing balance of appended decadence and serviceable melody. The band just as knowingly follow silliness with “Can’t See Straight,” about as genuine and feeling a song on offer here, steering them steadfastly back to territory where the listener can reinvest. “Break Up” moves with surprising liquidity through shimmer transfers and yelping crescendos and drum breaks. Together, side one achieves the kind of balance that this sort of limited style too quickly drains.

Because of its weaknesses, the album’s second half speaks to the strength of releasing a top-heavy track list. Dance songs are interdependent, as reliant on their place in a mix as on their individual borders, so one is left to consider that had tracks one through five been interspersed throughout, Heart Attack wouldn’t have such immediate appeal. As it stands, the half-step down from the heights established in an opening salvo make standard pop fare like “Under Attack” sound staid in comparison. “Straighten the Curtain” lets up, almost as an afterthought, before album closer “Sailboats” redeposit double-time hats and a return to the softened vocals of “Dancer.” Tracks six through ten are scrawny by comparison—especially the instrumental “Monsterdinosaur”—but placing them where they are acknowledges Heart Attack‘s weaknesses and goes a long way towards extending its overall listening power.

Time will tell if the strength of Heart Attack‘s first half transcends a formula that sees most bands rarely past a sophomore album, or to at least a necessary reinvention. But it’s hard to argue against the pitiless appeal of the drums on “Break Up” playing on repeat through seams of summer afternoons and invincible bike rides, or the immediacy of “Dancer” and its predictable placement on Summer 2008’s pending mixes. By not hyper-stylizing what is already an over-exuberant blueprint, Woodhands have put themselves in place as one of the more consistently enjoyable bands that ping their presence to saturated fields.