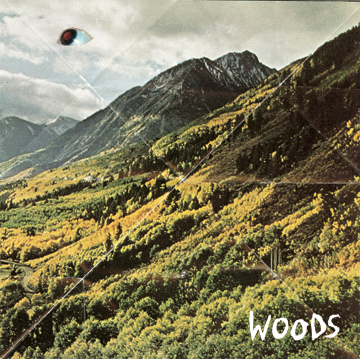 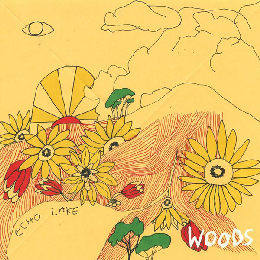 There’s something about how Jeremy Earl’s vocals are mixed in every Woods song that make them sound like they’re encased in a speech bubble that hovers, like a lazy balloon, somewhere just above the rest of the song. Down below, a lot of different influences tussle, but none of them have much difficulty choosing one of two basic sides: nostalgic psychedelia or contemporary lo-fi pop nuggetry. On their previous record, Songs of Shame (2009), Woods had difficulty reconciling these two halves, or even making anything very interesting of their lack of cohesion. Most of the album’s melodies were too simple to be memorable, and its jammier moments went nowhere (see “September With Pete,” a tedious, nine minute instrumental sequenced way too early on the album.) Though the record boasted a few highlights, it seemed to say that the only thing setting Woods apart from their lo-fi-loving contemporaries (many of whom have put out music on Earl’s Woodsist label) was that while most of those bands sound like getting stoned in a cramped, dreamily-lit bedroom, Woods sound like getting stoned outside. At Echo Lake, then, begs the question: have they finally turned their dueling influences into something more cohesive and, you know, interesting?

The opener, “Blood Dries Darker,” asserts: maybe. It manages to sound tighter than most of Songs of Shame, but it still allows room for some healthy riffage to sprout in between the song’s choruses. It seems like a promising step forward in the band’s songwriting: it saunters towards a slow build rather than rushing towards an easy hook. In its wake, the slight but melodic “Pick Up” isn’t particularly disappointing; it feels like a pleasant stop-over on what we hope will be a record full of material that matches the promise of “Blood Dries Darker.” But…it’s not. It’s difficult for me to pinpoint exactly where At Echo Lake loses its steam; “September With Pete” was all too easy a scapegoat on the last record. Here, it’s a gradual sort of deflation, a realization that nothing particularly memorable is going to happen and drag the thing out of the doldrums. There are brief spurts of fun (I like the instrumental stomper “From the Horn” well enough) and marginally catchy hooks (the vaguely spooky “Death Rattles”), but they’re not enough to make the album as a whole particularly intriguing.

Despite my criticisms, I listened to parts of Songs of Shame a good deal; the fleeting moments when all their disparate elements come together, as on its rambunctious-yet-succinct opener “To Clean,” were great. Woods’ problem is that they achieve this harmony so infrequently—most of the time they’re much less than the sum of their parts. They don’t live up to any of their epithets: in a concentrated effort to be some sort of hybrid “poppy, lo-fi jam band,” they end up being neither a good pop band nor a good jam band. I say the former because, despite the number of times I listened to the record, I couldn’t hum a single hook for you besides “To Clean”; I say the latter because I rarely felt enveloped in its atmosphere enough to let it play to the end. Woods certainly aren’t short on influences, but the stitches that hold them all together are still too shoddy to create a consistent record.