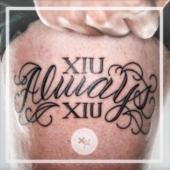 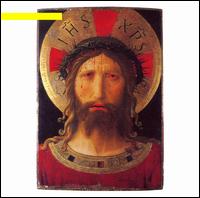 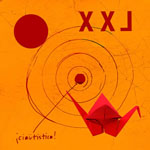 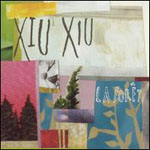 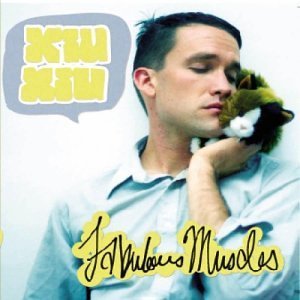 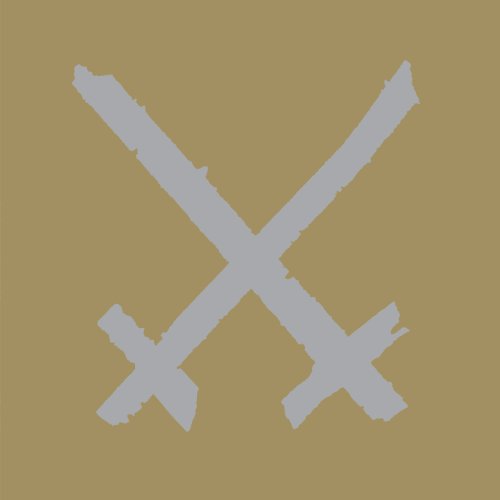 In his most famous piece, More Love Hours Than Can Ever Be Repaid, American artist Mike Kelley stitched dozens of old, scavenged stuffed animals and dolls to an immense canvas. The piece looks like Kandinsky unhinged his jaw, swallowed the entire FAO Schwarz on 5th Avenue, and spewed his guts onto the wall in the shame of what he’d done. The title gets at Kelley’s idea for the work: the hours of labor that went into making each of these toys can never really be repaid to their creators, no matter how much Little Johnny loves his stuffed monkey or albino walrus. As soon as someone gives you a gift, you’re forever plunged into a debt you can never repay. Or, as Kelley puts it, “You’re just fucked then.” The sentiment, like Love Hours itself, is ugly, profound, funny, and deeply unsettling.

Some people who see Love Hours don’t laugh. These are the same people who don’t think Kafka is funny, and they’re definitely the same people who don’t want anything to do with Xiu Xiu. Jamie Stewart’s discography, from 2002’s debut Knife Play through to this year’s Angel Guts: Red Classroom, is another Love Hours. Stewart, like Kelley, is one of our greatest chroniclers of American unease—our guilty sex and sexy guilt—and, like Kelley, what he sees makes him laugh and cry in the same gulped breath. On some level, choosing favorites and least favorites in Xiu Xiu’s catalog feels like nitpicking; the work functions smoothly as a whole, a unique and invaluable statement of purpose stretching into its second decade now. You don’t pick your favorite doll in Love Hours. Fabulous Muscles (2004) could be a green beagle in the upper left corner, or Women As Lovers (2008) could be that anemic ostrich in the upper right. Either way, Angel Guts: Red Classroom fits right into the overall patchwork.

The differences here, compared to 2012’s typically underrated Always, are largely cosmetic. Angel Guts features only analog synths, drum machines, and the occasional live drum kit, and though seeing him perform reveals Stewart for the fantastic guitar player he is, the record’s brittle clatter wouldn’t make much room for that instrument. And Angel Guts is Xiu Xiu’s most overtly abrasive album since A Promise (2003), meaning reviews will mention Suicide roughly twice as often. Otherwise, the ingredients remain roughly the same: there are synth-pop approximations with deft hooks and actual choruses (“Stupid in the Dark”), stately ballads with a twisted gorgeous glow (“Archie’s Fades”), swirling vortexes of manic noise (“The Silver Platter”), and songs about black dicks (“Black Dick”). Throughout, as ever, it’s Stewart’s voice that grounds the music in something recognizably human, his inexhaustibly elastic voice capable of so much but never able to be anything less than beautiful. Even when it’s ugly. Especially when it’s ugly.

And boy, does it get that way. Levity—moments of absurdity and humor so dark it stains—is a crucial aspect of Xiu Xiu’s world, just as it is in Mike Kelley’s. Without the bursts of silliness Stewart splatters all over each of his LPs, the serious despair at the heart of his music wouldn’t feel as palpable. You need the cold seeping through your bedroom window to truly enjoy the warmth of your bed. So, in the midst of restrained, aching sentiments like “Your harmonium plays a chord / I can hear it and I can feel it / across all time and all pain” and “People are meant to be loved / Loved without thought / Loved without thought / in the moonlight,” we also get the childish petulance of lyrics like “Ants in the kimchi / A worm in my stool” and “Adult friends, adult friends / Oink oink oink oink.” That contrast, beauty with stupidity or simplicity with simple-mindedness, is the lyrical equivalent of the way Stewart might slice straight through his most beautiful melody with the noise of a chainsaw or ruinous feedback. It’s why you shouldn’t skip a song as horrible as “Black Dick” just to get to a song as sublime as “Botanica de Los Angeles” more quickly. Xiu Xiu has the courage to force horror to rub right up against real love. It’s like life that way.