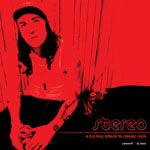 Yelawolf is one of many hip-hop artists to toy with high-concept gimmickry (in this case, rap meets classic rock), but he’s one of the few to realize that enjoyment of such a project cannot hinge entirely on the fascinating moment of unbalanced recognition when hearing someone spit over “Brick in the Wall.” Currently, there’s a Wu-Tang meets the Beatles mash-up floating around the miasma of the Internet and dozens of Myspace rappers who think attempting to flow over “Free Bird” is an innovative idea: these projects tend to only operate as half-hearted tributes, as stoned, 2 AM re-interpretations of Exile on Main Street (1972) that seem to exist because they can. Anyone with some a cappellas, a Radio Shack mic, and a pirated copy of Soundforge qualifies; I didn’t need to hear a version of “Virginia” that opts for blooping Zelda samples over the original’s restrained menace, but it exists.

Of course, there’s nothing objectively wrong with an appropriation of Pink Floyd riffs, and Yelawolf seems to comprehend the disaster with which he’s flirting, so, while he hardly reinvigorates these well-known samples, his approach contains a certain nobility inherent in the avoidance of smacking the listener repeatedly over the head with the tape’s concept. What perhaps distracts us from the obvious sample sources is just how compelling Yela is as a character, how there’s something distinctly alien about his steeze. think Aesop Rock with a specifically Southern swag: his words spill forth in staccato dry heaves and he croons like an Anticon member. He’s someone’s sorta-cool, but mostly creepy older brother, smart but hiding some gross secrets. I mean, “Box Chevy Part 2” is disturbed; the basic premise is simple, wherein his Chevy is his “girlfriend,” but he speaks to his car through much of the song in such a way that it’s easy to forget he’s addressing his whip and not an underage runaway he keeps tied up in his basement. It’s not “Kim” on the “this is some psychopathic shit” scale, but one might need a Silkwood shower afterward.

When not causing listeners to ponder whether or not he’s ever tried to fuck a tailpipe, Yelawolf is offering up demented takes on top 40 radio, hallucinogens, and existentialism. All these topics he mines capably, his language vacillating between feeble and charmingly fractured (“She was ice cold chocolate with a powdered nose”), his brain a garbage disposal chewing up countless musical influences, an array of substances, and a healthy dose of loneliness and then dumping the excrement frivolously. Is the brown sludge that results any good? Enough, I think: some of the tracks fall into the trappings of rap-rock, flailing about garishly, but most fail or succeed on the basis of Yela’s performance. And as a mixtape with an allure worth dissecting, some mildly interesting classic rock tribute isn’t going to entirely prevent that performance from vibrating a few brain cells at the same time.