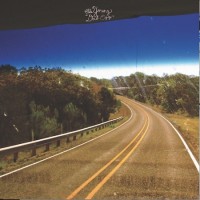 The Young is slow, very slow, on its Matador debut Dub Egg, which is all kinds of surprising when you consider the sunbaked memories this music actually dredges up. As in, what it really sounds like, which is the antithesis of slow and dogged and ill-temperate. Dub Egg is largely celebratory and sunny, whereas their last record, 2010’s Voyagers of Legend, came off like it was sounding the last post for good old-fashioned indie rock. Dinosaur (1985), EVOL (1986), Vampire on Titus (1993)—they all got paid homage to on that record, in the fashion that, say, a pallbearer might pay homage to a dead body by carrying it an extra few metres to the grave-dump.

In hindsight, the unsubtle exhumation of a hundred-and-one indie rock tropes was not unlike that bit in Prometheus where the scientists pistonically insert neuron-enliveners/whatever-that-was into the head of a decapitated though peaceful-looking Engineer. In that scene, the Engineer wakes up to briefly look very disgusted before a series of fleshy warts appear on its face. Then the head is not so much a head as it is a head trying to be a pumpkin—after an all round awesome moment, its expression contorts into a galaxy-bridging fuck all you people, the head finally explodes, juice flies everywhere. To me, the sound the Young hit up on Voyagers is kind of like that. It’s the sound of a team of believers playing their music with a kind of cold-ass, burial-chamber vibe—guitars slotted into dusty interred amplifiers that are then pushed just hard- and sado-masochistically enough to explode in a resolutely entertaining way. So now we come onto Dub Egg, which, despite the title, isn’t very “dubby” at all.

Instead, this is really a tightening-up and taking-stock-type of record. It sounds more relaxed and loose. The band plays better too, so guitars sound less like mummy-wrapping than they do like classically-tuned stringed-instruments designed to be played by people who like to shut up and rock the fuck out. This is definitely a good thing, because it allows the Young to a) slow the hell down, and b) explore how all the spare-parts that make this sound—the guitars that are alternately set to hang, and leer, and play really choppy—might interlock to make stuff that’s more cohesive than what’s come before.

“Livin’ Free” is a case in point: so much more relaxed and outward-looking than anything on Voyagers, it ambles along to mix-quashed lyrics about “the summer breeze,” while the band oozes a new-sound sense of confidence and purpose. Similar to this year’s new Japandroids album, Dub Egg comes off very much like a post-frustration, post-death type of record. But where Celebration Rock swings for the seats, the Young settle back to take stock and explore their new sense of freedom—from the past, from Thurston Moore, from the meteorological dictum that aughts-indie must either be deliberately slipshod or canny and sleek (pleased to meet you too, Divine Fits).

There’s big gains. Songs like “Numb” (where frontman Hans Zimmerman cops to “listening to Gene Clarke”) and “Dance With the Ramblers” are big and sinusoidal in structure, full of bold curves and building movements that, yes, sometimes go nowhere but damn if you want be in awe of how righteously heavy it all gets. That’s as much a result of the slowed-down pace the band’s adopted for this record, as it is the focus on what a guitar can sound like when its langouring over bars and idling over the next chord progression. The antecedents, again, are obvious. There’s strains of Crazy Horse and Built to Spill in each band’s latter, more zonked-out (and less song-specific) incarnations; the black-as-tar drudger-ock of “Plunging Rollers” fairly typifies this, but it also includes a surprisingly tuneful chorus. Elsewhere, there’s a solo on the brilliant “White Cloud,” a song that starts all boogie-woogie, which recalls frickin’ Weezer in their hallowed prime.

It’s derivative at points but then again it kind of isn’t: the Young never fully commit to any one of these modes or sounds and the protean nature of their whole establishment lends this album a total variety. It feels refreshingly honest, particular when you realize that for all the co-option, it’s the Young that mark themselves out on this record: I can’t think of another indie rock band at the moment that sounds this perfectly incomplete. There’s a connection-sized hole somewhere in this music—it keeps it mysterious—but it can also be a bit annoying. Zimmerman’s toned-down delivery and seeming refusal to belt out his lyrics, combined with the slow, slow sprawl of the tracks herein, make Dub Egg an exhausting and arid listen, even when its tracks are so individually satisfying. Often, it’s a record that sounds like it’s embalmed in its own heat-energy. Again, this could prove really amazing, and I hope the Young explored enough on this record to make the next one a return to modes: confident, brash, and effing loud. Pretty please?