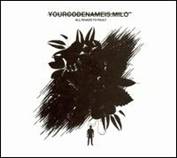 Your Code Name Is: Milo

All Roads Lead to Fault

Featuring a name that has to be a reference to the scheming cafeteria-worker from Joseph Heller’s Catch 22, Your Code Name Is: Milo hail from New Castle. The young band from that special place in England that produces such a fine beer (or at least has a fine beer named for it) have dropped a hot little EP, produced by none other than everyone’s favorite curmudgeon Steve Albini. Now, what better way to generate a buzz than to have that guy produce your first EP? And indeed, the Brits can barely contain their over-eager glee and Polydor has snatched Milo up and will distribute said EP, as well as next year’s debut—to be produced by Flood of Mellon Collie fame! Looks like Polydor likes them, huh?

Well, it appears Universal had made a nice investment, because Milo release a hellacious brew of multi-tiered, melodic math-riffs powered by propulsive rhythms. Featuring at least three guitars layering frantic riffs that owe as much to the Dismemberment Plan as they do to My Bloody Valentine as they do to the Youth (by way of Trail of Dead), the band has a sound that can get absolutely huge at times (thanks, Mr. Curmudgeon). Were it not for their many, many guitars and their ability to create such a jagged, layered sound, the band would be in danger of being just another math-emo wannabe. But the ability to go from quiet to critical melodic mass at the drop of a hat and the non-stop energy of this set gives one hope, and, for the time being at least, separates Milo from the pack.

Schizophrenic song structures back schizophrenic lyrics, and opener “All Roads Lead to Fault” sets the tone. Milo sound nothing like a Brit band, and have far more in common with American counter-parts, as mentioned; apparently Source Tags and Codes (2002) has finally made its way overseas. “First Mater Responds” is a nice tempo change from the all-out rocket-fueled energy of the opening triad, featuring restrained brilliance and multiple complementary riffs. “Lions, the Donkeys” features an extended break-down and serpentine riffs that finally become one chugging, anthemic chorus as the singer asks, “Did you caaaaaaaaaave in?” The final song again features the dueling stadium-sized fuzzed riffs, and occasionally one will surface as every other instrument drops out, only to be rejoined by the scrum. It’s nice.

I’m not sure what the future holds for Your Code Name Is: Milo. There’s bound to be a backlash against a band that’s found major label nirvana and gotten to work with so many well-regarded producers so early without proving a damn thing. Any band that finds so much support so soon runs into the same problems. Regardless, All Roads Lead to Fault features an insane dose of that dreaded word potential, and gives one hope that despite their silver spoon status (or insane good luck, if we’re being generous), Milo is for real.