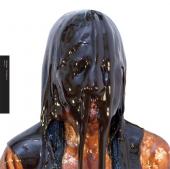 A wave of reverb-heavy, lo-fi pop fronted by women-only groups like Effi Briest or Pocahaunted has been lately joining the ranks of other buzzword-friendly amorphous blobs of hyped music, categorized by things that, if we’re going to get picky, a lot of rock music entails: inscrutable murk veiled behind the dual guises of sex appeal and vague empowerment. Enter twenty-one-year-old Zola Jesus, neè Nika Danilova, who’s become something of a basement Depeche Mode for her previously mentioned peers—minus Depeche Mode’s hooks, composition, or personality. Look no further than the fact that Zola Jesus opened for Fever Ray on her 2010 European tour to get the picture.

The synthesizers on the Stridulum EP are appropriately large, as is Zola’s bored, gothic voice, and together they bounce around an empty central space like confetti made of unfinished Eurythmics demos. The satisfaction with which she unleashes these rough elements upon listeners ends up totally self-defeating, drawing attention to the thinness of the musical and lyrical ideas rather than to any sonic possibility. “You don’t need to worry / I’ll make your bed / And in the end of the night / I will hold your head,” she says on “Night” over a repeating synth line, varying the rhymes over the course of the song but little else. The broad, early-TV On the Radio atmosphere she’s refined could have easily developed deeper entendres and riskier intentions. Instead: nobody needs to worry, the music need not go anywhere—and eventually all engaging sentiment dries up.

The choppy drums of “I Can’t Stand” remind of the intro to “Hounds of Love,” but unlike with Kate Bush’s compositions, there’s never any sense in Zola Jesus’s music of a multi-dimensional human being doing human things. She just sounds like she’s already got it all figured out: “It’s not easy to fall in love / But if you’re lucky you just might find some fun,” she intones, and it’s this attitude of having proudly discovered a shallow, useless truism that defeats nearly every potentially generative idea on Stridulum. Such bites of pseudo-wisdom could work if the music compensated by going big and transcendent, and, conversely, her balsa wood beats and limited melodies would be perfectly suited to support a more ambient-based approach or denser lyrical content. But the only ambition she seems to have is strictly volume-related. Closer “Manifest Destiny” finds her whooping on staccato synths and letting loose her cavernous voice, but by emphasizing treacly Lifehouse-lite lines like “I only know one place where I have to be / And it’s got to be with you,” she transmogrifies her golden assets into shit, a student of some horrible reverse alchemy.

Maybe the only relatively successful moment on all of Stridulum is the two-minute “Trust Me,” which dials down the excruciating volume (of both her music and her attitude) for what amounts to an outsider version of a ’60s ballad recorded, in anachronistic splendor, by a young goth. For once, with one track, Zola Jesus’s ideas sound nourished; a briefly building Lynchian soundtrack theme and her overpowering vocals combine in an empty room to make something strikingly vulnerable. It’s simply a glimpse of something better for an artist already a few albums into a potentially long career, but if she could again capture the short, visceral moment of indecision and struggle on which “Trust Me” me so deliciously vibes, then her next LP could be something truly worth hyping.